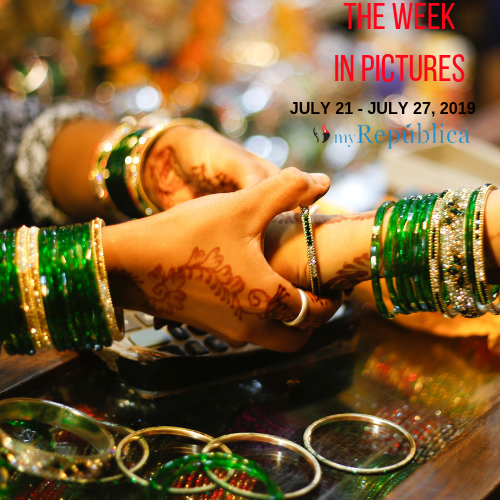 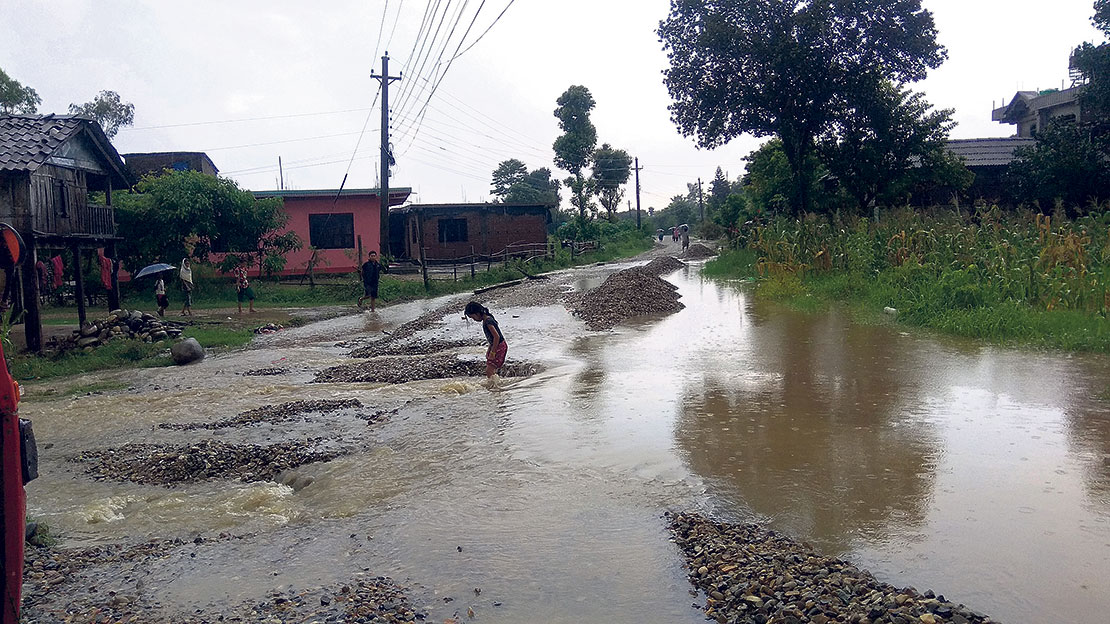 July 23: A motorcycle struggles to get past a muddy section of Charikot-Khadichaur road on Tuesday. The road which is considered the lifeline of Dolkha is in a sorry state, especially during the monsoon, since the last four years due to the negligence of the contractor. Photo: Ramesh Khatiwada/Republica 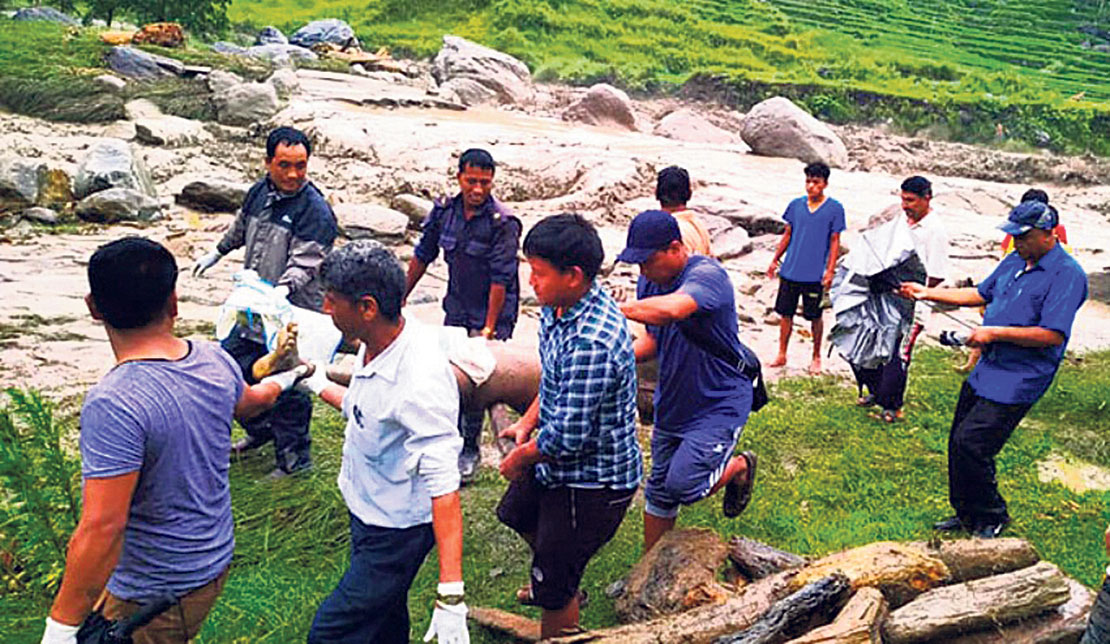 July 24: Police and locals retrieve a body after massive flooding at the Dordikhola river in Lamjung on Wednesday. Three people have been confirmed dead and several others are out of contact following the flooding on Wednesday afternoon. Photo: Kisan Sangeet Nepali/Republica 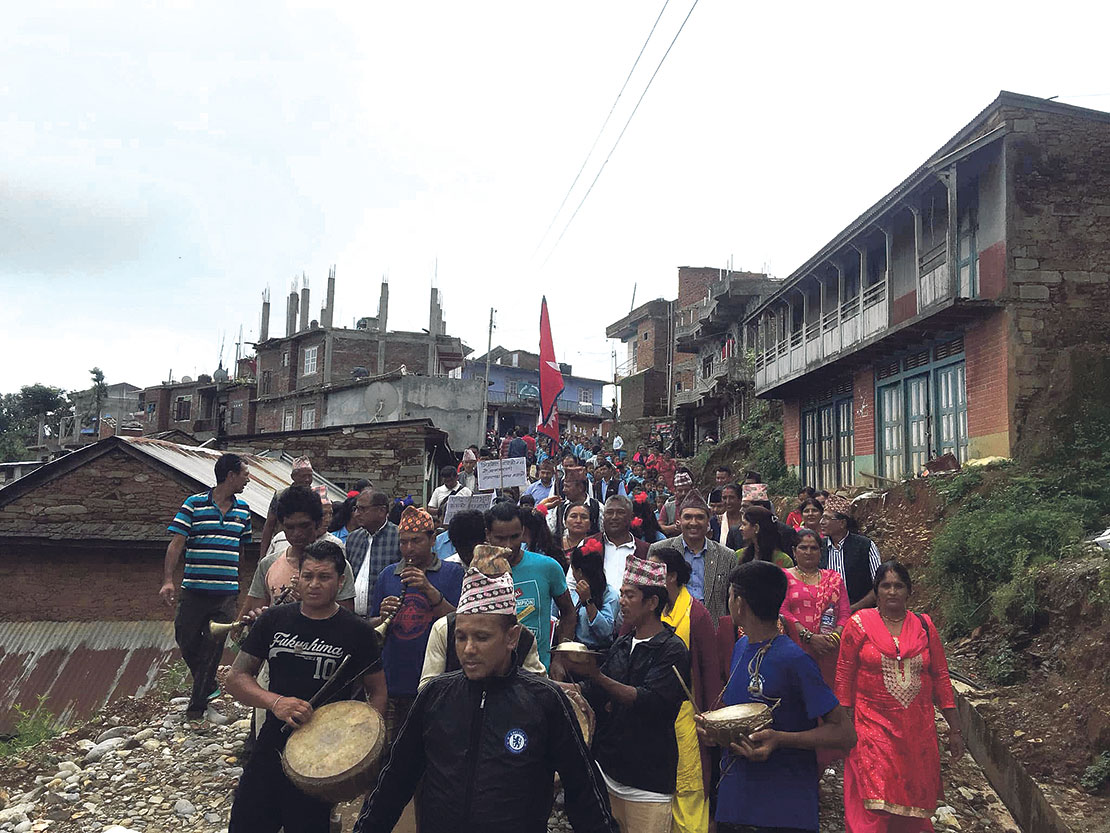 July 25: People in Bhimsen Thapa Rural Municipality of Gorkha district take out a musical procession on Thursday to mark the 244th birth anniversary of National Hero Bhimsen Thapa. Thapa was born in Gorkha on Shrawan 9, 1842 BS. He served as mukhtiyar, which is akin to prime minister, during the reign of King Rana Bahadur Shah. Photo: Republica 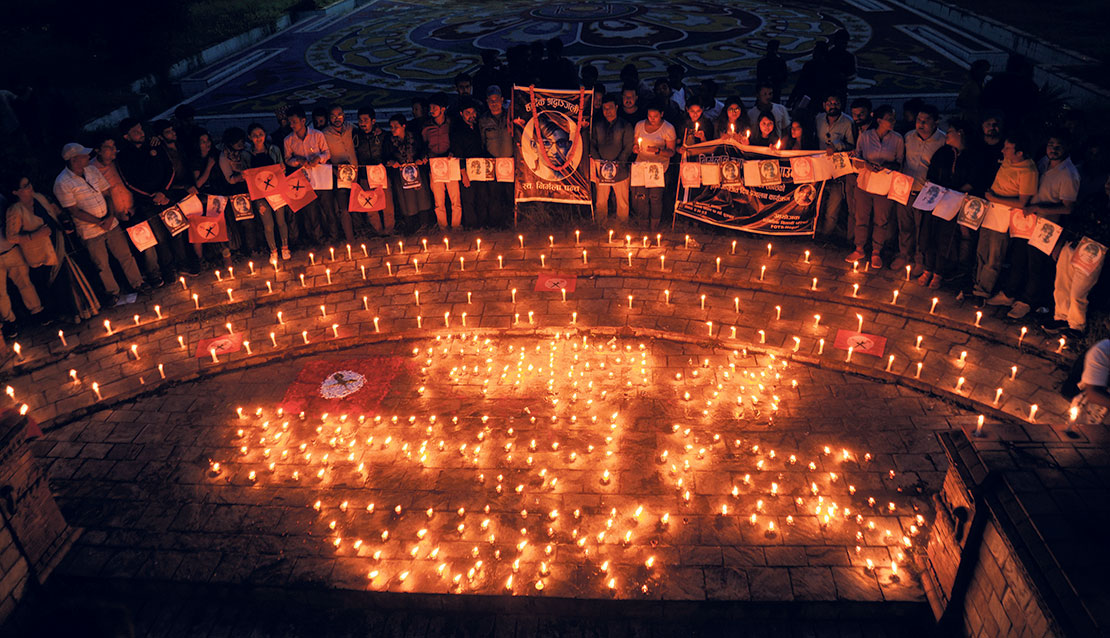 July 27: Members of Nepal Students Union, the student wing of the main opposition Nepali Congress, light candles at Maitighar Mandala, Kathmandu on Friday in memory of Nirmala  Panta, a teenage girl who was raped and killed in Kanchanpur a year ago. Photo: Keshab Thoker/Republica