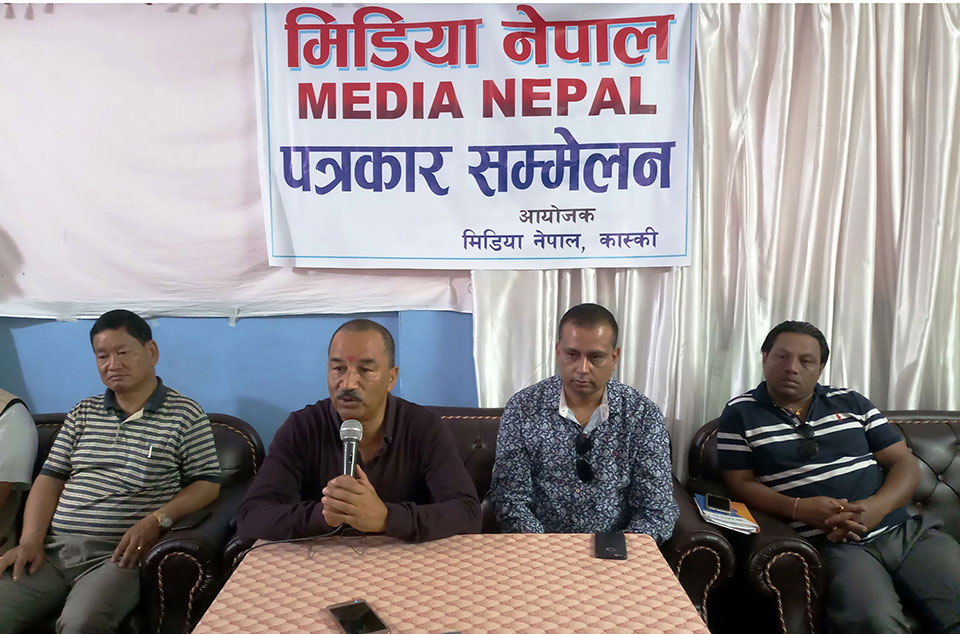 POKHARA, June 6: Chairman of Rastriya Prajatantra Party (RPP), Kamal Thapa, has informed that his party was launching a national campaign to make the people aware and exert pressure on the government.

At a progrmme organized by Media Nepal and RPP Kaski chapter here today, Chairman Thapa said the party was holding programmes in Mustang, Myagdi, Parbat, Kaski, Tanahu, Lamjung and Gorkha under the second phase of the national campaign.

Making comments on the budget the government brought recently, Chairman Thapa stressed that the adequate employment opportunities must be created within the country to wipe out unemployment and poverty.

According to him, the rebellion waged by Biplab at a time the peace process has already concluded, was a new challenge before the country. He also said his party would continue efforts to get unified with the political parties having similar political thoughts.