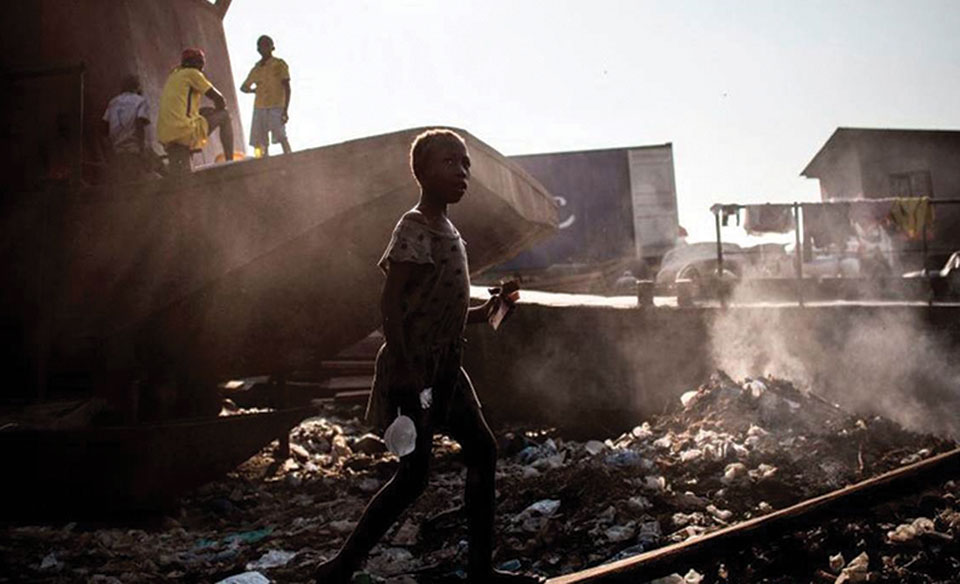 Globally, inequality has been declining, because many more people in the developing world have emerged from poverty

LONDON – From their ivory towers, nearly 240 academics have declared that economic growth is bad for Europe and the planet. In two months, they and global supporters of the “no-growth economy” have held conferences in Mexico City, Malmö, and Brussels.

Their efforts herald a return to an earlier, thoroughly debunked form of alarmist environmentalism that is detached from reality and disdainful of billions of the world’s people.

The campaigners claim we must stop economic growth because the planet is crossing environmental boundaries, and inequality between humans is increasing.

Environmental concern
But for the most important environmental issues, economic growth has solved problems, not created them. The cleanest places are not the poorest countries, but the richer economies that have cleaned up their act. As societies become richer, individuals can afford to stop worrying about food and sanitation, and to start worrying about the environment.

Indoor air pollution is the world’s biggest environmental killer, claiming lives because poor people burn dung and wood for cooking and heating. As societies get richer, people can afford cleaner technology. In 1990, indoor air pollution caused more than 8 percent of deaths; in 2016 it was 4.7 percent . Each year 1.2 million fewer people die from indoor air pollution, despite an increase in population.

Outdoor air pollution worsens as societies first leave extreme poverty. But then it declines markedly as growth, technological change, and public attitudes affect policies and regulations. In China, for example, sulphur dioxide emissions peaked in 2006 and have been declining since.

The world’s forests tell a similar story. For most of human history, trees were decimated wherever humans settled. Higher agricultural yields and changing attitudes have meant rich countries are increasingly preserving forests and reforesting.

Moreover, economic growth delivers improved access to all the vital things that most people on the planet demand or want: health, education, security, and mobility.  Both within and between countries, life satisfaction increases with higher incomes. A study in Europe asking whether prosperity enhanced quality of life found that, “Europeans’ life-quality is better in wealthier societies.”

The no-growth campaigners claim that inequality is at the heart of their concern, but they studiously ignore the vast majority of the planet. The US has experienced a clear increase in inequality: the top one percent  earned 18 percent  of income in 1913; this fell to 10.4 percent  in 1976, and returned to 20 percent  in 2014. But the experience is markedly different in most of the world, including continental Europe and Japan, where the top 1% earn about half what they did 100 years ago. Globally, inequality has been declining, because many more people in the developing world have emerged from poverty.

Growing gap
Income is not the only indicator of inequality that is dropping. Half of all welfare gains from 1960 to 2000 come from us living longer, healthier lives. In the past half-century, the gap in life expectancy between the world’s wealthiest and poorest countries has narrowed from 28 to 19 years. As a result, lifespan inequality is lower than it has been for two centuries.

Global trade and economic growth have transformed lives on a scale that was once unimaginable. Two centuries ago, around 94 percent  of the planet was impoverished. In 2015, the World Bank found that for the first time ever, less than 10 perncent  of the world’s population was living in extreme poverty. Between 1990 and today, the number of people living in extreme poverty fell by more than one billion.

The latter-day Malthusians are opposed to extending these tremendous benefits to more of the world because they believe that global warming will be so bad that it justifies stopping growth. This contradicts the United Nations Intergovernmental Panel on Climate Change (IPCC), which says, “for most economic sectors, the impact of climate change will be small relative to the impacts of other drivers” like changes in population, age, income, and technology.

According to the IPCC, the total impact of climate change amounts to about zero percent of GDP now, and in 2100 will cost 2-4 percent  of GDP. That’s a problem, but not one that remotely justifies blocking people’s opportunity to lift themselves out of poverty.

The solution to climate change – like so many other challenges – will come from technology. We need to work far harder to make green energy cheaper and more efficient than fossil fuels, so we can continue to lift millions from poverty without emitting carbon dioxide.

With blinkered analysis and misplaced concern, the academics essentially say that to reduce global warming slightly, we should end growth that can lift hundreds of millions out of poverty, avoid millions of air pollution deaths, and give billions the opportunity of a better life through improved health care, shelter, education, and income.

There is something deeply disturbing about academics’ telling others to forgo the benefits they have enjoyed. What the world really needs is far more growth and far less hypocrisy.

Bjørn Lomborg is Director of the Copenhagen Consensus Center and a visiting professor at the Copenhagen Business School.
© 2017, Project Syndicate
www.project-syndicate.org

In the last few weeks all outlets of The Bakery Cafe in the valley have reopened their hubs for another... Read More...

Let's not overshadow the issues that Prem Archaya tried to raise: Dr Toshima Karki
58 minutes ago