Why family planning is a smart investment 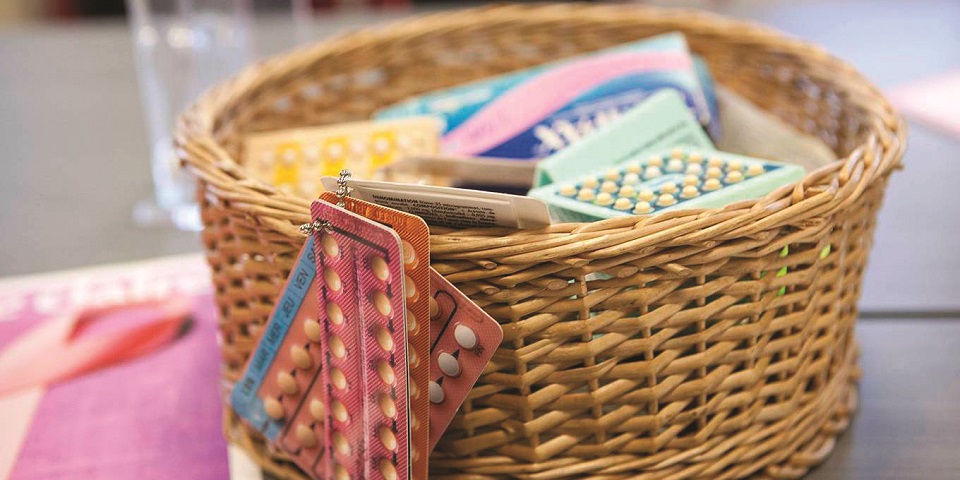 PRAGUE – Political crises, scandals, and dysfunction continue to dominate the global news agenda. Unsurprisingly, therefore, many people missed the United Kingdom’s announcement last month that it will spend £600 million ($779 million) to provide 20 million more women and girls in the developing world with access to family planning.

But the UK government’s decision—based on research by the Copenhagen Consensus Center that shows family planning is one of the smartest possible development investments—is a vitally important one. Currently, hundreds of millions of women are unable to choose the number, timing, and spacing of their children—sometimes with fatal consequences, because unwanted pregnancies can claim the lives of young mothers and infants. Moreover, because universal access to contraception boosts growth, there are powerful economic arguments for making it a high priority.

In developing countries, 214 million women of reproductive age who want to avoid pregnancy are not using a modern contraceptive method. Nearly one-quarter of women in Africa, and one in ten in Asia, Latin America, and the Caribbean, have an unmet need for family planning.

Four years ago, world leaders pledged to achieve universal access to family-planning services by 2030. Yet, in 2017, the latest year for which data are available, global donor funding for such services was around $1.27 billion—well below the peak of $1.43 billion in 2014. Clearly, more governments need to follow the UK’s example.

Some family-planning programs are chronically underfunded. US President Donald Trump’s administration, like its recent Republican predecessors, has abandoned many such initiatives because it does not want to use US taxpayers’ money to finance abortions. (Overall US development spending, however, has remained steady.) But the Trump administration’s policy may fail to achieve its intended goal: according to a Stanford University study, a similar US law under then-President George W. Bush resulted in more abortions because it cut funding to NGOs that provide contraceptives.

The Copenhagen Consensus Center research used by the UK government shows why we should strive for universal access to modern contraception. In the study, Hans-Peter Kohler and Jere Behrman of the University of Pennsylvania estimate that it would cost about $3.6 billion per year to provide family-planning services to those 214 million women who lack access.

Closely spaced and ill-timed pregnancies and births contribute to high infant mortality rates, while evidence suggests that women who have more than four children face an increased mortality risk. Kohler and Behrman estimate that achieving universal access to contraception would result each year in 640,000 fewer newborn deaths, 150,000 fewer maternal deaths, and 600,000 fewer children losing their mothers. Quantifying these health benefits in economic terms, Kohler and Behrman find that every dollar spent on improving access to contraception generates $40 worth of good to society.

That is impressive enough. But poor countries with greater access to contraception also stand to benefit from a “demographic dividend”—specifically, the accelerated economic growth that can result from an increase in the ratio of working-age people to dependents.

In least-developed countries, more than 40 percent of the population typically is under the age of 15, and depends on working-age adults for financial support. But when women can choose when and how often to become pregnant, they are more likely to have fewer children, and are better able to achieve their desired family size. When birth rates fall, the number of dependents shrink relative to the working-age population. With fewer people to support and, eventually, more working-age people, a country has a window of opportunity for rapid economic growth.

Furthermore, having smaller families allows parents to invest more in each child. Children with fewer siblings tend to stay in school longer, for example. And with fewer children in each age cohort, each child also will be able to use more of society’s capital, making them more productive.

In total, these demographic benefits add up to $288 billion per year, according to Kohler and Behrman. When we add this demographic dividend to the health benefits, every dollar spent on improving access to family planning achieves $120 worth of social good.

That represents an absolutely phenomenal investment. In fact, an expert panel of economists assembled by the Copenhagen Consensus Center, including two Nobel laureates, concluded that universal access to family planning—along with freer trade, better nutrition, immunization, and investment in preschool education—is one of the most powerful development goals that the world could pursue.

Now it is incumbent on other governments and donors to match the UK’s financial commitment to making family planning more widely available. Achieving universal access to contraception would save and improve millions of lives, and put societies on a faster track to shared prosperity. With so much at stake, the world should devote far more attention and resources to this goal.

Bjørn Lomborg, a visiting professor at the
Copenhagen Business School, is Director of the Copenhagen Consensus Center.

Over 47 million women could lose access to contraception, leading to 7 million unintended pregnancies across the world in the coming months: UNFPA