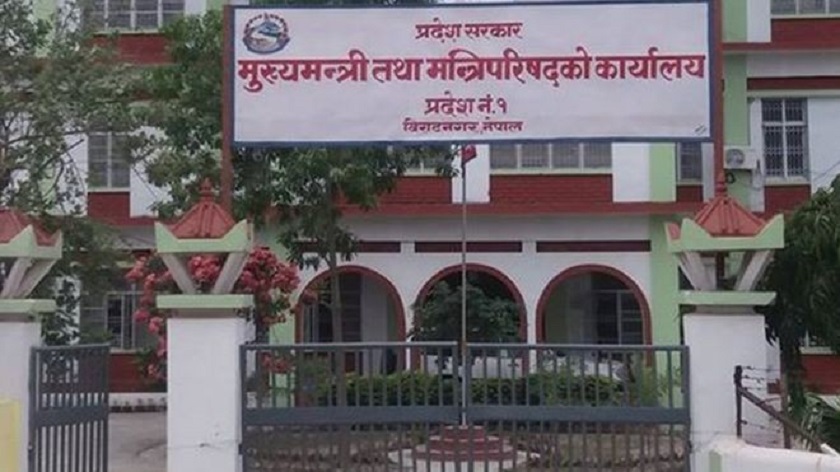 BIRATNAGAR, July 31: A meeting of the Council of Ministers of State 1 today accepted the bill to make provisions about the Manmohan Technical University.

Similarly, it granted permission to amend work procedures in regard to employees' installation and transfer. The work procedure has been revised to keep the rights to install and transfer employees of ninth and tenth-level within the Office of Chief Minister. A task force has been constituted under the convenorship of state chief secretary for the purpose of a survey of organization and management (O&M).

The meeting has directed for immediately starting works relating to transform the state into a digital one which was started in the state's policies and programs and budget for the current fiscal year. More, it has given permission to undertake the tourism trekking route development projects aims to support the local economic development. It has approved work procedures related to the selection of agricultural officers, technical assistants and deputy technical assistants on a contract basis to cope with the crisis of employees.

The concept papers about state road assistance project and irrigation have been accepted by the meeting which also approved the guidelines in regard to the formation of the state labor council of the social development ministry and work procedure concerning the formation of a state-level committee of people with disabilities, according to the spokesperson.

PHOTOS: Fishing craze in Pokhara
8 hours ago
Registration of over 300 manpower companies likely to be scrapped
11 hours ago