Smart toilets being built in Rupandehi 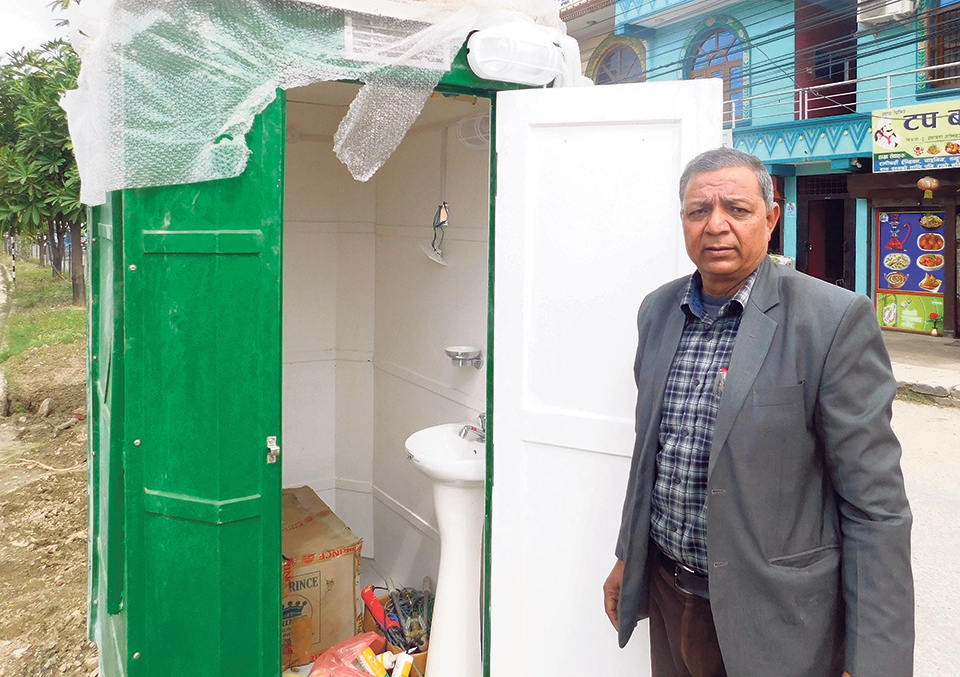 BUTWAL, March 18: A total of 23 smart toilets are being constructed along a six-lane road in Shankarnagar, Rupandehi. Shankarnagar Drinking Water and Consumers Cleanliness Institution is building an ultra-modern smart toilet system for the first time in Nepal. The toilets are being built on the space available between the main lane and the service lanes that were initially allocated for building a flower bed. However, considering the pedestrians' needs, the toilets are being built on both sides of the road next to the service lanes.

The toilets which are being built on whatever land is available between the main lane and the service lanes are well-facilitated and have water, soaps and even mirrors. It will be of great help to the pedestrians.  According to the secretary of Sankarnagar Drinking Water and Consumers Cleanliness Institution, Hari Tiwari, there are about 10 such toilets being built between Yogikuti-Drivertole on the Butwal-Bhairahawa six-lane roadway while 13 such toilets have been built in Magarghat area around the Tinau riverbank.

A total of Rs 10.13 million was allocated by the Institution for building these 10 single-seated and 13 double seated smart toilets. “The 10 toilets between Yogikuti and Drivertole are single-seated while the 13 toilets built in Magarghat area are two-seated,” said Tiwari. The Institution imported the toilets that use biotechnology from an Indian company named Elefo Biotech pvt Ltd. Tiwari said that as these toilets have bacteria from before, there won't be the problem of the safety tank being filled.

Human excreta from a single person can help these bacteria live for about 40 days, it is said. Due to this very reason, the bacteria kept in the toilets from the very beginning work for a long time. Shankarnagar Rular Municipality was declared an open defecation-free zone in January 2011.

Secretary Tiwari also explained that these smart toilets have been built considering campaigns like Green and clean Tilottama Campaign and its declaration as an open defecation-free zone.

“This is the first time that smart toilets that use bacteria to decompose human excreta have been built in Nepal,” he said.

The locals have also praised this initiative of the institution believing that there are a lot of benefits that follow.

These toilets will be open for 24-hour services providing amenities like water, electricity, fan, and various sanitary equipment. These toilets that are currently under construction will be ready for use from April this year.

Smart toilets built for the use of pedestrians will be cleaned at least three times a day. The Institution will assign a dedicated person for this job and will also connect electricity to the toilets once they completed.

Currently, the Institution has been distributing water to 6,263 households in the area.

Belahiya-Butwal road starts cracking even before completion of project

PM Dahal holds meeting with UML Chairman Oli, RPP Chairman Lingden
10 hours ago
Bill on money laundering to be amended through fast track process
9 hours ago
If you want to seek your property share, go to Baluwatar: MP Agrahari
7 hours ago