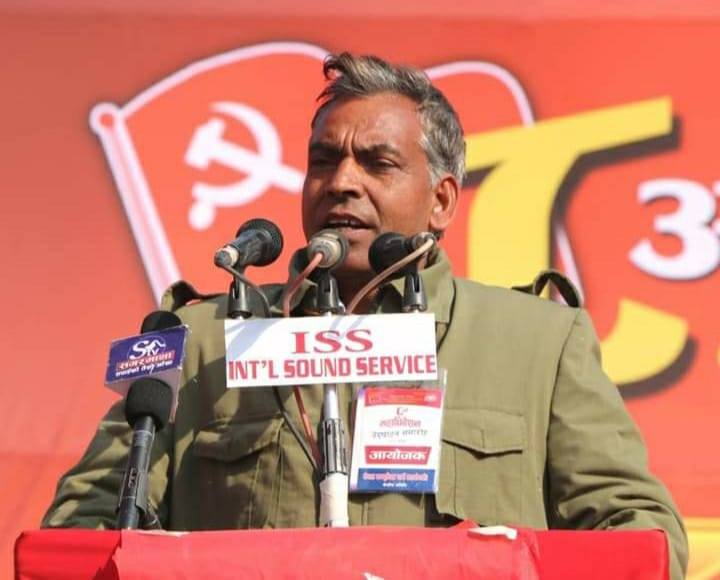 KATHMANDU, Feb 22: Police have rearrested a secretariat member of the Netra Bikram Chand-led Communist Party of Nepal (CPN), Dharmendra Bastola even as the Supreme Court ordered the government to release him unconditionally.

Police arrested Bastola shortly after he exited the main entrance of the Supreme Court on Monday afternoon. In his brief comments to media persons after the court’s order for the release, Bastola had said that his party was ready to sit for talks with the government if the government lifted restrictions put in place against their party and its activities.

A joint bench of justices Meera Khadka and Sushma Lata Mathema had earlier issued the order to release him in response to a habeas corpus petition filed by Anima Bhanadari Bastola on behalf of the arrested Bastola. Arguing that it is not justifiable to keep Bastola in judicial custody, the joint bench ordered the government to free him from the illegal detention.

Bastola has been kept in custody at the Metropolitan Police Range Office, Singh Durbar since he was arrested from Lalitpur on January 13. Sources said police are preparing to file a case for possessing illegal arms and ammunition against him. He is being sent to the District Police Office, Kavre, for further investigation into his involvement in various criminal activities.

Although the court earlier ordered the authorities to release Bastola, police arrested him immediately after his release. The court has also warned that police personnel involved in his arrest even after its order will be liable for punishment.

The apex court’s order to release Bastola comes in the wake of the Chand-led Maoist party expressing its readiness to sit for talks with the government. The outlawed group has asked the government to create a conducive environment for the talks.

Manaslu avalanche: One killed, several others injured
56 minutes ago