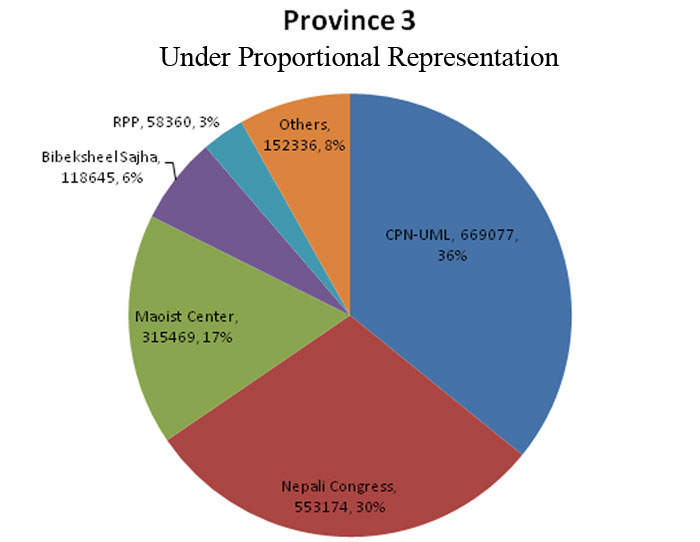 KATHMANDU, Dec 15:  Vote counting under Proportional Representation of all election constituencies will complete today, Nawaraj Dhakal, spokesperson at the Election Commission said. So far, votes of Province 3 and 4 have been completed.

“So far, we have finished vote counting of 71 districts. Final results of remaining six districts will be completed by today evening,” Dhakal said.

Five political parties mentioned above have crossed provincial threshold of 1.5%.

UML is likely to get a minimum of 24 seats, Nepali Congress (20), Maoist Center (13), Bibeksheel Sajha Party (4) and RPP (3) seats, according to the Sainte-Lague method. The method is a highest quotient method for allocating seats in party-list proportional representation.

According to the Sainte-Lague method, CPN-UML, Nepali Congress, Maoist Center, Naya Shakti Nepal and Rastriya Janamorcha will get a minimum of 15, 14, 5, 1 each seats respectively.

KATMANDU, Dec 22: CPN-UML has bagged the most seats in the provincial assemblies under the proportional representation (PR) category. ... Read More...