KATHMANDU, August 23: The ruling alliance has expressed serious concern over the threats issued by a group of CPN-UML lawmakers against Speaker of House of Representatives (HoR) Agni Prasad Sapkota.

Issuing a joint press statement on Monday, the ruling Nepali Congress (NC), CPN (Maoist Center), Janata Samajbadi Party and Rastriya Janamorcha Party expressed serious concern over the threat issued against Speaker Sapkota. They maintained that the threatening remarks made by the UML lawmakers against Speaker Sapkota go against the constitution and the parliamentary democratic system. 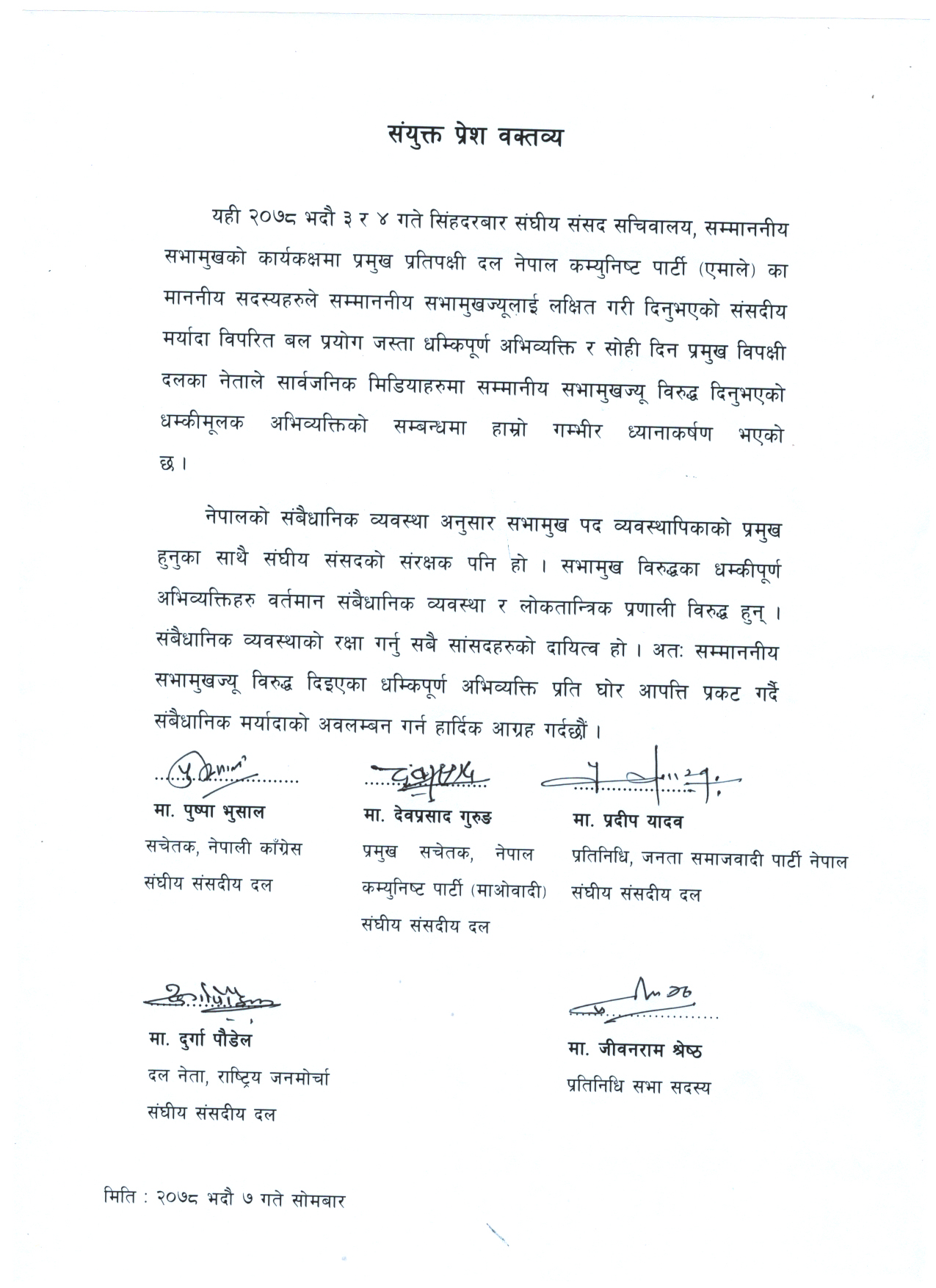 KATHMANDU, March 16: UML lawmaker Shivmaya Tumbahamphe has been elected as Deputy Speaker of the Federal Parliament on Friday. ... Read More...