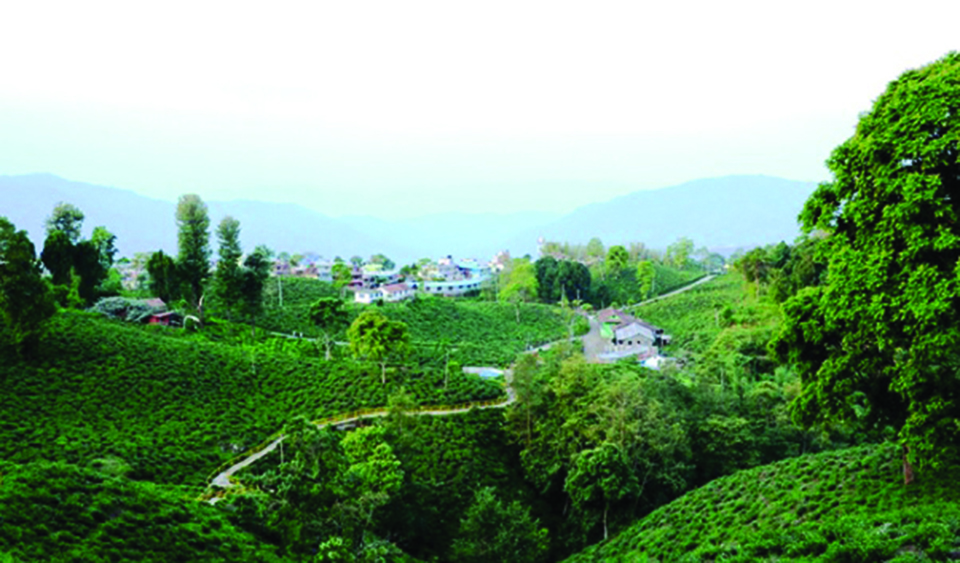 It’s often said that enacting a law but tolerating its infringement is worse than not enacting the law. The continued tolerance of such violation of law not only renders legal provisions in a suspended animation but such tolerance by the enforcement agencies encourages lawlessness and adoption of means which ought not be tolerated in a civilized society. In this context, environment-friendly and traffic-related laws must be the most violated ones.

All that Nepal needs to do now is implement them in letter and spirit. Pollution brings hazardous substances in environment that damages the ecosystem. Environmental degradation poses risks to human health and property, plants, animals, habitats and ecology. In the presence of pollution and poverty, there will be no prosperity. The three ‘Ps’ cannot go together.

The environmental protection is integral to achieving “sustainable development,” which was advocated during Cocoyoc Declaration on Environment and Development in the early 1970s and then in 1972 Stockholm Declaration (1987), Brundtland Commission Report and Earth Summits. The term ‘sustainable development’ is unanimously defined as the development that meets the needs of the present without compromising the ability of the future generations to meet their own needs.

The plain reading of this definition makes it clear that there should be some limitation on development activity and human welfare should be put above such activities. It aims to ensure equal distribution of resources among the present and future generations. Sustainable development, therefore, is the first and foremost concern of a green democracy.

Second, Stockholm Declaration (1972) recognizes that the poverty is the worst form of pollution. Principles 4 and 25 of Rio Declaration (1992) rightly provisions that peace, development and environment are interdependent and indivisible. Inequalities between citizens, poverty, ill-health, hunger, or illiteracy invite deterioration of environment. Poor people, who have no access to food, clothes and shelter, cannot possibly think of environment protection and promotion.  Poverty and lack of development are the major components of pollution in developing countries like Nepal and India. They need to be addressed timely.

Third, Nepal does not have to become the victim of trans-boundary pollution. The developed states play a key role in climate change due to their over production, nuclear radiations, over exploitation of natural resources, industrial wastes or their approach of prioritizing development over environment. The 1979 Convention on Long Range Trans-boundary Air Pollution agreed in Geneva was a special and leading instrument to combat the adverse effects of trans-frontier pollution that originates in one country and disturbs the neighboring countries. If the message of this convention is something to stand by, Nepal has all the right to claim compensation from the Indian government or the industries located across the border which causes pollution or whose irresponsible disposal of pollutants in the form of air or water causes harm to Nepal’s ecology. It’s high time to initiate a fresh debate on the closure of brick-kilns or the industries operating in the bordering areas which have potential to harm our ecosystem. It may be noted here that no state has the right to use or permit the use of its territory in such a manner as to cause injury to the territory of another.

Fourth, there is a dire need of initiating an organized environmental advocacy alongside judicial activism. This approach may ensure a ‘balance’ between environment protection and development. But, do we have right mechanism to strike that balance? Not yet. From Bagmati river pollution, to the air pollution of Kathmandu, to the proposed international airport at Nijgadh that demands chopping down of millions of trees, environmental issues remain highly contested.

Keith Hawkins, the celebrated commentator of Environmental Law, has rightly observed that pollution control is done in a moral, not a technological world. It means pollution is a business of shame in environment. The soil of Nepal is very fertile. So, the foundation of the Himalayan Republic rests on the strong foundation of ethics, morality. Nepal deserves a clean and green environment.

Moreover, the regulator has discretion as to how it will enforce compliance with the relevant command and control regulatory regime. The regulating agency should come in motion to impose penalty for environmental damage or breach of law and license. If the regulator remains inactive, pollution becomes an administrative creation.

The judicial response in environmental litigations has to be very positive and smooth. Pollution, a civil wrong by its very nature, is a crime against the whole society. “A person, therefore, who is guilty of causing pollution has to pay damages (compensation) for restoring environment and ecology,” held the Supreme Court of India in a landmark case of MC Mehta v Kamal Nath (2000). The court argued that the state as a trustee has a solemn duty to protect, preserve and provide a healthy environment to its subjects.

Similar concept was acknowledged by Nepal’s Supreme Court in the case of Yogi Narhari Nath vs Government of Nepal, Surya Dhungel vs Godavari Marbles and Prakash Mani Sharma vs Government of Nepal among others. If we can implement these rulings, Nepal would be headed toward a truly green republic.

Trees such as Neem and Ashoka, which absorb sound vibrations to a great extent, should be planted on the both sides of roads, around hospitals, libraries, schools, colleges to reduce the menace of noise pollution. God is not deaf. Use of amplifiers in prayers and religious ceremonies should be restricted. People should be made aware of the adverse consequences of environmental pollution and they should not only protect and improve environment but also ensure compliance of anti-pollution laws.

Development should take care of both economic and ecological sustainability. As we think for the present, we must not forget the future. We owe to future more than to present.

A traitor like Madhav Nepal has no space in the party: UML Chairman Oli
19 hours ago
Only 16 percent of construction of Kathmandu-Terai expressway completed in past four years
18 hours ago

Yadav elected as PP leader of JSP
21 hours ago