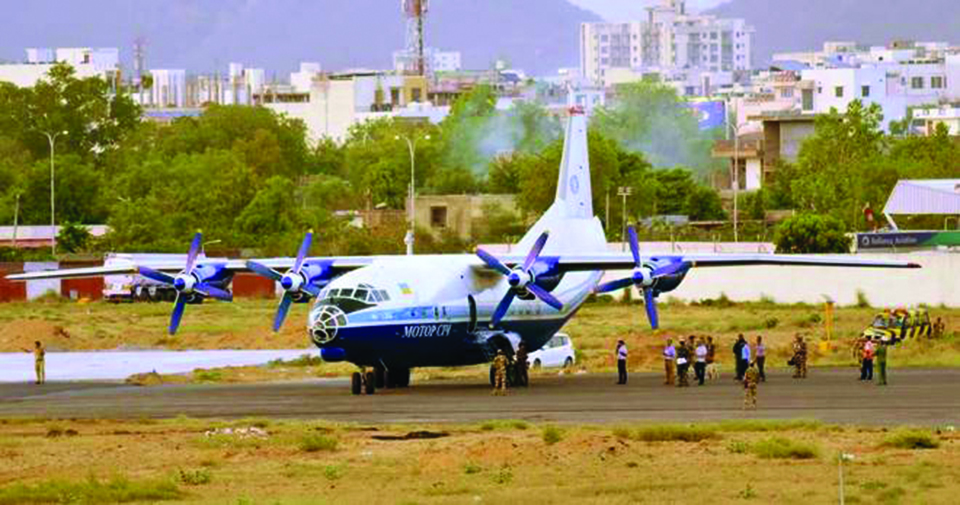 Overflying ferry flights, destined to Nepal, were compelled to land under one pretext or another or held up in countries outside India for days before permits were issued

This piece is a mix bag of past and current aviation happenings, in and around our neighborhood, that are serious, sensitive and even outright dumb. The most serious one, that is not much in news, relates to Pakistani closure of trunk airways. It has not just inconvenienced India, if that was the real intention, but has ended hurting many airlines including RA. While Pakistan did open a very small stretch in Baluchistan eventually the bulk of east-west traffic between Europe and Asia are still compelled to detour wasting time and fuel.

Further, there are also similar restrictions in the Gulf region because of soured relations between Qatar and its neighbors. When will the neighbors mend their relations and let the air traffic flow as before is the question that begs an answer. Does anyone in the Montreal-based organization, ICAO, feel responsible or ashamed for being incapable of doing anything at all? So much so, India even scrambled fighter jets to intercept a lawful cargo flight that was heading nowhere but Delhi. Its only fault was it happened to enter India through the airway that is not in use due to Pak ban. Was it so ominous that fighters had to be scrambled to force down a turboprop like AN-12 or it turned out to be a god send opportunity to impress voters during election time?

As for dumbest example, nothing possibly can beat the case of Air India Express flight from Abu Dhabi to Kochi that ended in an open drain that did not just break the nose wheel assembly but also captain’s ego in 2017. After having successfully landed in heavy rains, he brushed aside suggestion from the first officer (FO) to request for a “Follow me” vehicle as the ground visibility was very poor. The problem was that the FO was his 30 year junior and a female at that.

Talking about past cases, there were two interesting Delhi-centered aviation stories in 2010. The first one was related to a small single engine aircraft which made an unannounced landing in Delhi during peak hours. Obviously, this caused a palpable scare following the Twin tower tragedies of 2001. This particular aircraft was on way to Dhaka from Karachi. Imagine what must have gone through controller’s head on spotting a “blip” proceeding undaunted toward Delhi not responding to repeated and frenzied calls to identify. Apparently, the odd behavior was simply the result of failed radio. There are laid out procedures for such eventualities, but the two Belgians were either unaware or just stupid.

It is usual in this part of the world that flights of foreign private aircrafts are less common, overflying ones are even rarer. India, with inherent security concerns, looks down on these with much disdain. Past instances speak of overflying ferry flights, destined to Nepal, were compelled to land under one pretext or another or held up in countries outside India for days before permits were issued.

Yet another story around the same time relates to two middle-aged hardcore aviation enthusiasts who were, literally, caught with their pants down and intense media attention. The two Brits happen to track aero channel (AIR frequencies) with scanners, laptops and binoculars, staying put in a top floor room of a Delhi hotel with a clear sight of the airport and its traffic. It was far too exciting for the media bent on giving a “spying” twist to the story. Such harmless pursuit is quite common in the West as enthusiasts vie in identifying as many aircraft as possible with tail number/registration armed with nothing more than an AIR radio, a pair of binocular and a logbook. While things have become easier with the advent of internet it offers a different sort of charm to do so at the airport sighting objects of interest. Unfortunately, it is still not understood as a genuine and benign hobby in this part of the world.

Having failed to find any malicious intent the duo were booked “under an antiquated provision of Telegraph Act” said The Indian Express in its editorial. While rubbing salt on the Indian wound, the British maker of the receiver/radio sided with the enthusiasts by shouldering all their legal expenses. Only fools would have missed the free worldwide publicity the opportunity offered. The court eventually let them free after imposing a fine high enough to salvage India’s pride.

On our side, we seem to have one “known” case from 2005 in which an unauthorized overflying aircraft from Lilabari (Assam) to Delhi was also forced to land at Kathmandu. Air traffic in and out of Nepal consists almost wholly of scheduled carriers. For that reason, the inability to ascertain the exact status of flight of the Austrian registered aircraft raises serious question about CAAN’s vigilance capability. Emboldened by having over flown Nepali territory unnoticed earlier, the aircraft darted off north-west towards Tumlingtar instead of heading south through the airway (W105 - W69) through the “chicken neck” on its return leg two days later.

The lack of interest on the part of Indian TV channels was understandable, but had it been an Indian aircraft they would have blown it over many times as they did during the episode of IC814.  The Hindustan Times, however, could not resist the temptation by putting a headline like “Nepal fines Indian jet plane before letting it go” helping support my assertion. The PTI filed report did not however explain how an aircraft registered in Austria and owned by a company there became “Indian”. It shows that when maligning Nepal is the intent the media would rather not check the facts. But by charging a fine of mere 10,000 rupees per head against the three man crew, Nepal government, on its part, did set a poor example that aerial trespassing was not a big deal anyway.

India has a system in which each flight, including even those of scheduled airlines, is required to secure Air Defence Clearance (ADC) and Flight Information Centre (FIC) numbers, a mandatory requirement before entering Indian airspace. The Indian stance seems to have hardened further following the infamous night time arms dropping incident over Purulia (West Bengal) in 1995. The authorities did not get the wind until after the villagers discovered huge cache of arms next morning, long after the aircraft had vanished.

The aircraft involved in Purulia had almost escaped unnoticed as it overflew peninsular India on its return leg couple of days after. Indian Air Force had to send fighters to intercept it over the Arabian Sea and force it back. It looks like all boils down to “pride”, we were lucky that a verbal warning was good enough to salvage ours. And all credit should go to Pakistan for bringing about a “situation” [sic] that required India to scramble fighter jets to intercept a slow and low flying cargo flight forcing it down near its destination, just to salvage hers. Wonder if the continued airways blockade has any value other than being a pure nuisance. But Pakistan could at least, in theory, play a clever hand by making an exception to let airlines from “SAARC countries” to fly the blocked trunk airways. It would be interesting to watch if India, which is bent on demeaning SAARC in every possible way, bites the bait!

Nepal has the right to claim compensation from Indian government or the industries located across the border for contributing to... Read More...