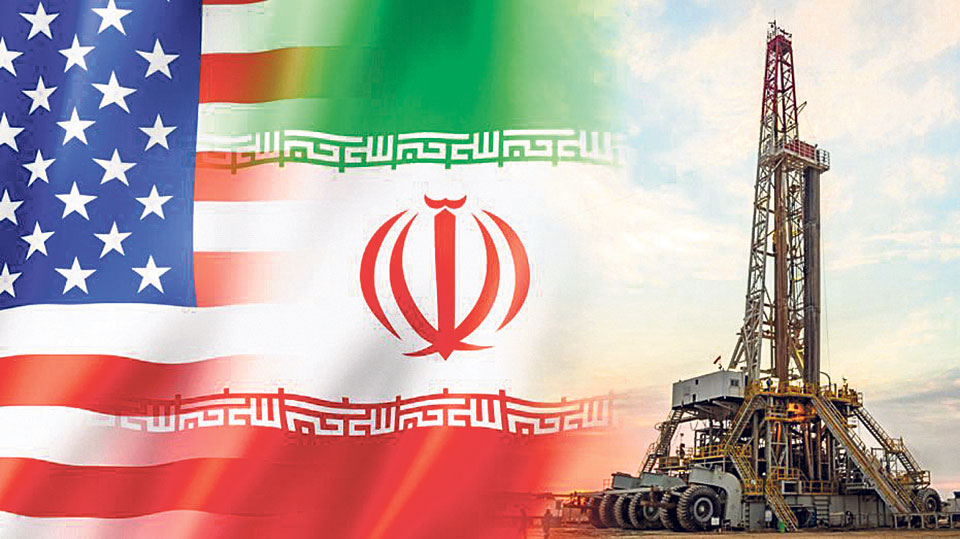 Tensions between the US and Iran continues even after several days of killing of top Iranian General Qassim Suleimani by the US at Baghdad airport in Iraq on January 3. Suleimani was the most powerful commander of the Revolutionary Guards in Iran. In retaliation, Iran launched a spate of missile attacks targeting US troops in Iraq. Initially, the US claimed that there was no casualty as such on its army base from the Iranian attacks, but now it is confirmed that 11 of US soldiers were injured.

War of words
Iranian supreme leader Ayatollah Ali Khamenei further tried to instigate US President Donald Trump by calling him “clown” and warned that any attempt on his part to strike on its nuclear program would damage the US “10 times over.” On the other hand, Trump cautioned Khamenei to be “very careful with his words.” He has already given a warning to Iran that the US could target 52 Iranian cultural spots.

To justify their causes, both US and Iran call the other as terrorist and blame each other for violence in the region. If there is no detente in the relations between the two countries, the possibility of war cannot be discarded. In certain quarters, it is feared this tension could result in World War III.

In its bid to weaken Iran, the US has been exerting pressure on American companies not to share their technologies with this country. US sanctions on Iran have already badly damaged its economy. Iran’s booming oil industries are on the brink of collapse. Exports of oil are curbed and the value of Iranian currency has dramatically plummeted.

In a major development, Iraq, too, has become vocal in criticizing the US following the drone attack at the Baghdad airport in which Suleimani was killed. The Iraqi parliament asked the US to withdraw 5,200 foreign troops from its territory. At this, the Trump administration threatened Iraq that it would have to pay heavily if the foreign troops are to be withdrawn because the cost involved in military deployment is too huge. As if this was not enough, the US also warned that it would impose economic sanctions against Iraq as well for any undesirable actions. Indications are that the US could even go to the extent of blocking Iraq’s account at the Federal Reserve Bank in New York, which would severely affect its economy.

Iran and Iraq which earlier were enemies are now closer to each other and they seem to have opened a joint front against the US. Presently, Iran feels that it is under no obligation to abide by the nuclear deal with the US and its allies that curbed its nuclear program and halted its capacity to develop the ballistic missiles. The nuclear deal with Iran was done in 2015 with the purpose of restricting its nuclear program in exchange for lifting international sanctions on it. Later on, the US withdrew from nuclear agreement with Iran in 2018.

Because the Gulf countries, including Iran, supply nearly 30 percent of total oil requirement at the global level, any conflict in this region will directly or indirectly affect the world economy. This was quite evident from the fact that oil prices jumped by $3 a barrel immediately after the US airstrike on Iraqi land.

To ensure that its oil industries are not further affected, the Iranian government is getting closer to China. It is also seeking Indian support in reducing growing tensions in the Gulf as India maintains friendly relations with both Iran and the US.

Worries for Nepal
Nepal has expressed serious anxieties regarding the tensions in Iran. By any accidental action, if war breaks out between the US and Iran, no country—Iraq, Saudi Arabia, Oman, UAE, Egypt, Turkey, Qatar or the others in this region—will remain unaffected. In such a situation, the oil supply from this reason could be hampered. Hence, Nepal’s worry in this matter is not uncalled for as the country not only imports oil from this region, but also because a large number of Nepali migrant workers live there.

Growing hostilities in the Gulf has already made its impact in Nepal. No sooner tensions started mounting in the Gulf, than Nepal increased oil prices in the domestic market to make an adjustment due to the increase in oil price in the international market. The country imported oil worth Rs. 131 billion last year from the Gulf countries through the Indian refineries.

What is still more worrying for Nepal is the possibility of a decline in its remittances from the Gulf region. Migrant workers from this country will be forced to return if the conflict escalates. The country receives about $6.5 billion in the form of remittances, which is closely one-third of Nepal’s GDP.

Conflict in the Gulf could also affect the inflow of tourists in Nepal as most of the international flights to this country pass through the Gulf sky. There has already been a case in which a Ukrainian passenger jet was shot down by the Iranian government in which 176 people were killed. This has even created a furor among international tourists to travel through the Gulf sky. Nepal’s goal to invite two million of tourists on the occasion of Visit Nepal Year 2020 cannot remain unaffected if the tensions in Gulf continue.

In view of the mounting tensions between the US and Iran, each peace-loving citizen should make efforts to see that normalcy returns in the Gulf without any further delay. In the event of war between the two countries, it is likely that the Gulf countries, in particular, would be dragged to take the side of one country against the other and this will pose a major challenge to peace and security. Therefore, Nepal and other South Asian countries that have a major stake in the Gulf need to use their influence in deescalating possible tensions in the region.

SYDNEY, Jan 6: Tensions in the Middle East after the killing of a top Iranian general by the United States... Read More...

UN agency eyes $1.2 bn budget for Palestinians despite US cuts

UNITED NATIONS, Jan 30: The UN agency for Palestinian refugees on Tuesday appealed to nations to help it maintain a... Read More...