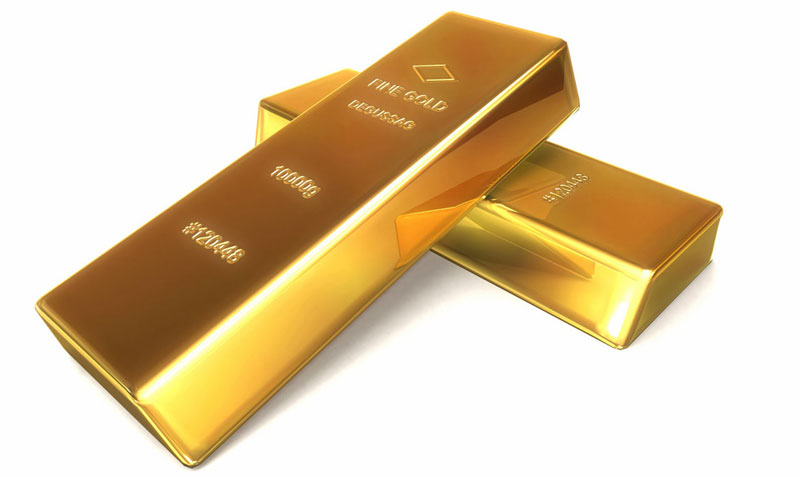 KATHMANDU, Dec 16: Eleven months after 33.5 kg gold 'disappeared' mysteriously from Tribhuvan International Airport (TIA), officials involved in the investigation of the scam have said that the gold bars confiscated in equal quantity in India last week could be the same one.

The high-level committee formed by the home ministry to probe the 33.5 kg gold scam and Sanam Shakya murder case has claimed that the arrest of two Nepali citizens in India for possessing 33 kg gold on December 7 is connected to the 33.5 kg gold that was lost from the TIA 11 months ago.

According to the Indian Embassy in Kathmandu, a team of officials from the Directorate of Revenue Intelligence (DRI) of the Ministry of Finance of India arrested two Nepali citizens for possessing 33 kg gold at Dhakuni Toll Plaza on the Delhi-Calcutta Highway on December 7, 2018. The arrest comes about 11 months after 33.5 kg of illegal gold went missing from the TIA.

A letter sent by the Indian government to its embassy in Nepal stated that 33 pieces of gold bars collectively weighing 33 kg and valued at IRs 104.2 million were recovered from a specially-built concealed box fixed behind the dashboard and in the cavity near the gearbox of a Maruti Swift VXI car on the Delhi-Calcutta highway. The team also seized Rs 54,760 from one of the arrestees.

Coordinator of the high-level probe committee, Joint Secretary at the Ministry of Home Affairs, Ishwar Raj Paudel claimed that the committee is "almost certain" that the gold confiscation in India is connected to the 33.5 kg gold scam in Nepal. The Indian finance ministry has revealed that the confiscated gold is of foreign origin.

“We are 95 percent sure that the gold seized by the Indian officials is the one which went missing from TIA,” Paudel told Republica, “The committee has found evidence that suggests that the gold seized in India is the one lost from the TIA.” An informal meeting of the high-level probe committee was held on Saturday after the arrest of two Nepalis possessing 33 kg gold came to light.

The high-level probe committee has claimed that it will be able to ascertain whether the seized gold is the one which disappeared from TIA only after it gets to probe the two arrestees. “The committee will only be able to ascertain the relationship between the two cases after we get to run an investigation on the two arrestees,” Joint Secretary Paudel told Republica, “We hope that the arrestees and the gold are extradited to Nepal as soon as possible through coordination between the two governments.”

The prime accused of the gold scam and murder case, Chudamani Upreti aka Gore, was arrested from the TIA on March 2, possessing 33.5 kg gold. The high-level committee has claimed that he carried out the smuggling of as much as 3,711 kg of gold valued at as much as Rs 17 billion since 2015.

BIRATNAGAR, May 14: After recording statements of those involved in gold smuggling case, Morang District Court has started hearing over the... Read More...