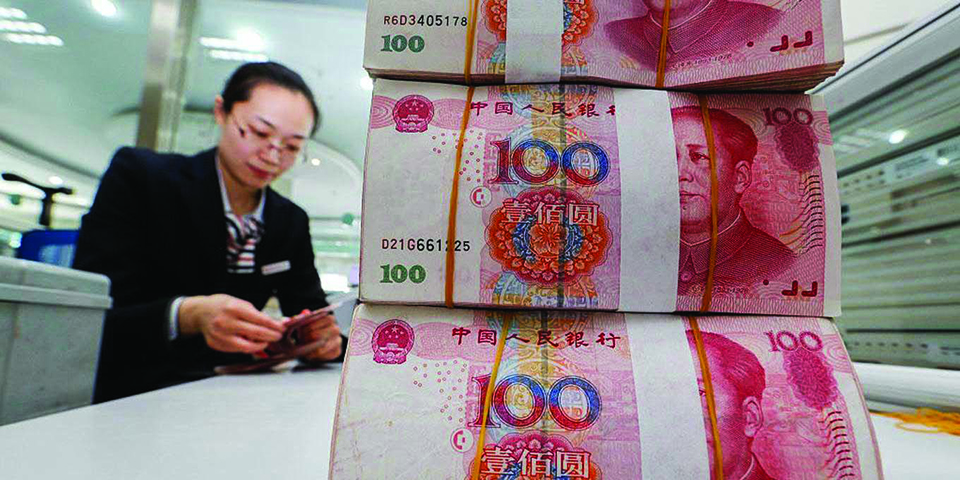 The US economy’s current strength appears fleeting. China is in the opposite position

NEW HAVEN – US President Donald Trump’s administration has underestimated China’s resilience and strategic resolve. With the Chinese economy slowing, the US believes that China is hurting and desperate for an end to the trade war. But with ample policy space to address the current slowdown, China’s leadership has no need to abandon its longer-term strategy. While a cosmetic deal focused on bilateral trade appears to be in the offing, the sharp contrast between the two economies’ fundamental underpinnings points to a very different verdict regarding who has the upper hand.

Yes, the Chinese economy has weakened significantly in the past few months. But, contrary to US perceptions that this is due to its successful tariff strategy, China’s downturn has been largely self-inflicted. It was initially brought on by a deleveraging campaign aimed at neutralizing the mounting risks of debt-intensive economic growth. To their credit, Chinese policymakers have moved aggressively to avoid the dreaded Japan syndrome—not just a debt overhang, but also a profusion of zombie companies and related productivity challenges.

Largely as a result of this effort, credit growth has moderated from around 16 percent at the start of 2016 to about 10.5 percent in late 2018. This has had marked repercussions for China’s once-powerful investment engine, the largest component of the economy, which has slowed from 20 percent growth in late 2013 to about six percent in late 2018.

Meanwhile, the effects of US tariffs are only just starting to bite. While exports to the US fell by about three percent year-on-year in December 2018 and January 2019, shipments to the rest of the world have continued to expand, owing largely to resilience in emerging markets, especially Asia. To the extent that exports may have been front-loaded ahead of both the Lunar New Year holiday and potential further increases in US tariffs, some fallback can be expected. While that could temper near-term prospects, it is hard to pin the slowdown of the past few months on exports.

To hedge its risks, China has been quick to exploit its intrinsic advantage: much greater policy flexibility than Western economies, which have largely hit their limits on fiscal and monetary stimulus. Cutting reserve requirements five times in the past year has led to higher bank lending and a pick-up in credit growth in early 2019, which should support an improvement in overall economic activity by midyear.

By contrast, the US economy is more of a short-term momentum story. Thanks to the outsize tax cuts of late 2017, economic growth picked up to about three percent in 2018, nearly one percentage point faster than the anemic 2.2 percent pace of the prior eight years. But with fiscal stimulus fading, GDP growth should follow suit—consistent with the Congressional Budget Office’s latest projection of just a 2.3 percent rise in 2019.

Risks of an even weaker outcome are mounting. The rebound in US equity prices in early 2019 has not offset the sharp decline in late 2018, which took a heavy toll on household wealth and consumer confidence, prompting an outsized decline in retail sales in December. With jobless claims starting to inch higher, the housing sector already weak, the global economy on increasingly shaky ground, and the Federal Reserve having limited ammunition, the US economy’s resilience looks increasingly tenuous.

The likelihood of contrasting economic growth trajectories—a policy-induced improvement in China and a policy-constrained slowdown in the US—reinforces a more serious mismatch of longer-term fundamentals. China’s domestic saving rate in 2018, at 45 percent of GDP, was nearly two and a half times the US rate of 18.7 percent. Although China’s saving rate has fallen from its 2008 peak of 52 percent, as consumer-led rebalancing has prompted a shift from surplus saving to saving absorption, it still has a cushion that the US would die for.

Moreover, fully 85 percent of America’s gross saving goes toward replacement of obsolete and worn-out capital stock. Adjusting for depreciation, the US had a net national saving rate of just three percent in 2018—less than half the 6.3 percent average in the final three decades of the twentieth century and even further below the net saving position of China, where the capital stock is considerably newer and in less need of replacement.

These saving disparities underscore a critical difference in the investment underpinnings of both economies’ growth potential. China’s investment was 44 percent of its GDP in 2018, more than double the 21 percent share in the US. And, given America’s aging capital stock, the disparity between the capacity-enhancing net investment positions of the two economies is even wider. That underscores China’s relative advantage in funding its longer-term growth imperatives such as urbanization, investment in infrastructure, human capital, and research and development, and the shift to indigenous innovation.

Moreover, the saving gap between America and China is likely to widen further in the years ahead, as seemingly chronic US budget deficits push domestic saving even lower. A further complication is that in funding its limited investment potential, the US will require equally chronic current-account deficits to augment depressed domestic saving. And, of course, with the current account deficit comes an outsize multilateral trade deficit—underscoring the weakest link of the pending trade deal: reliance on a bilateral Chinese fix for a far more insidious deficit problem with over 100 trading partners.

In the end, economic strength is relative. The US economy’s current strength appears fleeting. Its short-term resilience is already faltering and, in view of worrisome long-term fundamentals, may fade further. China is in the opposite position: today’s short-term weakness should run its course by midyear, against a backdrop of relatively solid longer-term fundamentals. This reality will come as a rude awakening to US negotiators, who are misreading China’s strength and the hollow benefits of a cosmetic trade deal.

Stephen S Roach, a faculty member at Yale University and former Chairman of Morgan Stanley Asia, is the author of Unbalanced: The Codependency of America and China

Contrary to popular belief in the West, where democratic elections are regarded as essential to holding governments responsible, China’s approach... Read More...