The End of the US-China Relationship 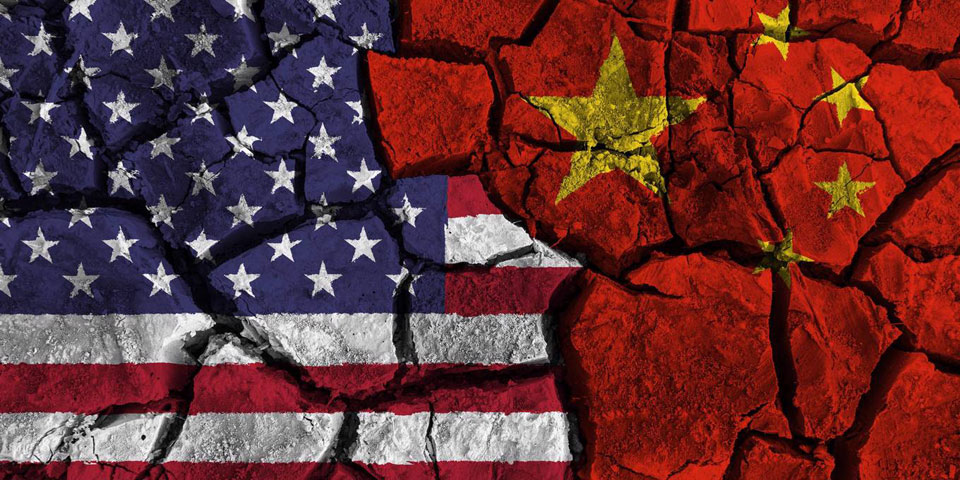 After 48 years of painstaking progress, a major rupture of the US-China relationship is at hand. This is a tragic outcome for both sides—and for the world.

NEW HAVEN – It didn’t have to end this way, but the die is now cast. After 48 years of painstaking progress, a major rupture of the US-China relationship is at hand. This is a tragic outcome for both sides – and for the world. From an unnecessary trade war to an increasingly desperate coronavirus war, two angry countries are trapped in a blame game with no easy way out.

A nationalistic American public is fed up with China. According to a new poll by the Pew Research Center, 66% of US citizens now view China in an unfavorable light – six points worse than last summer and the highest negative reading since Pew introduced this question some 15 years ago. While this shift was more evident for Republicans, those older than 50, and college graduates, unfavorable sentiment among Democrats, younger cohorts, and the less educated also hit record highs.

An equally nationalistic Chinese public is also irate at the United States. That is not just because President Donald Trump insisted on dubbing a global pandemic the “Chinese virus.” It is also because whispers turned into shouts linking the outbreak of COVID-19 to alleged suspicious activities at the Wuhan National Biosafety Laboratory.

Just as most children are taught that two wrongs don’t make a right, tit-for-tat blame does not justify severing the world’s most important bilateral relationship. But the time for dispassionate logic is over. We must, instead, contemplate the harsh consequences of this rupture.

Both economies, entwined in a deeply embedded codependency, will be hurt. China stands to lose its largest source of foreign demand, at a time when exports still account for 20% of its GDP. It will also lose access to US technology components required to advance indigenous innovation. And the loss of a currency anchor to the US dollar could lead to greater financial instability.

But the consequences will similarly be problematic for the US, which will lose a major source of low-cost goods that income-constrained consumers have long counted on to make ends meet. A growth-starved US economy will also lose a major source of external demand, because China has become America’s third-largest and fastest-growing export market. And the US will lose its largest source of foreign demand for Treasury securities, all the more worrisome in light of the looming funding requirements of the biggest government deficits in history.

This rupture does not come as a great surprise. As is the case in interpersonal relationships, geopolitical codependency can lead to conflict, especially if one partner starts to go its own way. And China’s decade of rebalancing – shifting away from exports and investment to consumer-led growth, from manufacturing to services, from surplus saving to saving absorption, and from imported to indigenous innovation – did indeed put it on a very different path.

This turned out to be an increasingly uncomfortable development for a China-dependent US. Left behind, America felt scorned, and that scorn led first to blame, and now to open conflict.

The consequences of the US-China rupture go far beyond economics. A decisive shift in the balance of global power, ushering in a new cold war, could well be at hand. Under Trump’s “America First” administration, the US has turned inward, heaping scorn on its once-loyal allies, withdrawing support for key multilateral institutions (including the World Trade Organization and, in the midst of a pandemic, the World Health Organization), and embracing trade protectionism. Meanwhile, China is filling the void, partly by design (through its Belt and Road Initiative, the Asian Infrastructure Investment Bank, and airlifts of medical supplies to pandemic-ravaged countries in Europe and elsewhere), but also by default, as the US retreats.

Although these tectonic shifts will leave most Americans worse off, the US seems to be shrugging its collective shoulders. America First has resonated with widespread wariness of globalization (now reinforced by concerns over supply-chain vulnerability). Many Americans are angry over allegedly unfair trade deals and practices, indignant at seemingly disproportionate US funding for institutions like the International Monetary Fund and the World Bank, and suspicious that the US security umbrella in Europe, Asia, and elsewhere encourages free riders and others not paying their fair share.

Paradoxically, this inward turn comes at precisely the moment when America’s already depressed domestic saving is likely to come under enormous pressure from an explosion of pandemic-related government deficits. Not only does that imply deepening current-account and trade deficits (the nemesis of the America First agenda), but it also poses a major challenge to longer-term economic growth.

America’s public debt-to-GDP ratio, which reached 79% in 2019, will now almost certainly go well above the 106% record hit at the end of World War II. With interest rates pinned at zero, no one seems to care. But that’s just the problem: interest rates will not stay at zero forever, and economic growth in an overly indebted US will wither under just the slightest rise in borrowing costs.

Can the broken US-China relationship be salvaged? Ironically, COVID-19 offers an outside chance. Both countries’ leaders would need to end the blame game and begin restoring trust. To do so, they would need to come clean on what really happened in the early days of the pandemic – December for China, and January and February for the US.

This is not a time for false pride or nationalistic bluster. True leaders often emerge – or are revealed – at history’s darkest moments. Is it really too late for Trump and Chinese President Xi Jinping to comprehend what’s at stake and seize this opportunity?

Stephen S. Roach, a faculty member at Yale University and former Chairman of Morgan Stanley Asia, is the author of Unbalanced: The Codependency of America and China.
Copyright: Project Syndicate, 2020.
www.project-syndicate.org

KATHMANDU, April 1: The Supreme Court on Tuesday directed private hospitals to provide treatment to COVID-19 patients on condition that the... Read More...

KATHMANDU, March 29: As an effort to reaching to the persons who are in close contact to the reportedly cases... Read More...

BEIJING/SHANGHAI, March 12: As the spread of the virus continues to slow, Hubei province announced on Thursday a further loosening... Read More...