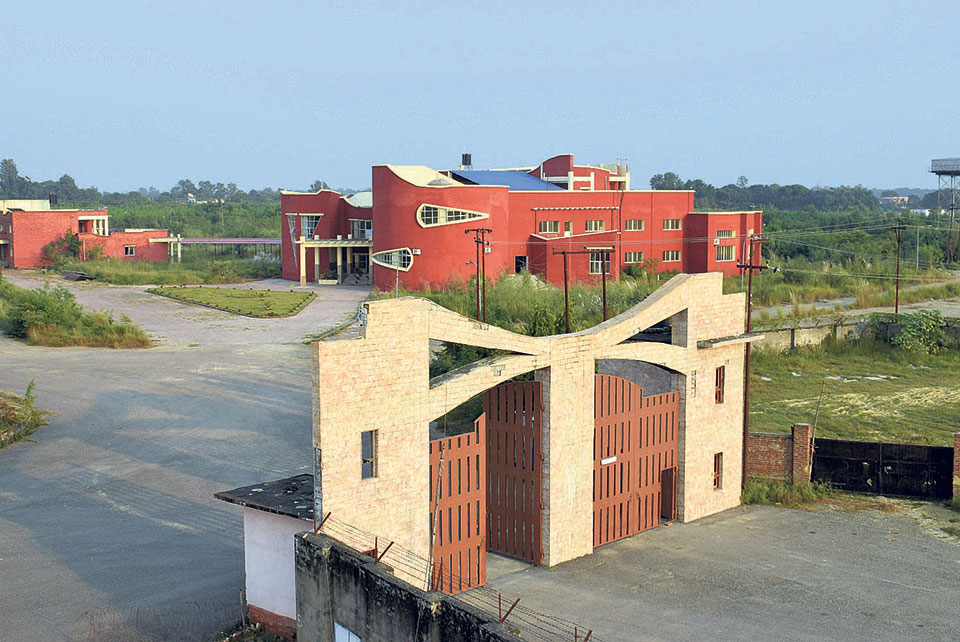 BUTWAL, Feb 1: Three years have already passed since the Special Economic Zone (SEZ) Bhairahawa has been involved in trying to complete the tender procedure for the electric sub-station. In 2016, during the second inauguration of  the SEZ, former executive director Chandrika Prasad Bhatta had committed to complete the tender procedure within six months and construct the 33 KV sub-station in a year and half.

In the initial phase, the sub-station with 33 KV were to be constructed with investment of Rs 150 million but now the investment has increased to Rs 170 million.

According to the officials, they are preparing the tender procedure to complete the construction of the substation in 15 months.

According to Thapa, there is availability of five megawatts of electricity, and for present, there won't be any issues in operating industries. Investors have long demanded that there must be construction of a sub-station with other infrastructure and services for the effective management of the SEZ.

According to Rajesh Agrawal, a regional member of the Federation of Nepalese Chamber of Commerce and Industry, lack of human resources and leadership are the reasons for the SEZ not being able to move forward even after five years of its inauguration. Agrawal questioned, “Why has the SEZ not constructed infrastructure for electricity even after five years of inauguration? Head of concerned agencies and employees must be answerable as they have not been able to operate SEZ on its own concept in these years?”

There are 69 plots of 1,600 to 1,700 square meters in 52 bigha of land in the SEZ. So far, 19 industries have signed the land rental agreement and are paying the rent. Some investors have withdrawn from the agreement of SEZ as it lacks adequate infrastructure and services.

14 firms selected to setting up units in Bhairahawa SEZ

Motorcyclist killed after being hit by Scorpio
13 minutes ago