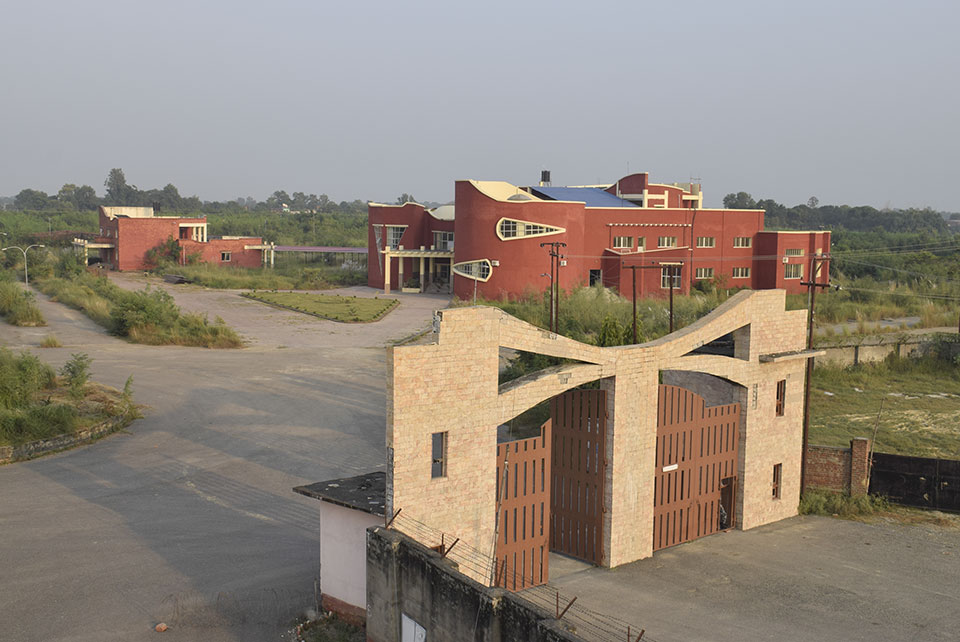 BUTWAL, Oct 31: Is industry first? Or services and facilities first? The Special Economic Zone (SEZ) in Bhairahawa -- the country’s first and only economic zone -- seems to be lost in this dilemma.

The establishment of SEZ in Bhairahawa has already taken more than 18 years. In 2001, the land was chosen and works had started to develop SEZ. It has been inaugurated twice by government ministers who stated that the construction works were complete and the facility was ready to use.

The economic zone is spread over 52 bighas of land, comprising of 69 plots of 1,600 - 3,700 square meters each. Till now, 19 factories have leased 49 plots. They pay Rs 20 per square meter per month in rent. According to the agreement, investors should start building their production units within six months of leasing the plot. They need to start production in one year.

However, one and a half years after signing agreement, most of the investors have not shown interest in establishing their production units stating that the required infrastructure is not ready.

According to Laxman Agrawal, founder of Briliant Lighting, they are waiting for adequate infrastructure to start the factory. “After establishment of the factory, we will start production. Electricity is required for that. We need facilities and services like drinking water, drainage, measuring scale, storage, bank and insurance. These are still not available at SEZ.”

According to Dinesh Dhakal, manager of Panchakanya Group Private Limited, although they could start working on establishment of factories, the present infrastructure of SEZ is not conducive for production and exports.

Kul Prasad Neupane, chairperson of Siddharthanagar Chamber of Commerce and Industry, said that there have been very little enthusiasm in establishing production units as facilities and services are not available as provided by the SEZ Act.

However, Sundar Thapa, spokesperson of SEZ, said that all services and facilities are provided in due course as the investors start work on establishing their production units.

“It takes time for establishment of industries. If all the industries are constructed and operated, we will also provide services and facilities as needed,” he said.

KATHMANDU, May 17: With the signs of improvement in industrial environment of the country, the attraction to set up new industries... Read More...