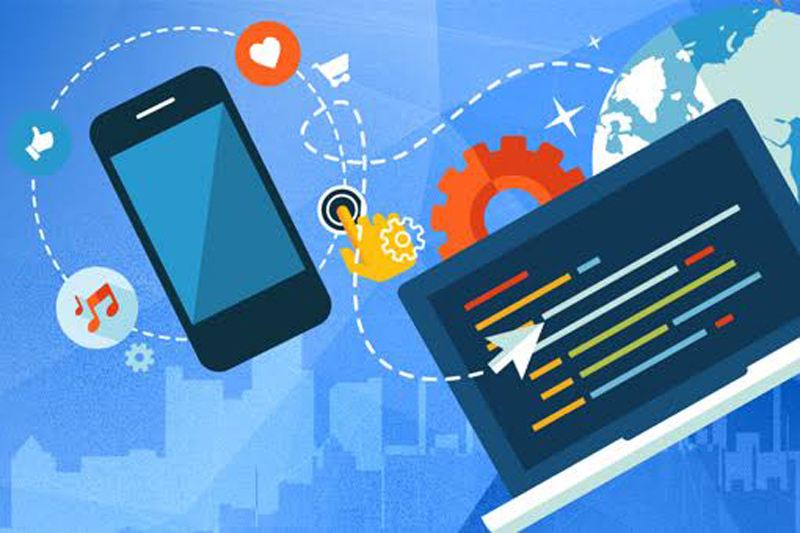 The government needs to embrace digital transformation and make electronic governance its priority number one
Earlier this month, the National Planning Commission (NPC) organized a very insightful and interesting public lecture on ‘Sustainable Development in an Uncertain World.’ The lecture was presented by Columbia University’s world-renowned Professor of Economics, Jaffrey D Sachs, and moderated by another economist, Swarnim Wagle, who is currently a member of the NPC. Even though the lecture primarily revolved around a set of 17 Sustainable Development Goals (SDGs), we particularly enjoyed the discussion on the role of Information and Communication Technology (ICT) to promote sustainable development. Professor Sachs highlighted the fact that ICT is going to fundamentally change the way we humans work, live and relate to one another. He also stressed that we are not in a position to ignore the changes brought about by the scale, scope and complexity of the technological revolution.

Indeed, the digital technology enabling this revolution will affect every section of the society. And if nation states are to effectively manage the coming change, governments will have to immediately put forward an integrated and comprehensive response plan in collaboration with academia, civil society, the public and the private sectors. In short, if the government is to harness the opportunities brought about by the ‘Industry 4.0’, it has to upgrade to ‘Bureaucracy 2.0.’ What we are trying to say is that the government needs to fully embrace the digital transformation and make electronic government (e-government) transformation priority number one.

Professor Sachs also talked about e-government’s role in reducing corruption, as digital technologies increasingly enable citizens to engage with governments and voice their opinions, especially on corruption. Nepal has slipped four places (from 126th to 130th) in Transparency International’s Corruption Perception Index 2015. This shows how poorly Nepal is dealing with this menace. In the coming days, governments will increasingly face pressure to change their current approach towards more public engagement, as technology enables decentralization of power, lessening the government’s central role in policy-making. Thus the public sector’s survival will mainly depend on its ability to adapt.

In a sense, if disruptive change is embraced, things will ultimately work out in the government’s favor.

Nepal’s e-government journey started in 2002 when the government established the National Information Technology Center (NITC) under the Ministry of Science and Technology. In 2004, NITC started developing the “e-Government Masterplan Consulting Report” in collaboration with South Korea. The report, first of its kind in Nepal, came with a vision to “build a competitive democratic country by establishing citizen-centered, transparent, and network government using advanced ICT.”

Also, a set of legislations, thought to be extremely important for Nepal’s e-government transformation was also suggested. In case you are interested, they are Laws on National Informatization Promotion, Laws on ICT Industry Promotion and Laws on ICT Infrastructure Construction. Unfortunately, the government did not take any of the recommendations seriously. As a result, we don’t yet have legal justifications for e-government. Regrettably, the Electronic Transaction Act that came out in 2006 will soon be obsolete as technology and society is changing at the speed of thought. So the million-dollar question is: What have we achieved so far?

Nepal’s e-government status is in the early stage of Enhanced Presence. It took almost a decade for Nepal to reach this stage. Countries like South Korea, Finland, the UK, the US and Sweden are already in an early stage of the “Seamless Presence”. There is a good reason for this deficiency in Nepal. Empirical studies show the majority of e-government projects fail in developing countries. Some analysts estimate the rate of failure to be around 60 percent. A third-world country like Nepal tends to face many technical, organizational, social and financial barriers. Among the four, the one that we think is particularly hindering Nepal’s e-government progress is organizational barrier.

The implementation of e-government is virtually impossible without the support of political leaders. Political leadership is the main driving force for new and innovative projects in the government. Their support is also vital to ensure cooperation and coordination between government agencies. Also, the transformation from manual methods of work to electronic ones tends to create a strong resistance from the bureaucracy.

E-government systems can be implemented successfully only if digital savvy individuals take up ministerial positions and have an iron will for revolutionary changes. For instance, the political acumen of the Minister of Energy, Janardan Sharma, has combined with the administrative expertise of the Managing Director of National Electricity Authority, Kulman Ghising, to free Kathmandu Valley of load-shedding. We wonder when we will be freed from potholes and horrible traffic congestions on the streets of the capital city.

The strategy devised by NITC in 2006 was a praiseworthy initiative, but due to the lack of political will, the holistic transformation envisioned back then could not materialize. The e-government strategy 2006 is already a decade-old and out of date. So there is a need to develop another strategy for sustainable e-government transformation. The piecemeal approach of the past is not going to work.

In fact, the Prime Minister and the Chief Secretary should take ownership of e-government transformation and upgrade bureaucracy for the New Digital Age, so that, ultimately, we the citizens can receive all government services over the internet. Traffic congestion in the city of chaos could be reduced significantly if citizens do not have to visit government agencies to receive services.

Pokharel is Head of the Department of Computer Science and Engineering at Kathmandu University; Shah has worked as a Project Management Consultant for ICT Development Project in the Economic and Infrastructure Development  Division at the Office of the Prime Minister and Council of Ministers

KATHMANDU, May 3: President Bidya Devi Bhandari on Friday said that the fiscal year 2019-20 will be historic for rapid... Read More...