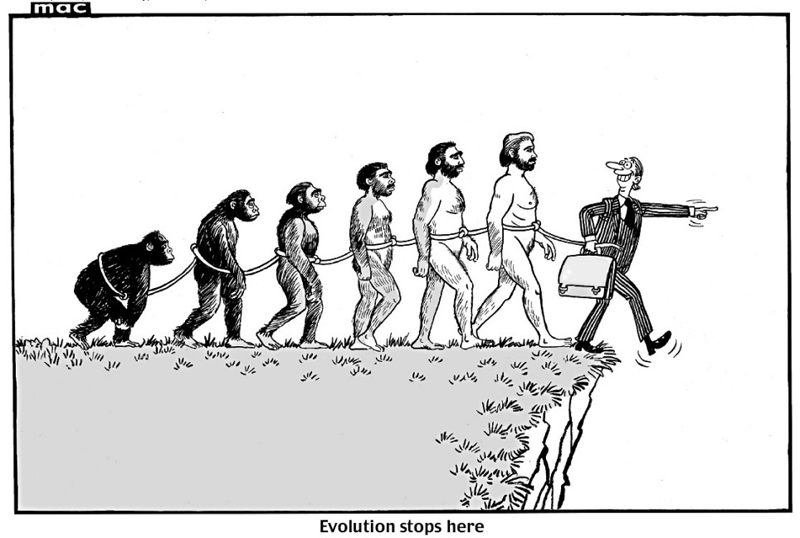 For more than a century, the architecture of the political and bureaucratic system of Nepal has been engineered to allow Homo corruptus to thrive.

I think you will agree with us if we were to say Kathmandu’s traffic is a big mess. No one seems to be following any rules and the pothole-filled roads look as though they have not been fixed for decades. Even more worrisome is the fact that the metropolis’s traffic resonates with the state of disorder our country is in. The presence of government is nowhere to be seen. It seems good governance is still not to be found in the government vocabulary. The main reason for this chaos is that our beloved nation has been crippled by massive corruption for a long time. Like a deadly virus, corruption has attacked and crippled vital functions of ours, stopping the country from leapfrogging to prosperity. But we have yet been unable to act collectively to cut corruption at its roots. This is perhaps because we are barking up the wrong tree.

Corruption is not new to Nepal, as it has stalled our development for almost two centuries. Corruption is the reason why the country could not to reap the benefits of the technological advancements of the 19th century. Nepal is now one of the most corrupt countries in the world. Democracy, bureaucracy, judiciary and any number of other things are often blamed for this disorder, but the authors feel the system we have built in Nepal that promotes Homo corruptus (corrupt ones) is the real culprit.

Simply put, Homo corruptus is a corrupt version of Homo sapiens. Both have co-existed since they originated in Africa around 200,000 years ago. In the early days, they lived as hunter-gatherer nomads foraging for food resources. However, things changed radically sometime in 11,000 BC. Homo sapiens started settling in one area and experimenting with farming. We have now thrived to reach 7 billion.

Even though Homo sapiens aren’t built for speed or strength, we survived because of our ability to invent and use complex tools. Initially, we lived in natural shelters like caves, but soon we learned to build huts and eventually sky-scrapers which made it possible for us to live almost anywhere in the world, from the Himalayas to the sub-Saharan Africa.

We became so adept at using the tools that we evolved to eventually form complex settlements like villages, megacities, and nation-states. As nation-states came to be, Homo sapiens invented another brilliant tool called democracy, a political system where everyone supposedly has equal rights. If used in an effective manner, democracy is a tool that can be used to filter out Homo corruptus from getting to the positions of power.

Briefly, democracy consists of following basic elements. A political system designed to choose and replace government through free and fair election, active participation of citizens in politics, protection of human rights of all citizens, and finally a rule of law where the laws and procedures apply equally to everyone. In a sense, democracy is people ruling themselves (unfortunately, through elected officials). In an ideal situation, elections are designed to judge political party’s performance. The parties are either allowed to continue or forced to step down from power through these elections.

However, such is not the case in many third world countries. For more than a century or so, the architecture of the political and bureaucratic system of Nepal has been re-engineered to allow Homo corruptus to thrive. Same is true for the current democratic setup. For instance, Homo corruptus vote for their kind, creating a system that is favorable for more of them. It seems they have hijacked our new found democracy, forcing around 1,500 youths to flee Nepal every day.

In a nutshell, there are three stages of corruption. In the first stage, people’s everyday life is not affected. The adverse effects of corruption are limited as it takes place at high-level government circles behind closed doors. At this stage, bureaucracy is not affected so much. In the second stage, corruption begins to slowly affect bureaucracy, society, religious institutions, and the private sector. Laws designed to curb corruption are passed on a regular basis without any improvements in corruption scenario.

In the third stage, corruption penetrates every aspect of citizen’s life, degenerating their norms and values. A few government officials involved in corruption are brought to trail and punished, but corruption continues to grow because of its protection by the political class; the groups responsible for most corruption are least affected by anti-corruption measures. At this point, bureaucracy, judiciary and law enforcement become unable to punish those involved in corruption. This system gets re-calibrated to the benefit of Homo corruptus as those who stand against them are ejected. Nepal is at this stage. The next stage is total anarchy.

The countries and societies that have put checks and balances within the government to fight systemic corruption so that Homo corruptus do not thrive end up becoming economic and military superpowers. The countries that do not put such measures in place are hijacked by Homo corruptus. Also, they end up destroying the societies and countries to the point of no return. The Transparency International has prescribed several ways for citizens and governments to fight against corruption.

For instance, effective law enforcement measures that are supported by a strong legal framework and independent and effective court system are to be put in place so that corrupt public officials are punished. Civil society is to play an active role in unmasking the corrupt people, and reforms designed to improve financial management and strengthen auditing agencies carried out.

Transparency and access to government information are to be promoted because government openness, press freedom and transparency are effective tools against corruption. It is also necessary to empower citizens as community monitoring initiatives contribute to early detection of corruption, reduction in leakage of funds, and improvement of the quantity and quality of public services. Another important step is to close international loopholes. The international financial system makes it possible for corrupt public officials to launder and hide the proceeds of looted state assets.

For now, the Dashain festival is upon us. The festival symbolizes great victory of noble gods over the wicked demons. As the mythology goes, once upon a time demons had terrorized the world to a point where even gods were helpless. Thus the gods decided to create Goddess Durga. The goddess ends up defeating the demons, including the great buffalo demon Mahishasura. So, in a sense, Dashain commemorates Goddess Durga’s victory over demons and also humanity’s victory over evil. Simply put, Dashain is a victory of Homo sapiens over Homo corruptus.

Nepali people no longer have faith in their political leaders. Even worse, they do not believe the current political system can solve Nepal’s problems. Democracy has become synonymous with corruption. Democracy is in crisis because corrupt kind will always try to divide us along the lines of religion, caste, race, geography, ethnicity, and profession, but like Jesse Jackson said, “At the end of the day, we must go forward with hope and not backward by fear and division.” And Dashain festival reminds us of that hope. Hope in a real democracy. Hope for Nepal’s bright future.

Minister Jhakri hospitalized
8 hours ago
Govt recommends ambassadors to India, UK and the USA
5 hours ago

One killed, seven injured in car accident in Biratnagar
11 hours ago