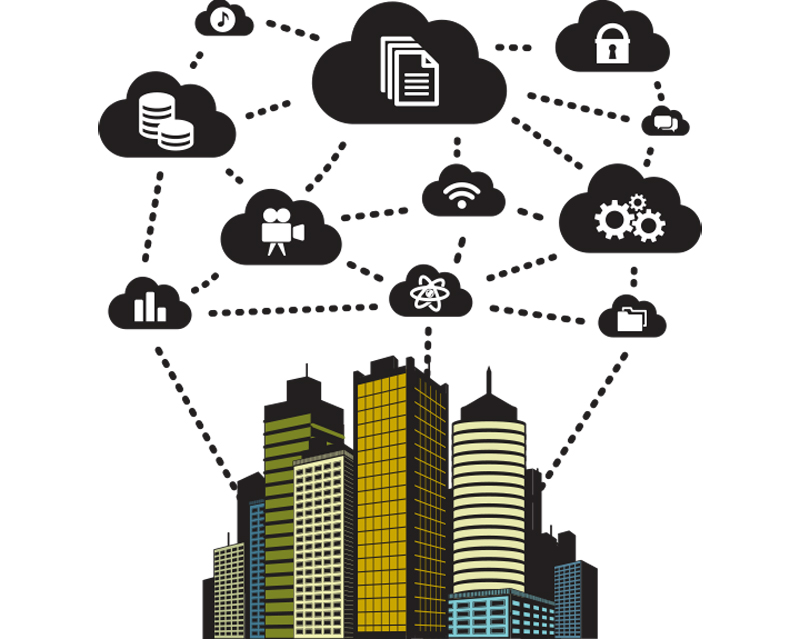 The mindset of the current government leadership needs to be broadened to think in terms of the Internet of Things.

The City of Hanoi took a decision earlier this month to ban all motorbikes and scooters by 2030. Even though fossil-fuel powered two-wheelers are the main means of transport in the Vietnamese city, the decision, city officials said, was taken with the intent of curbing the metropolis’s unbearable traffic congestion and life-threatening pollution. Streets that are free of fossil-fuel guzzling two- and four-wheelers are desirable in any part of the world, but more so in Kathmandu Valley. In fact, well managed cities are the right of every citizen in a functioning democracy.

Imagine arriving to Durbar Marg in an air-conditioned self-driving electric bus on pollution-free streets. After getting off the bus, you walk to a coffee shop to find coffee of your liking ready to be served. The coffee tastes just about right because it was brewed to perfection only few minutes before your arrival, ordered automatically by an app on your smart phone, based on your mood of that time, and prepared to precision, not by a person, but a robot. This scenario will be a reality in our lifetime due to the rapid advancement in the field of Artificial Intelligence (AI) and the Internet of Things (IOT).

It is estimated that there will be 26 billion IoT devices by end of this decade as both ordinary and exotic devices will be connected wirelessly to the internet and also to each other creating a world totally different from what we are now used to. The International Telecommunication Union (ITU), the information technology arm of the United Nations, defines IoT as “a global infrastructure for the information society, enabling advanced services by interconnecting (physical and virtual) things based on existing and evolving interoperable information and communication technologies”.

In short, IoT is a global infrastructure for information society that is based on Machine to Machine (M2M) communication technology. Traditionally, M2M communication focused on direct point-to-point connectivity across mobile networks or fixed lines. The key difference with IoT is Internet Protocol (IP). IoT makes it possible to connect everything with the global internet infrastructure.

More importantly, devices in the IoT are heterogeneous meaning different hardware platforms and networks have an ability to interact with other devices or service platforms through different IP based networks.  Even your coffee mugs, whisky glasses, sun glasses, and toothbrushes will be connected to the internet. When you brush your teeth in the morning, your IoT-based toothbrush will send real time data to a hospital’s digital system. If something unusual is detected, a notification will be sent automatically to the doctors.

There is no question IoT will radically change our society. One use of IoT that is already proving beneficial is related to locating people. Disneyworld in Orlando, Florida, a popular destination for family vacationers, is already benefiting from such technologies. A beacon-enabled wristband is put on a child so that parents, using a Smartphone app that gets real time data from the sensors located throughout the property, can locate children with ease. This method is more effective than providing children with smart phones, because children can choose not to pick up the phone. With IoT, parents and park management are able to easily monitor the children who are most vulnerable to accidents. We see no reason why larger schools in Nepal could not use such IoT-based technology to monitor children.

Nepal, a popular tourist destination, could benefit from using such technologies. For example, IoT-based technologies can be used to monitor tourist movements to detect unusual patterns.  The numbers of tourists that go missing are not high in Nepal, but the very fact that the authorities take long to locate missing tourists bother many would-be travelers. In the past, tourists have lost their lives due to lethargic rescue effort on the government’s part. Missing tourists usually give bad publicity to the country’s tourism sector. As a result, many who plan to visit Nepal as tourists in the future are discouraged.
Earlier this year, a Taiwanese couple went missing in the mountains of Nepal. It took the government more than a month to find their whereabouts. Later, it was learned the couple was caught in a snowstorm while trekking and fell over a water fall. They were not able to climb up or go down to safety. They survived by consuming salt and water after the food they were carrying ran out. The man was rescued on the 47th day. Unfortunately, the girlfriend succumbed just three days before. With IoT-based technologies to monitor and locate tourists travelling to the high mountains, it would have been easier to locate and rescue them. However, such technologies are not likely in the near future as the Government of Nepal is yet to come out with a policy on the Internet of Things.

India, on the other hand, seems to be moving in a right direction.  Last year, the Department of Electronics and Information Technology (DeiTY) of the Government of India came out with a Policy on the Internet of Things. The policy aims to: i) Create a US $15 billion IoT industry in India by 2020, ii) Undertake capacity development (Human & Technology) for IoT specific skill-sets for domestic and international markets, iii) Undertake research & development for all the assisting technologies and, iv) Develop IoT products specific to Indian needs in all possible domains.

Our government’s track record is not that good when it comes to digital transformation. Nepal ranked 135th in the 2016 UN E-government Survey’s E-government Development Index; the country was ranked 165th in 2014. The slight improvement in ranking sends a positive message, but the government is not doing much to promote IoT. A progressive IoT policy would promote an industry that is still emerging. A well-designed and timely policy will offer the budding industry right guidance.

If Nepal is not to miss out, first and foremost, the mindset of the current government leadership needs to be broadened to think in terms of IoT. We will not be surprised if the traffic lights that are being purchased by the government to equip Kathmandu’s valley’s intersection are based on technologies of the last century, when they should in fact be based on IoT. Besides coming out with a far-reaching IoT policy, the government should also substantially increase budget for IoT, as other developing and developed countries are doing.

The 2015 budget of public sector technology contracts in Singapore was US $1.6 billion. The Singapore government believes IoT will play an important role in most of the city state’s projects related to transport, health care and environmental sustainability. The government of Nepal and the new mayors of the Kathmandu and Lalitpur metropolitan cities should also start thinking in terms of IoT, where and when possible, so that both the cities end up becoming truly smart.

With the increase in online banking, e-shopping and online insurance, fraud has become more common than ever. ... Read More...

NEW YORK, March 1: Walmart announced Wednesday that it will no longer sell firearms and ammunition to people younger than 21... Read More...

Some pictures from Teku Hospital: Patients are treated at corridors as hospital runs short of beds
14 minutes ago