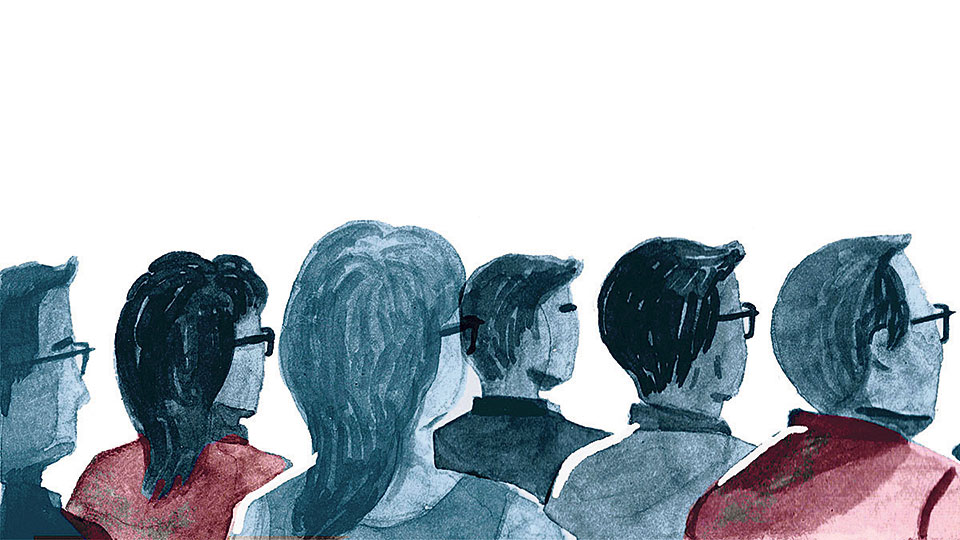 It did get a bit awkward walking into a hair and beauty salon on the eve of my marriage. No doubt I wanted to look good, but I felt guilty about spending a handsome amount on a facial that would barely last twenty-four hours. There is a well-established visual order in our day to day lives. I think I had just dared to challenge one by consenting to have the beautician bombard my face with numerous cosmetics. The glow on my face on the big day could be partly attributed to this investment and hence provided some consolation. I get complimented when I put on my favorite bright pink shirt to work. I presume the complements are a consequence of a disturbance in the visual order brought about by feminine tag to the pink.

Poor pink, it does not breathe but still gets type-casted. The visual order that we are all guilty of reinforcing is as simple as accepting to look at a man with no concern whatsoever when his shirt is sticking out while at the same time questioning the elegance of a lady if she turns up without any eye makeup on.

My wife and I are buddies. When we walk on the streets, she loves to put her arm around my neck. It felt awkward the first time. It was probably the first instance that a visual order had been challenged concerning my wife. While the episode is long over for me, I cannot forget the look of the onlookers who were baffled by the visuals of a girl placing her hands around her partner’s neck. Thereby, I am guilty of confronting a visual disorder and I love to carry this guilt as a badge of honor.

On the day of my marriage, as per the rituals, my wife bowed down and touched my feet out of the need to display subservience when, in fact, we were entering into a partnership as equals. It is very insensitive of me to not consider myself culpable of being oblivious of such visual display of male superiority. My wife did have reservations about it but I promised not to repeat it. But then, after that initial promise, the act has been repeated twice. I have broken the fundamental order of the sacred institution of marriage—mutual respect in the name of maintaining a visual order.

But the biggest visual disorder between me and my wife has to be the place we work at. She offers her expertise to Dubai Duty-Free, a premier duty-free organization, while I work in Nepal. The benefits and perks of working there are no match to mine. Nobody has ever spoken to me about it, but I can sense that people are disturbed by the context. I am sure a visual order would have been maintained if we were to switch roles, wouldn’t it?

Me and my mom
Although my mother complains about me being a bit clumsy with kitchen work, I do not have the luxury of switching roles at home. Since it’s just me and my mom at home, I have the opportunity to sharpen my cooking, dishwashing, and house cleaning skills. Meanwhile, my mother has not been keeping well since the disastrous earthquake in 2015. To take care of her, I have grown into the role of an in-house massage expert. She needs care and attention from my end like never before. While I am discharging my normal duties as a son, I get to hear interesting comments like, “You are a good son and you take care of your mother just as a daughter would.” I appreciate the fact that people are supportive of my efforts but it is sad to see them being subjugated by a visual order which has unknowingly undermined the role of a son passionate about helping his mother get back to optimal health.

Flawed projection
The advertising industry which has access to our homes through successive commercial breaks continues to highlight the role of women as homemakers. It is a resistant visual order which has endured the test of time and impact of globalization. Families sitting in the dining table awaiting a delicious meal prepared by a woman, a lady heading to the local store to get a bag of rice or a dish wash bar while men are selling iron rods and cement are all unethical attempts to sabotage our minds by the ghosts of sexism.

A kid running up to their father while he is preparing a meal for them or a father giving a passionate hug to his daughter while he sees her off to school can be the new narrative. It will be a tribute to all those fathers who wake up early morning, dress up their kids, eat with them; and drop them to school.

I feel that the amount of money that my parents invested in my schooling and the effort that has gone into completing university education has failed in its effort to enlighten and inspire an attempt to challenge the visual order. Some of the blame could be because of socialization—the environment I grew up in. I never saw my late father walk into a kitchen to cook or even boil water, I never got to see him wash his clothes or perform any of the household chores except taking care of household income. My mother has been a housewife all her life in spite of her dreams to take up a profession. Hence, some of my actions concerning my wife must have rooted from some of my childhood memories of witnessing my mother’s subservient nature. I have no grudge against any of their actions because they too were blinded by the need to be socially acceptable.

Time for visual disorder
The famous lines spoken by Astronaut Neil Armstrong from the surface of the moon would have sounded better if it read “That’s one small step for a human, one giant leap for humankind.” I guess the first woman to land on the moon could be in a position to introduce a much needed visual disorder. An analysis from the Project Eating and Activity in Teens and Young Adults longitudinal study from Minneapolis-Saint Paul, US revealed that young adults who learned to cook as children were able to make healthier eating choices because they had the skills to prepare meals themselves. It is time to start teaching young boys at home the power of being able to cook a meal and multitask so that they grow up to become great adults without any baggage of gender roles. It is time to start encouraging young girls to go out alone and take up sports with dancing and home science being just another option. Our generation is at an inflection point and we have the power to disrupt the visual order.

KATHMANDU, April 17: At a time when a section of scholars from the Western coutries are arguing that the globalization... Read More...

An international study by the London School of Economics has highlighted the link between globalization and rising obesity levels, with... Read More...

A Letter to the Nepali People about MCC
19 hours ago

‘Superman zipline’ to be launched in Pokhara soon
18 hours ago

Why is everybody silent on the ‘Constitutional Day awards fiasco’? asks Oli
17 hours ago