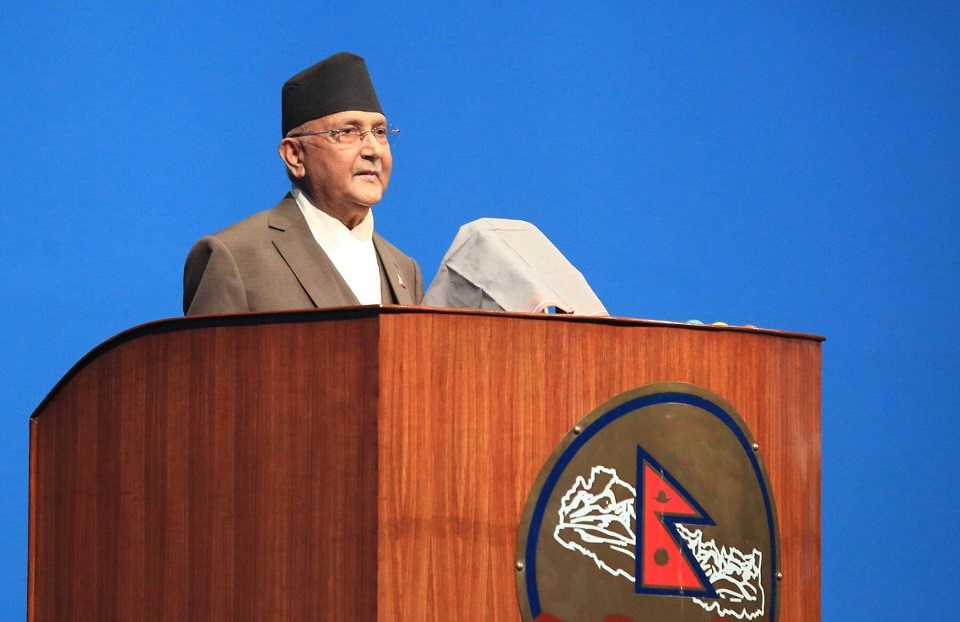 KATHMANDU, May 19: Prime Minister KP Oli has said that China has clarified that its agreement with India to open a link road through the Lipu Lekh pass does not affect the outstanding boundary questions between Nepal and India.

Responding to a query of a lawmaker in parliament if Nepal had sent a diplomatic note to China as well after India unilaterally built a link road through the Nepali territory to the Tibet Autonomous Region (TAR) of China, Prime Minister Oli said that the representative of Nepal government held discussions with the Chinese officials as well after India built the road unilaterally through the Nepali territory.

Prime Minister Oli said that China has clarified to Nepal that their agreement with India is not related to boundary questions. "Chinese government officials have said that they have talked about this [the road to India] only in relation to the traditional pilgrimage route and traditional trading route. This does not affect the question related to boundary issue and the trijunction boundary point," he said in the parliament, while referring to the meetings between the officials of the two countries.

Prime Minister Oli said China has already clarified about this to India. "India has to talk to Nepal as well on this issue. China has clarified that this is not related to boundary issues. According to what we are told, [China has] clarified this to India as well. So, we have made correspondence with all sides. We have talked to them," he further said.

During the visit of Indian Prime Minister Narendra Modi to China in 2015, China and India had agreed to expand a trade route through the Lipu Lekh Pass without Nepal’s consent. Nepal had immediately protested against the agreement and sent protest notes to both the countries, expressing its strong reservation over the agreement.

Although the Chinese side positively responded to Nepal's concerns, the Indian side, according to foreign ministry officials, did not even bother to respond to Nepal's concerns. New Delhi continued building the link road in the territory belonging to Nepal despite objections from Nepal right since the beginning.

When the link road was inaugurated by Indian Defense Minister Raj Nath Singh earlier last week, Nepal strongly objected to the move, asking the Indian side not to carry out any activities inside the Nepali territory. In a press statement, the Ministry of Foreign Affairs (MoFA) reminded the Indian government that Nepal has consistently maintained that as per the Sugauli Treaty (1816), all the territories east of the Kali (Mahakali) River, including Limpiyadhura, Kalapani and Lipu Lekh, belong to Nepal.

The MoFA also said that this unilateral act to construct a link road through the Nepali territory runs against the understanding reached between the two countries including at the level of prime ministers that a solution to boundary issues would be sought through negotiation. "The Government of Nepal remains committed to seeking diplomatic solutions to boundary issues on the basis of the historical treaty, documents, facts and maps in keeping with the spirit of close and friendly ties between the two countries," the ministry said.

KATHMANDU, June 12: At a time when the Modi-led Indian government is ignoring Nepal's repeated calls for holding talks on... Read More...

KATHMANDU, May 20: In its first official reaction to the move of Nepal to introduce new political map that includes... Read More...