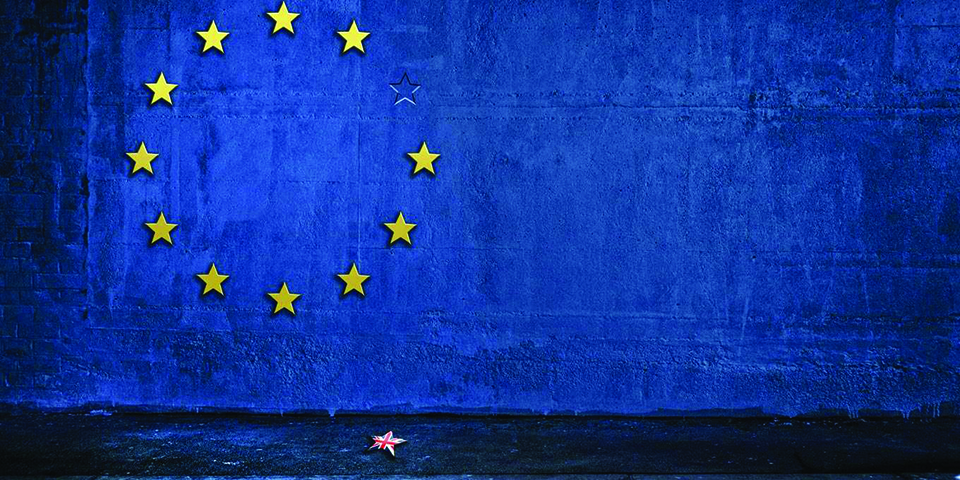 BERLIN – The clock is ticking toward March 29 and the United Kingdom’s exit from the European Union. Whether Brexit turns out to be “soft” or “hard,” the UK is set to endure a bout of severe economic turbulence. But Britain has survived much larger crises and will overcome this one at some point. For me, the real question is what Brexit means for the future of Europe.

The “European Idea” will almost certainly survive. The EU will not shatter in the wake of Brexit, and it will overcome the economic fallout from the UK’s departure. But Brexit will damage Europe’s role in the world in a way that we Europeans currently seem unable to grasp. The recent decision by US President Donald Trump’s administration to downgrade the diplomatic status of the EU mission in Washington was perhaps a taste of things to come.

The geopolitical background against which Brexit is taking place cannot be discounted and may play a big part in determining its impact on the EU. The most salient fact is that the world’s political and economic balance of power is shifting from the Atlantic to the Pacific – a trend that cannot be blamed only on populists such as Trump. It was, after all, President Barack Obama who spoke of the US as a Pacific rather than an Atlantic country, whereas his predecessors had always spoken of the US as a “transatlantic” actor. While we may live today in a “G-Zero” world with no single power assuming global responsibility, tomorrow may bring a G-2 world in which the US and China compete for global dominance.

Europeans—and here I include the British—face the question of whether (and how) we will maintain our sovereignty between these new, rival power centers. With the possible exception of climate policies, Europe is already a spectator on most global conflicts and issues. These include the looming resumption of the nuclear-arms race that Trump and Russian President Vladimir Putin appear hellbent on pursuing, as well as the violent turmoil in the Middle East. Rather than turning to Europe in the face of Trump’s announced withdrawal of US forces from Syria, the rebel groups fighting President Bashar al-Assad, apparently for the values of freedom and democracy, are looking instead to Russia and Turkey.

After Brexit, we may find ourselves in a more perilous state, because the world will look at Europeans as even greater weaklings. Unable to get our own act together and frame our interests, our efforts to convince others of our worldview appears quixotic. What’s more, with Brexit, the EU will lose a member with centuries-old diplomatic networks, an economic powerhouse, and a nuclear power with a first-class military.

All this should be reason enough to use the remaining weeks until March 29 (and perhaps beyond) to seek compromises that may limit the damage from Brexit. Clearly, the odds are stacked against success. For most of the Labour opposition, Europe is far less important than toppling Prime Minister Theresa May. Many of the ruling Tories, meanwhile (and some within Labour, too, unfortunately), will reach their Brexit objective by doing nothing. And a parliamentary majority for a negotiated “soft” Brexit looks unlikely, because this would leave the UK’s future fully in the EU’s hands when negotiating the terms of remaining in the single market.

What, then, should Europeans do? It may be factually correct to point out with a shrug of our shoulders that the UK put itself into this position, owing to the feckless behavior of its political elite. But this stance helps no one. Not only the British population, but Europe as a whole, will suffer the consequences of Brexit. To reach a solution that keeps the UK as close as possible to the EU, all Europeans must recognize that what happens on March 29 matters to all of us.

More specifically, European social democratic parties should reach out to Labour and its Euroskeptic leader Jeremy Corbyn. German conservatives and liberals, together with French President Emmanuel Macron, must reach out to the Irish government regarding the possible consequences of a hard Brexit, namely a hard border between Ireland and Northern Ireland, and a resurgence of violence on the island. Preventing this was the aim of the “backstop” in May’s withdrawal agreement with the EU, which the British Parliament emphatically rejected on January 15.

Europeans also must ask themselves whether we can agree on a better treaty between the EU and the UK than we have so far. Perhaps there are other ways to reassure Britain that there will be a follow-up treaty acceptable to both sides, under which no one is held hostage permanently. And perhaps there is room for maneuver on freedom of movement within the EU. After all, not only the British government, but also German mayors and town councils want more and better instruments to mitigate the impact of migration on our social-security systems. Freedom of movement does not exclude management of this freedom.

As the March 29 deadline approaches, the EU should make clear that the clock will stop if the UK needs more time. This would be nothing new in international negotiations. Even the date for this year’s European Parliament election should not be an insurmountable obstacle. It is time for political creativity. Any chance of success, however long the odds, must be seized. The price of a chaotic Brexit is too high for anyone in Europe to accept blithely.

Sigmar Gabriel, a former German minister of foreign affairs, is a member of the Bundestag