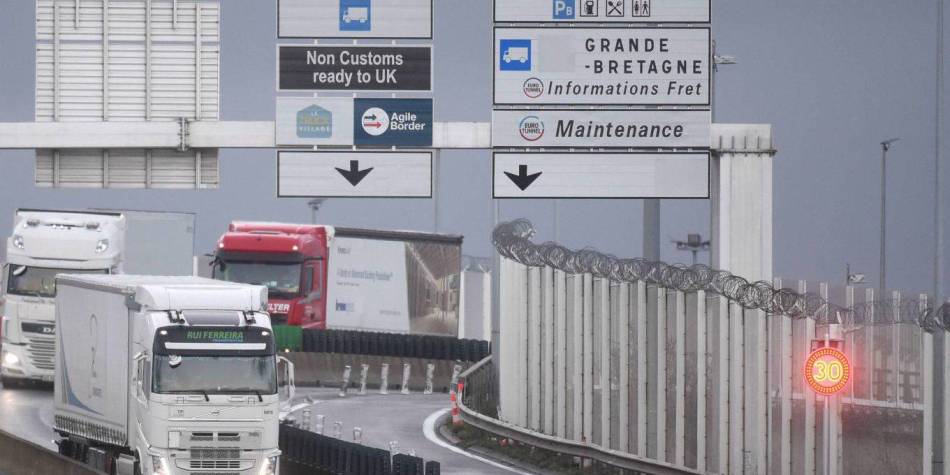 Brexit raises long-dormant strategic questions about Europe’s internal unity and external position, and few of these are likely to be decided quickly.

BERLIN – “The UN was not founded to take mankind to heaven, but to save humanity from hell,” the United Nations’ second secretary-general, Dag Hammarskjöld, once said. The hell he had in mind, of course, was World War II and the Shoah, next to which most of today’s challenges pale in comparison. Nonetheless, disruptions like the COVID-19 pandemic and Britain’s withdrawal from the European Union have called into question many beliefs that Europeans previously took for granted.

Thanks to German Chancellor Angela Merkel’s leadership within the EU, Europe survived 2020 relatively unscathed. In fact, her stint in the European Council’s rotating presidency during the second half of the year will probably be remembered as one of the great political masterstrokes of post-war European history.

When the pandemic erupted last spring, it looked as though it would be every EU member state for itself. Germany, for example, temporarily banned exports of medical aid and equipment, despite the horrific, rising death toll in nearby Italy. But since then, Europeans have shown impressive solidarity in facing down the pandemic.

More recently, the emergence of a highly contagious strain of the coronavirus in the United Kingdom gave Britons and Europeans a small taste of what would have happened had a final Brexit deal not been agreed on Christmas Day. Border crossings between Europe and the UK were suddenly closed, leaving trucks lined up for miles on decommissioned airfields.

The EU-UK trade agreement that did emerge can be described as the best of a set of bad options. That it was reached at all owes something to the US presidential election. Having cozied up to Donald Trump (and having previously insulted US President Barack Obama in racist terms), British Prime Minister Boris Johnson knows that the Biden administration will not be eager to do his government any favors. In the absence of a deal with Europe, the UK would have found itself utterly alone.

For their part, EU leaders welcomed the agreement because they understand that Brexit has already damaged the Union. Given the UK’s considerable geostrategic experience and capabilities (not least its nuclear arsenal), it was crucial for Europe to avoid a full rupture.

But, Brexit aside, the EU is also divided internally over economic policy, the rule of law, and the separation of powers. And as if these challenges were not great enough, developments in recent weeks have revealed a deepening divergence between France and Germany. These two traditional motors of European unification pushed through the EU’s new recovery fund, thereby securing cohesion between southern and northern member states. But the EU’s ongoing debate about foreign and security policy, led primarily by French President Emmanuel Macron, has opened a rift over the question of Europe’s strategic position.

Calling for “strategic autonomy,” Macron is reacting to America’s disengagement from Europe and its re-orientation toward the Indo-Pacific and China. He is right to conclude that an American withdrawal from the neighborhood will force Europe to assume significantly more responsibility for its own security. The implication for Germany is that it is approaching a moment of truth. Though it is the EU’s economic powerhouse and its most populous member state, Germany—mindful of its responsibility for the unimaginable suffering of WWII—has refrained from acting strategically for 75 years.

To be sure, German strategic abstention is what enabled the European project in the first place. But things have changed since the end of WWII, and the fact is that the EU cannot become a credible geopolitical force without Germany contributing its full economic, political, and, yes, military weight. The problem, of course, is that too many Germans themselves remain suspicious of “geopolitics”—or are clinging to a sense of moral superiority that leaves them disinclined to defend European interests.

In this context, the French were fully justified in initiating a debate about European strategic autonomy. The ball is in Germany’s court. Would a future German government consisting of the conservative Christian Democratic Union/Christian Social Union and a pacifist Alliance 90/The Greens grouping respond to pleas from a Libyan government of national unity asking Europe to use force to dismantle the human-trafficking camps that have been set up in militant-controlled areas there? France would certainly answer the call, but it would expect Germany and others to join in.

With his push for European “strategic autonomy,” Macron is vying to fill the geopolitical leadership gap that has been created by the UK’s departure and Germany’s ongoing refusal to engage with geopolitical issues. As Europe’s remaining nuclear power and permanent member of the UN Security Council, France is obviously the most appropriate candidate for the job; but it cannot go it alone.

Germany has at least pulled its weight when it comes to internal political issues, particularly concerning the preservation of European unity. Merkel demonstrated this recently by brokering a compromise with Hungary and Poland, which had threatened to veto the recovery fund and the seven-year EU budget over a new “rule of law mechanism” for the disbursement of EU funds. The German government has also repeatedly stressed that any push for “strategic autonomy” must complement and strengthen, rather than jeopardize, the transatlantic partnership.

Brexit raises long-dormant strategic questions about Europe’s internal unity and external position, and few of these are likely to be decided quickly. As such, France and Germany must seek out common paths for Europe, seizing on the opportunities that autonomy offers while remaining mindful of the limits. Even the most starry-eyed Euro-optimists cannot reasonably claim that Europe can succeed in the twenty-first century without a close strategic partnership with the US.