The future of transatlanticism is up to Europe 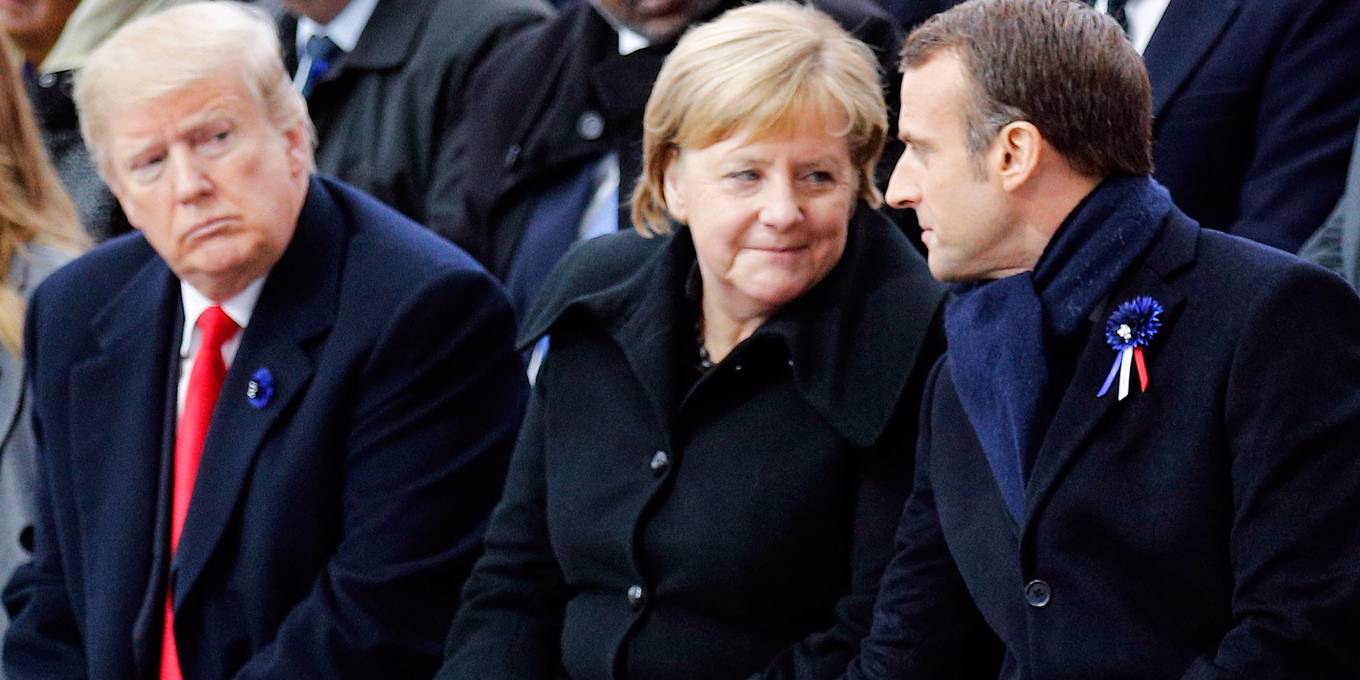 Europeans need to act by themselves and for themselves. Gone are the days when we could sit back and allow US aircraft carriers to project our interests.

BERLIN – Politicians who don’t know what to do when confronted with new or difficult circumstances often resort to empty phrases. This certainly appears to be the case for Europe and its changing relations with the United States.

For example, German Chancellor Angela Merkel now argues that transatlantic relations need a “fundamental” reappraisal, and German Foreign Minister Heiko Maas insists that there is an “urgent need for action.” But what does this mean? Where are the concrete proposals specifying what such action should entail?

The fact is that we Europeans—especially we Germans—long took comfort in the assumption that the post-war order would more or less maintain itself after the Soviet Union’s disintegration. After all, the US was the only remaining superpower, and it happened to be our closest friend. While we looked after ourselves at home, the US (with a little help from its nuclear-armed French and British friends on the United Nations Security Council) would assume responsibility for the wider world.

But since the geopolitical upheavals of the 1990s, the US—unlike most Europeans—has actually reflected on the changing world. It concluded that in the twenty-first century, it would have to think more about Asia—namely China—which meant that there would be less focus on Europe and the transatlantic world. Hence, while seeking to curtail America’s involvement in the Middle East and Europe, US President Barack Obama announced a “pivot to Asia,” which has since evolved into a loosely defined “Indo-Pacific” strategy under US President Donald Trump.

Now that China has replaced the Soviet Union as America’s main geopolitical rival, there is growing talk of a new cold war, and not just among Trump’s more hawkish Republican allies and advisers. Still, Trump is certainly the first US president to have openly demanded both loyalty and compensation from Europe. For the past three and a half years, the message from the US has been that if Europe—particularly Germany—does not pay up, it will not be able to count on US protection under Article V of the North Atlantic Treaty.

In Trump’s view, the world is a simple place where the strongest actor always prevails. He does not recognize the fact that America’s alliances are what reinforce its power and distinguish it from China and Russia. To Trump, all US partners and allies are merely potential marks for extortion.

It should be obvious by now that Europe must stop being the rabbit to the US serpent. America will do whatever it thinks best, and if Trump wins a second term in November, not even NATO will be safe. But even if Trump’s presumptive Democratic challenger, Joe Biden, prevails, the US will not suddenly snap back to post-war form. With or without Trump, the US still will look less to the Atlantic and more to the Pacific. And in a few years, Americans of European heritage will no longer constitute the majority of US citizens.

Moreover, two-thirds of Americans already think that their country “is playing the role of world policeman more than it should be,” which suggests that any future administration will feel pressure to curtail the US military presence in the Near and Middle East. That, in turn, will further reduce Germany’s longstanding importance as a forward base for US operations in the Middle East, Africa, and elsewhere.

Under these circumstances, Europe must start to define its own interests for itself and clarify the means (military, economic, political) by which it will advance them. For example, Germans should not let the US president’s views influence their internal debates about defense spending.

The same applies to European relations with China. How does the European Union intend to prevent each member state from pursuing its own China policy? Answering that question—and devising a strategy for dealing with China more broadly—will be far more important for the transatlantic relationship than NATO contributions, troop reductions, or trade issues.

Fortunately, given the geopolitical dynamics of the twenty-first century, even the US will soon realize that going it alone is a dangerous game. Global threats like climate change, nuclear proliferation, and pandemics can be tackled only collectively, and the need for a strong transatlantic partnership will become obvious as these issues come to the fore. But renewing the relationship will be possible only if Europe is united on key issues. An internally divided EU cannot be a serious partner to anyone.

For Europe, the transatlantic relationship will remain something of a default position. Europe decided to align with the US 75 years ago, and that is where it will remain. There is no possibility of “equidistance” vis-à-vis the US, China, and Russia, because the latter two hold fundamentally different ideas about non-negotiable issues of governance.

“The West,” after all, is not a geographical term; it is a universally applicable political project built around the rule of law, judicial independence, freedom of speech, an independent press, and other core liberal values. Notwithstanding Trump, Europe and the US together are still the leading exponents of these ideas.

Europe’s challenge now is to show that a balance can be struck between individual freedom and mutual responsibility. As the initial phase of the COVID-19 crisis showed, this is easier said than done. But since then, Merkel and French President Emmanuel Macron have taken a step in the right direction with their joint proposal for a European recovery fund.

Europeans should recognize that when they speak of “fundamentally” rethinking their attitude toward the US, they are actually revealing a change in their own self-perception. There is indeed an “urgent need for action.” Europeans need to act by themselves and for themselves. Gone are the days when we could sit back and allow US aircraft carriers to project our interests.

Sigmar Gabriel, a former German foreign minister and leader of the Social Democratic Party, is Chairman of Atlantik-Brücke, a member of the supervisory board of Deutsche Bank, and a media writer for Holtzbrinck Publishing Group.