Blueprint to save Iran deal 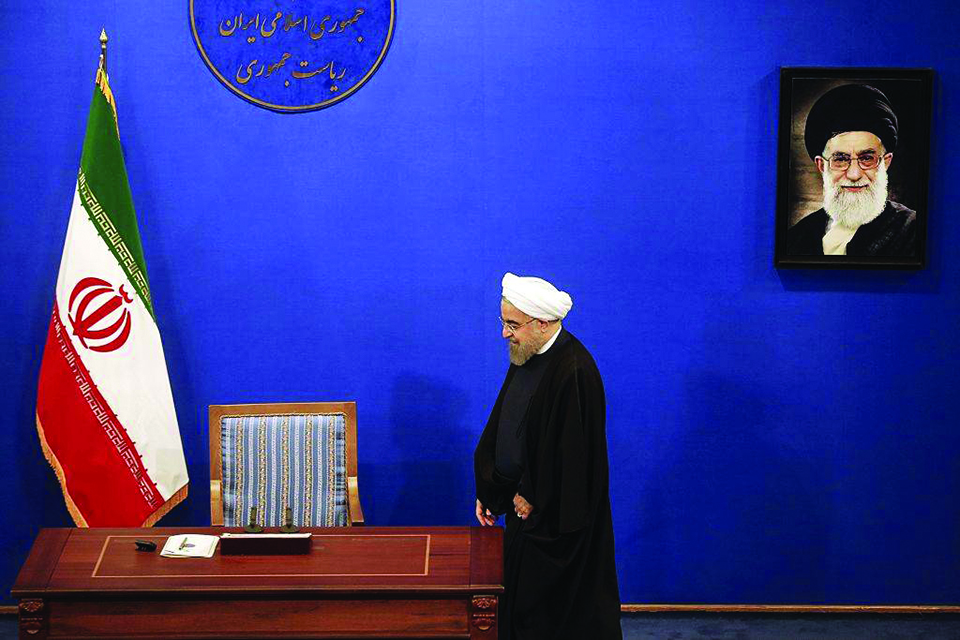 To salvage the nuclear deal and advance other diplomatic goals, the EU can leverage its economic relationship with Iran

BRUSSELS – There can no longer be any doubt that “America First” means precisely that. In abandoning the 2015 Iran nuclear deal, US President Donald Trump rejected the advice of allies and showed an utter disregard for the interests of France, Germany, the United Kingdom, and the broader international community. French President Emmanuel Macron’s last-minute effort to construct a broader diplomatic approach toward Iran was sidelined in the final hour, with little to no explanation from the Trump administration.

As with Trump’s other acts of vandalism against the international order—not least his withdrawal from the Paris climate agreement—his sabotage of the Iran deal, officially called the Joint Comprehensive Plan of Action (JCPOA), leaves it to other countries to pick up the pieces. The decision no doubt delights Trump’s domestic political base, which revels in his dismantling of the key achievements of his predecessor, Barack Obama. But the JCPOA was also a major success for the European Union. It was Europeans, after all, who paved the way for negotiations with Iran in the first place. And the deal itself significantly reduces the chances of nuclear proliferation in Europe’s backyard.

Attempting to justify his decision, Trump recently tweeted, “Remember how badly Iran was behaving with the Iran Deal in place. They were trying to take over the Middle East by whatever means necessary. Now, that will not happen!” But while it is true that Iranian influence has been spreading in the Middle East, there is no good reason to think that unilaterally terminating the JCPOA will suddenly change that fact. If anything, the decision could embolden Iranian hardliners and lead to even more Iranian meddling in Iraq, Syria, Lebanon, and elsewhere. In fact, almost immediately after Trump’s announcement on the JCPOA, Iranian troops stationed in Syria reportedly fired rockets into Israel.

Worse still, Trump has not even bothered to offer an alternative approach to containing Iran’s nuclear program. As a result, it is now incumbent on European leaders to step in. To be sure, the threat of US sanctions against European companies operating in Iran leaves the EU with an unenviable choice. But simply giving up on Middle East nuclear nonproliferation efforts is not an option.

Looking ahead, the EU should not limit itself to reaffirming its commitment to the JCPOA. It must seize this moment to introduce a broader strategy toward Iran, one that convinces Iranian leaders to address legitimate concerns about their ongoing ballistic-missile program and disruptive behavior in the region. If successful, a wider approach would also leave the door open for the United States to re-engage with multilateral diplomatic efforts at a future date.

To salvage the nuclear deal and advance other diplomatic goals, the EU can leverage its economic relationship with Iran. The Iranians must be made to understand that only by restricting their missile program and cooperating on efforts to restore stability to the region can they preserve their economic relations with Europe. EU leaders also must make clear that if Iran resumes nuclear enrichment or blocks access to inspectors from the International Atomic Energy Agency, the sanctions regime that was in place before 2015 will be reinstated.

At the same time, the EU should assure Iran that as long as it keeps its commitments under the JCPOA, then the EU will protect its companies from US sanctions and the extra-territorial effects of US legislation, as it did in response to US sanctions against Cuba in the 1990s. Providing such protection will be politically and economically costly, to be sure; but the alternative could lead to a nuclear arms race in the Middle East. And European citizens would likely object if the EU suddenly abandoned its principles simply to appease an unpredictable US president.

In taking the broader approach outlined above, the goal, as Macron has proposed, should be to conclude a parallel agreement to the JCPOA. But any new deal must go hand in hand with a wider strategy to stabilize the Middle East. Iran, the Sunni powers (led by Saudi Arabia), Israel, Russia, China, and the US must be convinced to stop fueling the region’s proxy wars. To that end, it is now up to the EU to lead on diplomacy, and to demonstrate to Trump that multilateralism is far more effective than diplomatic hooliganism.

More broadly, such a strategy could also start to close the deepening transatlantic divide that Trump’s presidency has opened up. The fracturing of the West is a welcome development in the eyes of Russian President Vladimir Putin and illiberal regimes around the world. Authoritarians and populists would like nothing more than to sow chaos and loss of confidence in the postwar rules-based international order. The democracies that built that order embody values that are antithetical to authoritarians’ interests.

Finally, Trump’s JCPOA decision demonstrates, once again, that Europe relies far too much on the US for its security and prosperity. Even by Trump’s standards, the savaging of the Iran deal was an astonishing act of diplomatic arson. It suggests that the full-scale operationalization of his “America First” approach is just getting started. Now is the time for Europeans to reclaim control of their own destiny. By strengthening its capacity for defense and global leadership, the EU can advance both its own interests and those of the broader international order.

Europeans scramble to save Iran deal after Trump reneges