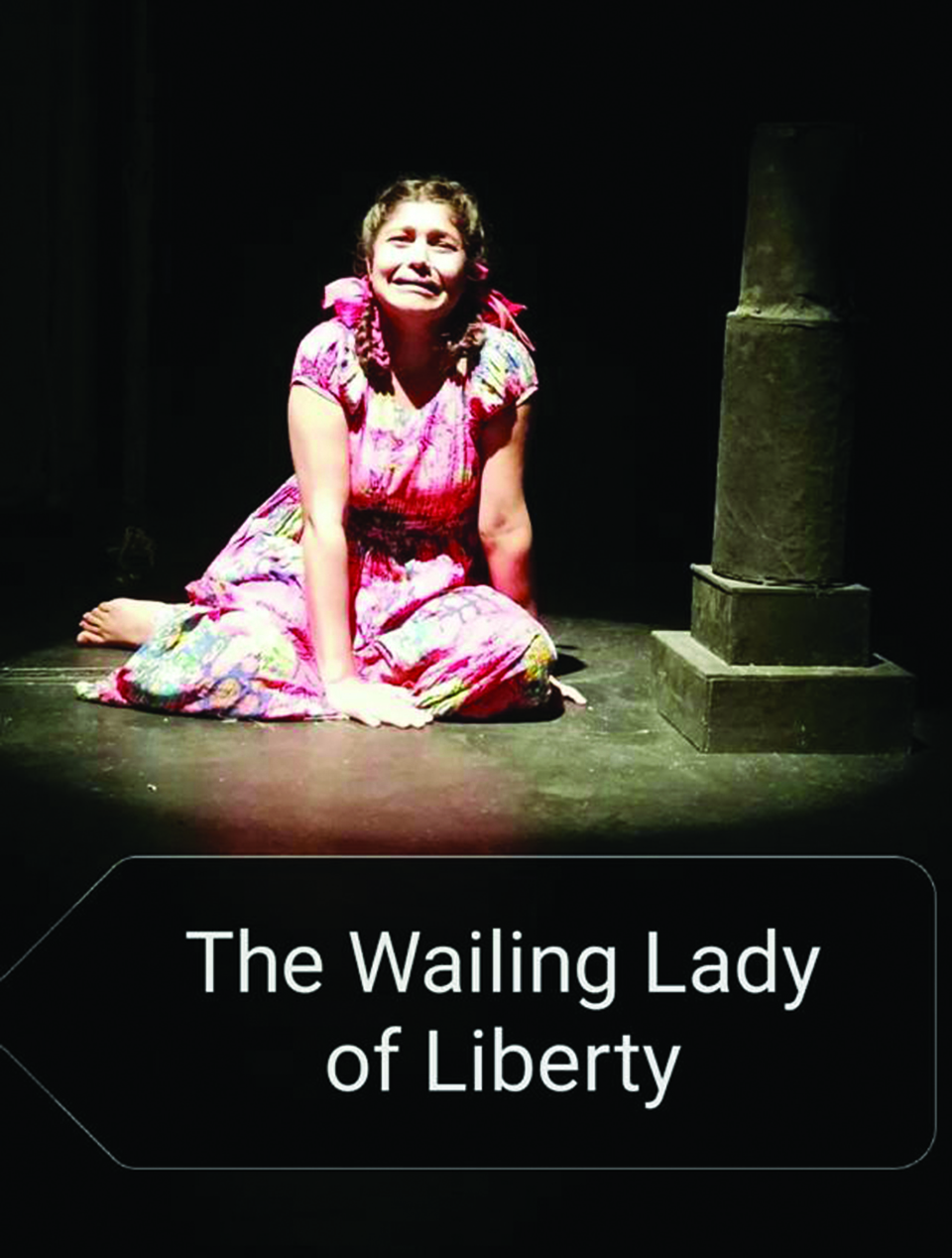 It’s too early to pass a definitive judgment, but Premier Oli has a lot going for him

The story may be apocryphal, but it’s still in currency. It is said that when King Farouk of Egypt was deposed, he ruefully predicted that only five kings would ultimately be left in the world: The king of hearts, the king of spades, the king of diamonds, the king of clubs and the King of England.

A sense of frustration in the outburst of the ousted king is unmistakable. Sheikhdoms continue to be the rule in much of Arabia. Perhaps inspired by wunderkinder of the Silicon Valley, the absolute ruler of one of the poorest countries in the world recently renamed his country ‘eSwatini’ on his 50th birthday. Monarchies continue to thrive in ethnonational outposts of Scandinavia. Japan still reveres its divine emperor despite embracing modernity with gusto.

Perhaps there is some relationship between socio-cultural homogeneity and the longevity of the throne. After all, kingship is merely an evolved form of tribal chieftaincy. Empires of the past were different. Emperors commanded the loyalty of many chieftains and multiple feudal lords. But monarchy per se is more acceptable only when there is an overwhelming sense of the homogeneous ‘self’ in society and ‘others’ of all minority communities are under constant pressure to adopt mainstream values. Malaysia has solved the ‘one country, many people’ problem by institutionalizing the system of rotating monarchies.

Shorn of hyperbole, King Farouk did have a point though: The continuing relevance of tribalism in the homeland of one of the greatest empires that the world has ever known is a conundrum that can only be explained by British exceptionalism. Brexit too is based on the assumption that the British ‘nation’ is exceptional and need not conform to the evolving norms of multi-national and multi-cultural entities being imagined for the twenty-first century.

Odd as it may appear, nationality and citizenship are usually considered to be synonyms in the English language despite the fact that member states of the Commonwealth are more diverse than the rest of the world. The English parliamentarians defeated their king in a war, experimented with republicanism but when they couldn’t live without a chieftain, imported a near heir to the throne from abroad and adopted him as their own. Little wonder, a character in Asterix comics is stupefied by the strangeness of English people that habitually drink ‘hot water with a spot of milk’ and bond with each other like no one else! Even less surprising is the fact that the closest the British have to a National Day is their Queen’s Birthday and ‘God Save the Queen’ is its national anthem.

Keeping up with a long tradition, the British Embassy held a reception last week for the movers and shakers of Kathmandu on the Queen’s Birthday. Up until the late-1990s, the only recognizable Madheshi at such diplomatic dos used to be a hirsute Hridayesh Tripathi. Starched uniforms, shining brass, Laweda-Suruwal ensemble and some fluttering silk dominated the lawns of Lainchaur even till the late-noughties. Things have slightly changed since then.

Even though the invitee list has apparently got shorter—cost-cutting at overseas missions has made many countries outsource as basic a service as issuance of visas—more journalists and busybodies can be spotted these days. The notable reappearance of expatriates, consultants, and commission agents that used to be permanent fixtures of all such events evokes the 1990s when the economic growth mantra was vastly in vogue. The new hymn of the development industry is the ‘pursuit of prosperity’ which has the bipartisan sanction of the ruling communist coalition and the nominally socialist party in the opposition.

The development set is looking forward to the supposed stability the communist coalition will ensure in the volatile polity of Nepal with little or no fear of authoritarian risks that such regimes inevitably entail. The equation of expectations looks perfect. With a strong leader commanding more than two-third majority in the parliament holding the reins, the hope that the horse of bureaucracy will begin to gallop isn’t unrealistic.

Premier KP Sharma Oli doesn’t just control his party; he commands the loyalty of the entire constitutionally-created community of Khas-Arya ethno-nationals that dominate the polity, society, culture and economy of the country. The joke in Kathmandu is that if Premier Oli were to be a candidate for the Presidency of the main opposition party Nepali Congress, he would defeat its incumbent chair Sher Bahadur Deuba hands down! Self-evident exaggeration of the gag notwithstanding, there is little doubt that ethno-nationalists of Nepal look towards Premier Oli as their latest savior on the horseback in the lineup of glorious Gorkhali chieftains such as Prithvi, Jang, Chandra and Mahendra.

Having died unsung by the society that he so loved—he was imprisoned on the charges that his ‘brain be stopped from functioning for twenty years’ by the fascists—Italian Marxist thinker Antonio Gramsci knew that tyrannies often worked in insidious ways. His famous formulation that absolute power equals coercion plus consent still holds. Naked force runs the risk of being resisted; but when hegemony is produced, the indispensability of the regime is easily established.

It’s too early to pass a definitive judgment, but Premier Oli has a lot going for him. His party is in complete control of the 4B instruments of the political economy—bureaucrats, bankers, brokers and builders—through syndicates, cartels and consortiums that do its bidding. The organized civil society of professionals, trade unionists and do-gooders swear by the name of the patron-saint of ethnic community that protects and promotes its hegemony.

The Nepali media needs no gag rules: It sings panegyrics in Premier Oli’s praise of its own volition, which sounds more authentic and a lot sweeter than submission to the regime obtained through coercion. The Khas-Arya intelligentsia doesn’t speak ‘truth to power’ but manufactures the version of truth—recently named post-truth—that the powers that be want to be propagated.

There is a reason aidocrats are in awe of the strongman at Baluwatar. The highfliers of aid industry hobnob with White Shirts; live in rented villas of the haute bourgeoisie; hire local NGO partners and consultants from the affluent middleclass; and employ members of the lumpen bourgeoisie as housekeepers, domestics, chauffeurs and gardeners. They hardly get to hear about fears of Madheshis, Dalits and Janjatis and are constantly serenaded with uplifting spins of long-awaited stability in the country.

Algebra is sometimes referred to as the ‘generalized arithmetic’ since both consist of similar computations. Algebra, however, also deals with variables within ordinary rules of calculation. The illiberal temptation seems to be a global phenomenon. It seeks to beat globalism with nativistic policies of ethno-nationalism. The trend has a name now—the Beijing Consensus—which holds that the economy can remain open, but the polity must be closed to put ‘the People’ first. Popularity of the thesis can be gauged from the fact that even an inheritor of the French Revolution recently exclaimed, “The great leaders of the world come from countries that are not great democracies”.

Indeed, democracy has been an aspiration rather than the reality for much of human history. When Francis Fukuyama proclaimed the “End of History” after the collapse of Soviet Union, what he probably had in mind was the idea of democracy rather than its essence. Populists and demagogues have suddenly discovered that majoritarianism serves their purpose even better than absolutism ever did because the former has the legitimacy of the popular will.

What was once said of Russia applies equally well to the Chinese polity: “It’s a riddle, wrapped in a mystery, inside an enigma”. Hence, Vladimir Putin and Xi Jinping are paramount leaders in an analytical category of their own that offer no general lessons. However, commonalities between Recep Tayyip Erdogan of Turkey, Rodrigo Duterte of Philipines, Viktor Orban of Hungary, Donald Trump of the USA and Narendra Modi of India are striking. They have all harvested the electoral crop of the ‘fear of the other’ in the dominant community and have made a mockery of democracy in the name of their own version of ‘the People’.

Beyond Brexit, British parliamentary system may come in the way of majoritarian absolutism, but perils of populism are much higher in emerging democracies. Dangers of demagoguery are even more when ‘one country, two people’ phenomenon—such as Pahadis and Madheshis in Nepal—persists. But it takes a while for the aidocrats to discover the obvious.

Human birth comes with inherent affiliations not just to the family that the individual is born into, but also to... Read More...