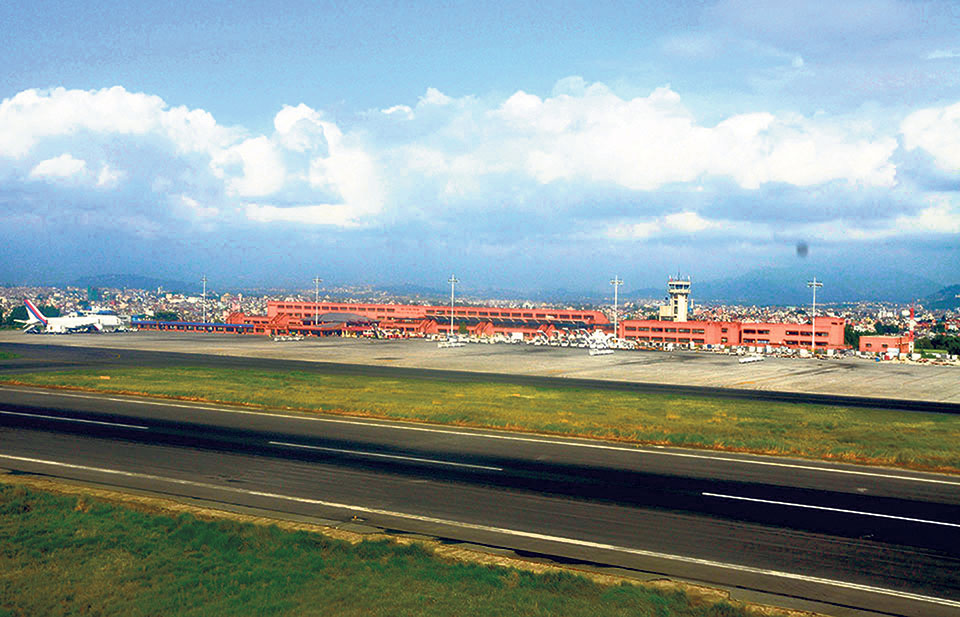 One old aviation hand suggested that I should do a piece timed to coincide with 36th International Federation of Air Traffic Controllers Association (IFATCA) Asia Pacific Regional Meeting (APRM) in Kathmandu (21-23 November). Seventy-seven and long retired, he still loves getting involved with aviation activities wherever possible. Though hesitant, I pondered if mitigating notoriety earned by TIA for inordinate long holdings in the air would be appropriate enough. As this was likely to make our ATCs little less stressful and that it was in consonance with the core aim of IFATCA, I decide to give it a try.

As for IFATCA, it is the recognised international organisation representing air traffic controller associations with over 50,000 members from 130 countries and came into in existence in 1961.

As a non-profit and non-political organisation its objectives are naturally related to promoting safety, efficiency and regularity in navigation. It even assists and advises in development of safe and orderly Control systems. For being a profession related organisation, it naturally looks to protect and safeguard ATCs’ interests besides promoting and upholding a high standard of knowledge and professional efficiency.

The Asia Pacific region has NATCA, the Nepali outfit, along with other eighteen associations. Possibly, China does not belong to this group as Taiwan is in and the same goes with South Korea being in while North Korea is not. But Chinese territories of Hong Kong and Macau are there independently. One wonders why among eight in SAARC, all seem to be in except Afghanistan, Bangladesh and Bhutan. And why way-off Kazakhstan is in while other republics of erstwhile USSR, even if physically closer, are not? The group also has countries with best of ATC system and matching aviation safety credentials despite having very heavy air traffic. International hubs like Hong Kong and Singapore, though small, handle it most impeccably. Others with very good records are Japan, Australia, South Korea, Taiwan and New Zealand.

Of the remaining eleven possibly most have room for some improvements in terms of handling airport traffic and improving safety. Nepal is one that needs to do utmost in all fronts. For that reason alone there could not have been a better place for this gathering than Kathmandu, assuming TIA specific issues might also be dealt in some way.

Program detail shows two presentations for the first day and two workshops for the second. As the airport visit is listed for today, the final day, one wonders if it will arouse enough interest among the delegates to visit a rudimentary facility.

Developed during Dakota era the early runway (RWY) orientation was 16/34 and it was quite short. The alignment was changed to better suited 20/02 and 2012m long. This was further extended to 3050m to suit bigger aircrafts. While current length is good enough for landing some aircraft still face take-off load penalty. While nothing much can be done as regards airport location some improvements on basic infrastructures could help TIA improve its image.

TIA’s two major constraints are related to lack of taxiway connections to the two runway ends. Needless to say, it makes runway get occupied both before take-offs and after landings. Since aircrafts can turnaround/backtrack only at the ends, they end making “wasteful use” of the runway and this happens with every single flight. Increased traffic volume amidst the bottleneck leads to aircraft getting stacked long in the air. That is not all. The worst operational conflict is created by the compulsion of all landings from ‘02’ (S) and almost all departures from ‘20’ (N). I am sure most of the IFATCA delegates who arrived must have experienced some or unusually longer holdings. Apart from the usual job related stress, ATCs here are often mortified for having to keep aircrafts in long hold, not due to traffic situation, as one would expect, but due to want of on-ground parking space.

Hopefully, runway occupancy time will decrease significantly once both ends get taxiway connected. That aside, runway is also to be extended by additional 300m towards south. But its length will still remain the same as the 300m stretch towards ‘20’ end will be designated as stopway (SWY). But it is beyond normal understanding as to why such critical works, that should have been done ages ago, have remained bogged down, ever after having begun some years ago.

As such, if and when these get finally done, the next logical step will be to bring in efficiency in runway use and flight movements. This will not be possible without undoing the current conflicting situation as highlighted earlier. The only option, in my humble opinion, will be to make all landings and take-offs face north by using only ‘02’ as this will largely smoothen the flow of traffic. Besides, ‘02’ take-off offers both left and right turn. For airlines the real icing on the cake will be the undoing of load penalty because of the bonus length offered by the SWY. Possibly, it is the most that can be done under the circumstances, unless, of course, experts can come up with better solutions.

As for the current practice, aircrafts taking-off from ‘20’ do not make left turn to avoid getting ambushed by grave “what if” like situation. Making horrendous noise they invariably end over the city core as they turn right at low level. Allowing such a practice will be unthinkable elsewhere even during day operations. It is just stupid arrogance that TIA is made to operate 21 hours without any noise abatement procedures (NAP) whatsoever! Our nights are going to be even noisier when it starts functioning round the clock. Hopefully the delegates have had a fruitful meeting, a pleasant stay and, above all, undisturbed few nights.

JANAKPUR, Dec 12: Minister for Culture, Tourism and Civil Aviation Yogesh Bhattarai has said that the government was working to... Read More...

KATHMANDU, March 31: Minister for Culture, Tourism and Civil Aviation Rabindra Adhikari has said that the improvement of situation at Tribhuvan... Read More...