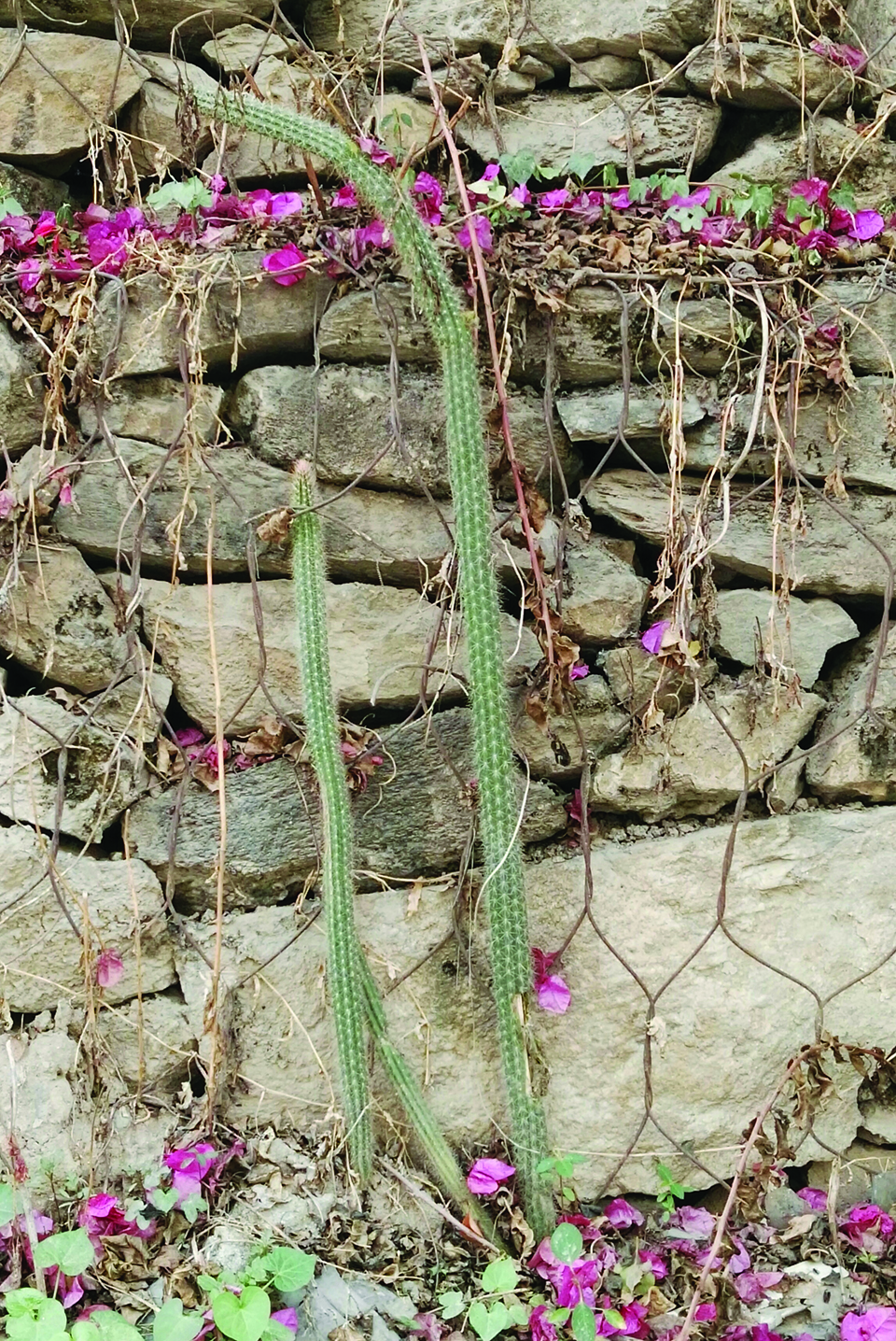 Censorship is harmful to society in all its forms, but self-censorship is perhaps more injurious as it spreads into the body politic in subtle and insidious ways without anyone taking notice

An old saw holds that no news is in fact good news. In that sense, the World Press Freedom Day 2018 on May 3 in Nepal was a staid affair. Unlike in the years of Maoist conflict, there were no reports of journalists being threatened, arrested, interrogated, and abducted or something much worse happening to any media-person anywhere in the country on the line of duty. No editor has been incarcerated for publishing treasonous material.

There were some stray incidents of a few publishers being charged with contempt of court. But after heavy politicking in post-2008 order, the judiciary in Nepal has lost all moral authority to even defend itself without courting powerful politicos. By and large, the media dismissed contempt cases with the contempt such charges deserved.

Some keyboard warriors did complain about not being paid in time or even not being paid at all in private, but there were no reported stories about exploitation of the labor in the media industry even on the 200th birthday of Karl Marx. The media industry exists due to the importance of transparency in public life but it’s one of the most opaque of all businesses. The paradox is often lost on editors that don’t cease to moralize about everything else in society.

In fact, silences speak much louder than words. Amidst the Modi Mania—a classic case of much ado about nothing—gripping the media, no word has been heard about Resham Chaudhary. Elected with massive majority to the lower house of parliament, Chaudhary is a former journalist who lost his radio station, in addition to his other properties, to the arsonists in Tikapur. Retirement of a Supreme Court judge was banner news, but few have dared to question the legitimacy of the oath of office the person concerned had administered on the Head of State after allegedly being superannuated. The outcome has prevailed over procedural precision.

There seems to be a consensus among the HAMNS (Hindu, Aryan, Male and Nepali-Speakers) warriors of word in the media not to rock the boat and let the ethno-national regime have its way in the name of stability. The assumption is that prosperity will then inevitably follow in the wake of political constancy for full term. There is a reason Prime Minister Khadga Prasad Oli has begun to confidently straddle the border between democratic pledges and authoritarian practices with panache.

The media lapped up Premier Oli’s outrageous utterances when he disparaged the intelligentsia as mouse sharpening their teeth by gnawing at the starched suits of the power elite. Journalists enthusiastically joined the chorus when the government began to harass international agencies that were unwilling to buy its stability and prosperity propaganda hook, line and sinker.  Prime Minister’s office got an uncritical benefit of doubt when it began to concentrate most investigative agencies under its direct control.

Incorrigible believers equate all doubts with heresy. Gatekeepers of the media think that there is complete press freedom in the country because they are at liberty to raise jingoistic slogans, stoke up xenophobic fears, blow the trumpet of miraculous prosperity and pen panegyrics in praise of the PEON in general. It is possible to argue as Oliological Ximians have been consistently doing since the formation of the communist coalition that the glass is half-full because Premier Oli is determined to gallop on the Belt and Road of the Chinese towards the Beijing Consensus of state capitalism and guided democracy. The empty half looks more ominous.

Censorship is harmful to society in all its forms, but self-censorship is perhaps more injurious as it spreads into the body politic in subtle and insidious ways without anyone taking notice. Freedom to say only such things that the powers that be want to hear is actually unfreedom of the worst kind for it demeans the communicator as well as the receiver simultaneously.

Objectivity in journalism is a useful fiction that lets mediapersons pass as impartial professionals. Unlike an engineer building a bridge, a surgeon operating upon a patient, a mechanic repairing a car or a barber styling the patron’s mane, it’s not possible even for a greenhorn on the journalistic frontline of digging 5W&1H (What, Where, When, Why, Who and How) for the next post or issue to maintain complete neutrality. Taking a side seldom comes in the way of maintaining balance in the story. The audience instinctively recognizes where a news report is coming from.

By its very definition, an op-ed has to be, well, opinionated. It helps if the op-ed writer has taken the trouble of marshalling facts and arguments to buttress a point of view. Though usually unsigned, an editorial is the formal position of the publication over an issue of public interest. The role of in-house commentators of television and radio is analogous to those of editorial writers in the print media. But what exactly do columnists do in the prime real estate of the newsprint? Unfortunately, even editors of the Nepali press seem blissfully unaware of the difference between an op-ed and a column that often appear alongside or sometimes in the same space.

After producing at least one published byline per week for close to three decades, I think I can name some names that did recognize that columns aren’t simply opinion pieces of public figures, experts, celebrities and socialites. I wrote regularly for almost a decade for what was then a fortnightly newsmagazine. Its content leader Rajendra Dahal once told me that no editor will willingly surrender his sovereignty over the designated space to a columnist unless told to do so expressly by the publisher. Though terminated on technical grounds, Kishor Nepal was perhaps guided by the same principle when he refused to carry my columns in the sister publication of this newspaper for as long as he was its editor.

An anecdote related to the owner of a publishing house that pioneered the practice of paid-news in India reveals similar beliefs. He reportedly once told his editors neither to independently engage new names nor mess with existing columnists. I rephrase from memory, but the analogy created by perhaps the most effective innovator of the media business goes something like this. Reporters are like legs, hands and body of the newspaper. The editor—content manager in the media newspeak—is the mouth that eats, masticates and speaks. Contents of the op-ed page are eyes that see the diversity; “a nation talking to itself” in the famous description of Arthur Miller. Columnists, however, are more like ears and the nose that stand out despite being integral parts of the same face.

If ‘standing out’ is the first requirement of being a columnist, what role does ‘they’—a singular pronoun that includes the indeterminate gender of choice in addition to he or she—perform in the mission of the media that is to ‘inform, enlighten and entertain’ apart from making some money for its proprietors? Perhaps the primary duty of a columnist is to question the conventional wisdom—the body of ideas or explanations generally accepted as true by the public and or experts in the field.

The knowledge protocol requires that reporters back their position with facts, which come from people, events, trends and their interpretation by established experts. Opinion writers have to argue with convictions that rule out all contradictory questions. There is a reason the The New York Times calls columnists ‘performers’—they are often free to pursue their obsessions and chase away pet peeves in any which way they like. Editor Dahal was correct in comparing the column to surrendering editorial sovereignty over the space.

I have been a columnist with this newspaper from the very first year of its decade-long publication. Disallowed at least twice from the pages of its vernacular sister, I have been given full freedom to pontificate from the Sidelines columns. Perhaps it’s sign of the times that I thought it prudent to seek prior consent from the editor of the op-ed page before penning this piece. Bob Dylan rings true: It’s not dark yet, but it’s getting there.

Echoing the Voltairean principle (“I wholly disapprove of what you say and will defend to the death your right to say it”) for our times, Noam Chomsky admonishes, “If we don’t believe in freedom of expression for people we despise, we don’t believe in it at all.” Unfortunately, Voltaire and Chomsky are roadblocks on the expressway of prosperity politics.