BHAKTAPUR, March 31: With almost two weeks to go before Bhaktapur’s major chariot procession Bisket Jatra, a big crowd gathered near Lyoshekhel on Thursday. The crowd was so big that some people at first thought the chariot procession had already started. However, the mass later dispersed as they were there just to clean the place and prepare it for the upcoming cultural event.

Hundreds of people including school children to senior citizens, gathered for the cleaning campaign with their gloves and masks including Nepal Police, Nepal Army, employee of Bhaktapur Municipality and local club members.

The cleaning of Bhaktapur surrounding takes place every first and 14 th day of a month. The participants cleaned various places inside the city, such as temple premises, roads, and Hanumante river as well where locals take bath and offer water during Bisket Jatra.

Bisket Jatra begins from Lyoshekhel, Bhaktapur that is celebrated for eight days and nine nights. Every year around 55 feet long pole (lingo) is erected at the end of Nepali month Chaitra and that pole is pulled down on Baishaka 1 of Nepali month. 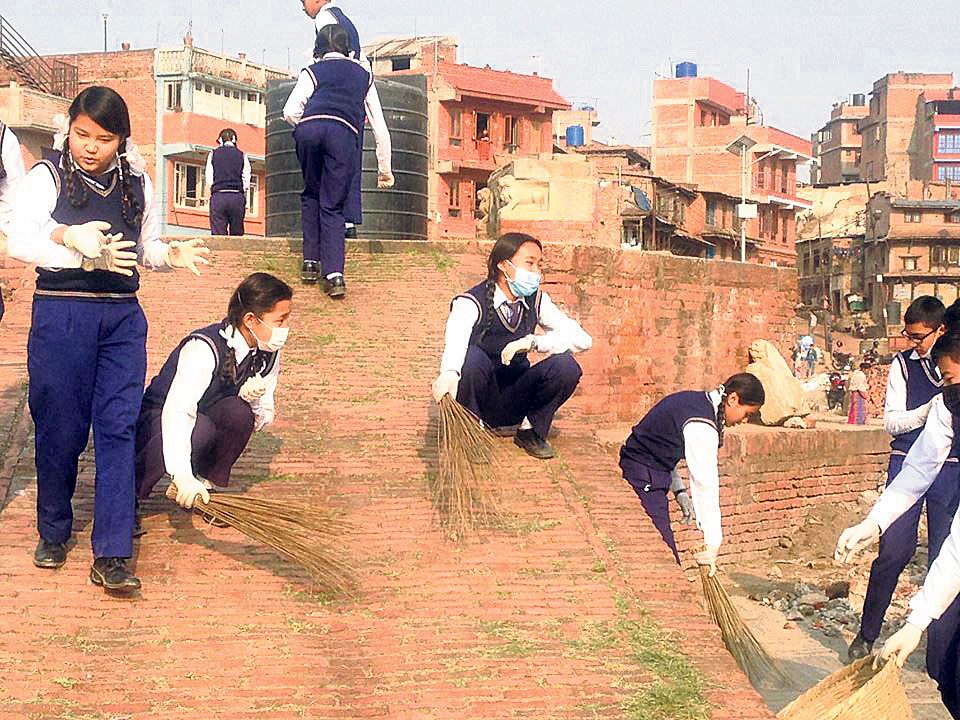