Who is right, who is wrong on Nepal-India battle of maps? 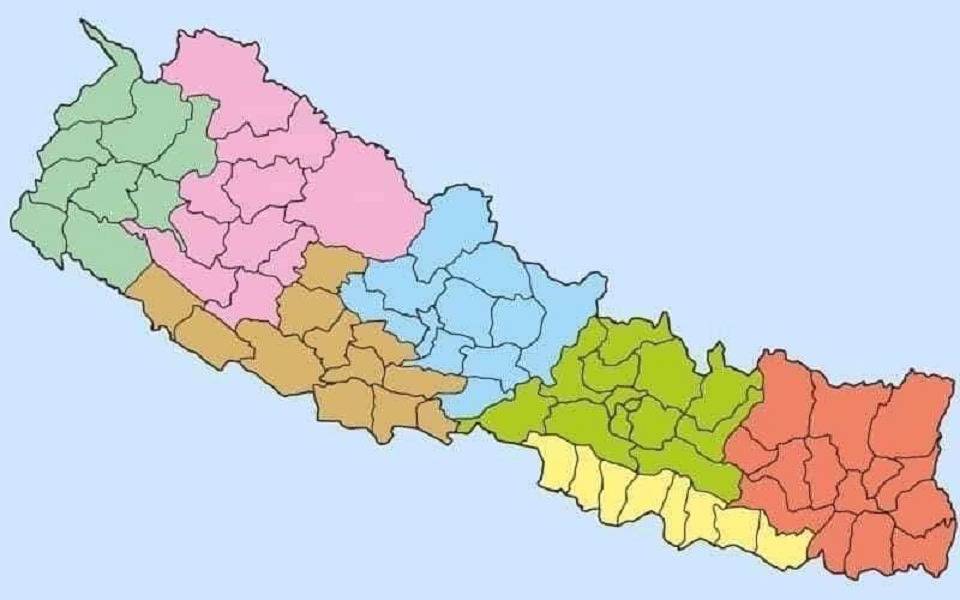 Shrestha, former Director General of Survey Department, is border expert and the author of several books on Nepal’s boundaries
news@myrepublica.com

Nepal published its revised ‘political and administrative map’ incorporating the frontiers of Lipulek-Kalapani-Limpiyadhura in May this year. The map has been approved through parliamentary voting unanimously to pave the way for replacing Nepal’s map in the national emblem with the country’s revised map. It has been authenticated by the office of the president. Ever since, the new map is in official use.

But there have been some curiosities both in Nepal and India: Does the map include Susta and other disputed spots? Why did Nepal have to unveil it at this juncture? Why did Nepal not include Limipyadhura into it when it published its own map for the first time in 1976? Has China anything to do with this issue?

Nihar R Nayak, a strategic analyst with the Manohar Parrikar Institute for Defense Studies and Analyses (MP-IDSA), recently wrote “the other ‘disputed’ area-Susta-has not been included in the new map. Can it be said that since Susta is not strategically important for China, it was not considered for portrayal in the map?”

If one minutely studies and analyzes digitally the revised map of Nepal, one can clearly see that Narayani (Gandak) River has been drawn with blue color on the map. The borderline has been demarcated east of the river, including Susta area, further up to the Rahuwa Ghola and then north to Bhediyari settlement, where there is an Indian SSB border observation post. The Ghola seems to be a depression, as the remnant of the river Narayani during the Treaty of Sugauli-1816. In addition, the new map has also incorporated the other disputed areas Nepal has claimed including cross-holding occupations and encroachment of no-man’s land.

Second, Nepal unveiled the new map in response to the Indian move of bringing out the new map in November, 2019 that included into it the territories—Kalapani, Limpiyadhura and Lipulek—that Nepal has long been claiming as its own.  India responded by saying these territories fall inside Pithoragarh district of the Uttarakhand State.

Indian Army Chief MM Naravane, who is honorary general of Nepal Army as well, commented that Nepal asserted its claim on Kalapani at China’s behest. That was a damaging statement. The government of Nepal has strongly refuted China connection over the map issue.

Commentators like Nayak continue to drag China into Nepal’s claim on the territories in question. He further wrote “the role of China to take advantage of the long-pending Nepal-India border disputes at this juncture cannot be entirely ruled out.” Chinese side has refuted this too. Chinese Foreign Ministry Spokesperson Zhao Lijian on May 18 said that the “issue of Kalapani is between Nepal and India” and expressed the hope that “the differences will be resolved properly through friendly consultations.” Thus, China has neither blamed nor supported Nepal and India over this matter.

When Nepal sent a diplomatic note for the bilateral talk, India responded by saying the talks could be held between the two countries after the Covid-19 crisis. Proposed talks have never materialized. The truth of the matter is neither India consulted Nepal before publishing its ‘controversial’ map in November, 2019 nor Nepal informed India before publishing its new map. That was a ‘blind move on the map’ from both the sides.  Had there been dialogue just after India published its new map and two sides agreed to settle the disputed matter through diplomatic means, Nepal would probably put on hold the release of revised map.

Now the map of India and the map of Nepal overlap on the territories of the same region. The rest of the world may be confused as to whose map is authentic and whose is not and who does the land in question actually belong. It may look like a ‘battle of maps’ for many. But the truth of the matter is that the international organizations recognize the map based on the treaties and related historical documents with facts. Nepal’s claim is based on Article 5 of the Sugauli Treaty and the maps of that time. India would like us to rely on maps published after the Sugauli Treaty.

It should be noted that during his visit to Nepal in August, 2014, Indian Prime Minister Narendra Modi and his Nepali counterpart Sushil Koirala had “directed the Foreign Secretaries to work on the outstanding boundary issues, including Kalapani and Susta receiving required technical inputs from the BWG as necessary.” If the Boundary Working Group (BWG) had been activated both countries would probably think before bringing out their maps.

On August 14, Prime Minister K P Sharma Oli telephoned Modi to extend greetings and best wishes on the occasion of 74th Independence Day and also congratulated India on its recent election as a non-permanent member of the UN Security Council. Three days later, on August 17, Foreign Secretary Shankar Das Bairagi and India’s Ambassador to Nepal Vinay Mohan Kwatra held a video meeting to discuss the status of India-funded projects in Nepal. Reportedly, neither side raised the issue of map.

Not speaking about it does not help solve the problem. Actually, the mistrust between Nepal and India on the border map could be resolved through dialogue and discussion. Mutual trust, understanding and coordination must prevail. In the principle of international boundary negotiations, there are measures to resolve the boundary issues between neighboring countries. If India and Nepal adopt some of these alternative measures, they will be able to resolve the Kalapani issue on ‘win-win’ basis.

Shrestha, former Director General of Survey Department, is border expert and the author of several books on Nepal’s boundaries

KATHMANDU, June 21: Amid the ongoing India-China border tension that has already claimed the lives of 20 Indian army personnel,... Read More...

KATHMANDU, May 10: Lawmakers have demanded that the government provide information regarding its preparations to tackle the issue of the... Read More...