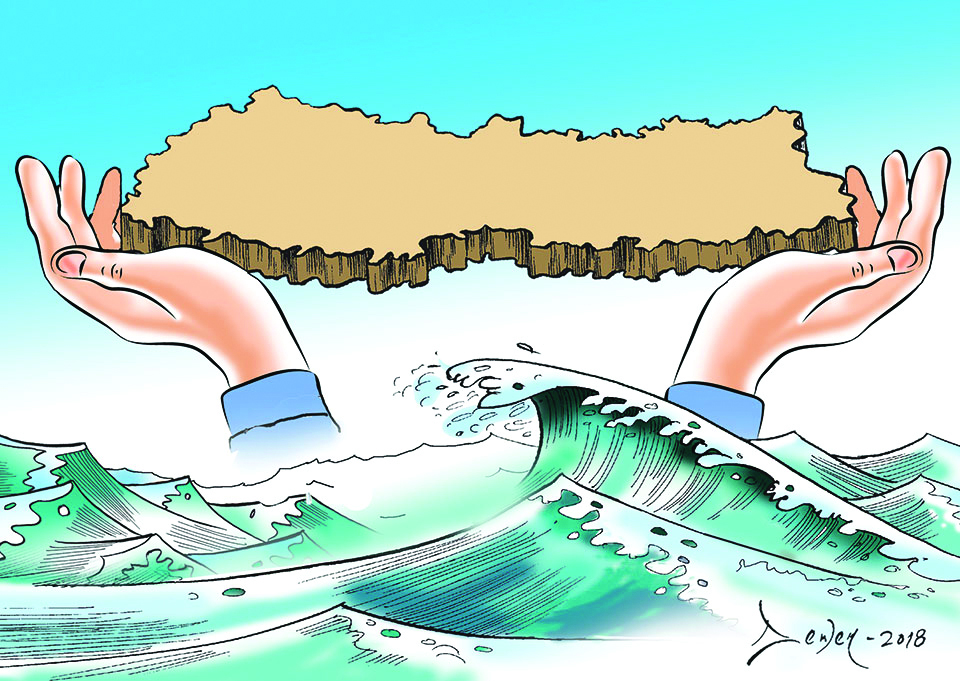 Nepal doesn’t need me or any foreign-endorsed people like me. It’s us who need Nepal, to experience, to love, to live, to praise, to savor, to relax and to be content

Nepal doesn’t need me or people like me. It’s me who needs Nepal. Like the old adage goes, “Thirsty ones go to the pond, the pond doesn’t transport to the thirsty ones”. Nepal has continued to flourish without people like me. It has kept progressing no matter how gradual the progress may have been. Nepal has witnessed many brain drains, many bright stars toiling away in foreign soil, many harvesters forsaking their fertile land for laboring in faraway shores. For reasons aplenty—freedom, finance, force (no option if family marries you off to person living overseas).

My country has seen the worst and the best of times, with or without allegiance from people like me. There are thousands of people like me currently living away from Nepal for so long, yet we seem to worry and even lash out on social media at times about Nepal’s unstable government, about never-ending poverty and widening disparity between the rich and the poor, about culture and traditions, about potholes and corrupt officials. What right do we forsakers have to criticize or interfere when we have deserted our homeland for so long?

About dozens of articles have been published in this daily on how people living abroad for significant number of years are wanting to return to Nepal. Or on why they should come back to the homeland forever for good. Those who wrote such articles have their own reasons, rationales and potentials explained. I’m jumping in on the bandwagon too.

To return or not to

Some emphasize on the impossibility of returning due to children’s better future, untapped potential and so much opportunities. Some lambast about income disparity and unappreciative mindset towards their line of work if they return, some boast of wanting to contribute their expertise back to their country for reasons to return, some profess their need in the country to create new avenues, some want to cash in on opportunities for foreign-return graduates, some have no choice but to return being the only child to look after their frail parents. The list of reasons for returning is equally long like the list of reasons for leaving the country in the first place. What is fascinating though is the fact that majority of these people living abroad went because of their own ability (except for people entering overseas on spousal visa, refugee or humanitarian visa and tourist visa). Doesn’t that speak volume in itself? That education and motivation system in Nepal is much stronger and capable than what people discredit it for.

There might be limited career options and not many will have finance to carve out a niche for themselves back home in Nepal. However, these Nepali people living overseas rarely struggle to fulfill their dreams or to complete their degrees. They compete on international levels and succeed. Most of them snap up well-reputed or well-paid jobs. Other vast majorities will labor hard to remain overseas and enjoy the freedom that they earned. This indicates that Nepalis have been successful abroad primarily because of the strong education base, values, knowledge and drive they had been instilled on while still back in Nepal and also because of their inherent desire to succeed. It’s the reverse of what many Nepalis living overseas think. Those who have established themselves so well abroad would mostly hesitate to leave it all at the drop of a hat to return back. Going overseas from Nepal, however, is invariably an affirmation in a heartbeat for most. Nepal therefore should be considered successful and competitive in itself in preparing its people to propel forward in life whether overseas or back home.

I want to return too for good. I have my own selfish reasons to return. I was raised in a privileged and bubbled-circle. I never got to really see real “local” Nepal.  As a teenager, I didn’t really have to deal with any government officials to know how it operated. I guess most teenagers even now still don’t have to deal with officials, corporates, law makers etc. It’s just the way it is in Nepal. So when I left my country too young to even grasp how things function in a developing country like ours, let alone concept of politics, work ethics, socializing dynamics etc, I missed out “living locally”. I didn’t get to discover my country because I didn’t get to travel, I didn’t get to enjoy the laid back society because I grew up in a high strung family, I didn’t get to enjoy local street foods because I was a picky eater with terrible gut health even as a child, I didn’t get to create cherished memories with my friends because we had a strict unsocial household and I left the country a bit too young to indulge in lifelong bonds.

I’ve missed out so much on Nepal that I want to savor all that it has to offer. I know I’m selfish. But if being selfish makes me a patriot too, then so be it.

I’m not going back home to snatch job opportunities. I don’t have any right to deprive homegrown talents of their share. I don’t deserve to be treated any special because I had stranded my country when it mostly needed human resources like me to create changes. I’m not going to expect high paying jobs as a foreign-returnee because my skills and expertise might have no use or context for my homeland and I certainly won’t be comparing my foreign income capability with Nepal’s job values. It’ll be ridiculous to even compare and sulk when jobs paying income that meets my needs in Nepal suffice.

It will be haughty for people like us to think that we are better equipped to contribute back to Nepal. I have nothing to contribute back because Nepal has survived without my contributions so far and it will continue to flourish even in future. We should be happy that we will be embraced back in Nepal with ease. So no, Nepal doesn’t need me or any foreign-endorsed people like me, it’s me who needs Nepal. To experience, to love, to live, to praise, to savor, to relax, to be content.

What are the driving factors of violence against women and girls in Nepal? Why are we struggling to stop it?... Read More...