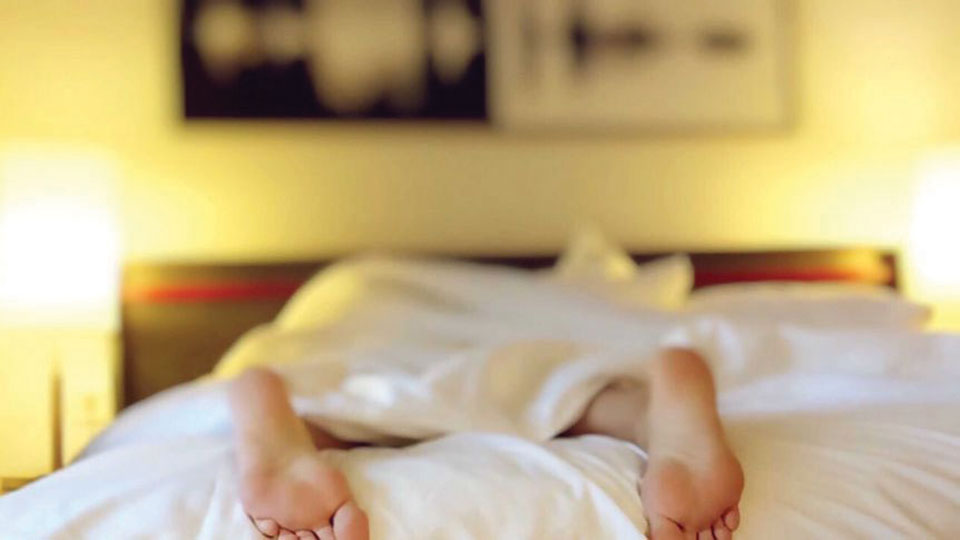 When I first heard the word nymphomaniac, I loved its exotic sound. I didn’t understand what it meant at that time. But it just sounded so posh. Or so a 12-13 year old me thought at that time.

Having attended an all-girls’ school, it wasn’t hard to excitedly and openly discuss meanings of exotic sounding words and because I often spent my free time in the library or book stores poring over pages just to unearth beautiful words, I used to be the one who often stumbled across new words and figure of speeches. That is probably how I must have come across that word.

Few years later, I recall a group of friends discussing adolescence, boys next door, new crush, kissing experiences etc and that word nymphomaniac suddenly resurfaced again. We looked up its meaning but did not grasp the derogatory context it was mostly used in. I clearly remember feeling thrilled at the notion of our group of girls being old enough to discover who would turn out to be one with such prowess. Such was our naivety. Little did we know back then about the intricacies of life and what role sex played in relationships.

As a middle aged woman now, I can say that I’ve heard that word million of times and invariably it’s been used in a shockingly disturbing and almost always as a derogatory term to describe women’s sexuality. I wonder why women’s sexuality has always been of interest to people in general. Satyriasis, the male equivalent of nymphomaniac, however, remains unheard of. Is it because we, as a collective society, have pardoned male from excessive uncontrollable sexual desire as normal part of being a male? Why is a woman’s virginity and sexuality held responsible for a family honor? Or her honor? What has sexual desire anything to do with honor? And if anyone is considered unhonored solely because of their sexual libido, how come men have been excused on almost every occasion?

Talking about sex
I’ve asked many women of varying age groups and varying status—aunties, mothers, grandmothers, colleagues, middle-aged women and teenagers, married, unmarried, divorced, widowed, separated etc—and most are very uncomfortable talking about their sexual experiences and desires. As if talking about their sexual escapades would lead to judgments and labels like nymphomaniac or lack thereof would label them as asexual. As if even talking about it would nullify their relationship and existence if it didn’t fit into the norm.

In eastern culture, many have confirmed that after having children, even sleeping arrangements change to accommodate for kids’ safety and needs, therefore resulting in couples sleeping separately. Does that mean the purpose of sex is only seen as means of reproduction in many cultures/countries? Do men refrain from sexual activities just because their wives have dutifully obliged to their fertile bearings? We all know the answers. Men rarely have to think about being judged. Often they take pride in showing off their sexual prowess.

As far as history goes, female species, from animal kingdom to human ancestors to mythological characters, have had the freedom to pick a mating partner and male species had to comply with female’s choice. In many tribes even today, matriarchy is still practiced though it has become uncommon. So when did patriarchy take over and when did female sexuality become taboo? It’s almost a rarity to hear women openly talk about their marital sex. Often teenagers discuss with enthusiasm but married women refrain from such indulgence due to fear of exposure.

An example would be a woman I’ve known for many years and who has confided in me about her husband’s total disinterest in sex leaving her feeling sexually frustrated and disengaged in daily activities. As her best friend who has no connections or access to her lineage, religion or other clout of friends, I have copped many bitter verbal outbursts from her, many mood swings, many aggressive rants and unfair dismissal of business ideas during her sexually frustrated days. I also doubt that she would have ever confided in me had I been from her lineage. This is just a small glimpse into how sexual activity has direct impact on our mental and general wellbeing. Sex is not just for reproduction or entertainment, it is as vital as eating, breathing and excreting.

I know of many male friends who have had terrible honeymoon nightmares and yet don’t feel so embarrassed to expose their partner’s inexperiences. In fact, they take pride in glorifying the evidence of their wife’s virginity. I cannot say the same about my female friends though. They somehow take the burden on themselves to cover up for their spouse’s sexual inadequacies or satyriasis in some cases. This takes me back to the word nymphomaniac and makes me wonder why women’s sexuality is of concern to people but the society seems to be unwilling to listen to issues surrounding women’s sexuality.

Questions to answer
In most parts of South East Asia, is it possible  for a homosexual female to tell her parents that she’s not interested or willing for an intimate relationship like that of a heterosexual marriage and therefore unwilling to stake someone else’s life? Or is it possible for a woman to tell her husband that she’s asexual and hence every consummation would actually mean marital rape? Or how about a woman who wants to explore encounters to understand her sexual orientation? Or a woman who needs to ensure that her future husband knows how to keep her happy in bed? Or a woman who is sexually frustrated from her partner’s erectile dysfunction or impotence? Or a woman who feels ravenous but unsatisfied, undesired and ugly from childbirth and whose husband is busy ravishing someone else? Or a woman who prefers oral sex or a dildo more than a man’s weapon? Or a woman who is the ultimate goddess of sexual prowess and relentless desire?

Do we have conducive environment and patience where women can easily and openly express these issues? If we only keep avoiding such topics and only label women, if we have no intentions to empathize, understand and respect women’s sexual choices, then we certainly don’t have the right to label women based on their sexuality or preferences and push them toward mental/psychological assault.

A society that expects women to be virgins until the day they get married and expects these women to please their husbands and be their sex slaves from the very next day, a society that doesn’t understand, validate or respect a woman’s right for her wellbeing, procreation and sexual liberation, will never know the impact women have in changing history.

Actor Kristen Stewart has revealed that she once told if she hides her sexuality she might get an opportunity to... Read More...

K-Pop star Sunmi opens up about her sexuality during concert

South Korean singer Sunmi didn't shy away from opening up about her sexuality and revealed the "different sides" of herself.... Read More...

Ellen Page has revealed that after she found fame, she was asked by people in Hollywood to hide her sexuality.... Read More...

Lalitpur DAO suspends all but essential services
2 hours ago
Residents can install EVs charging units for their personal use: NEA
28 minutes ago