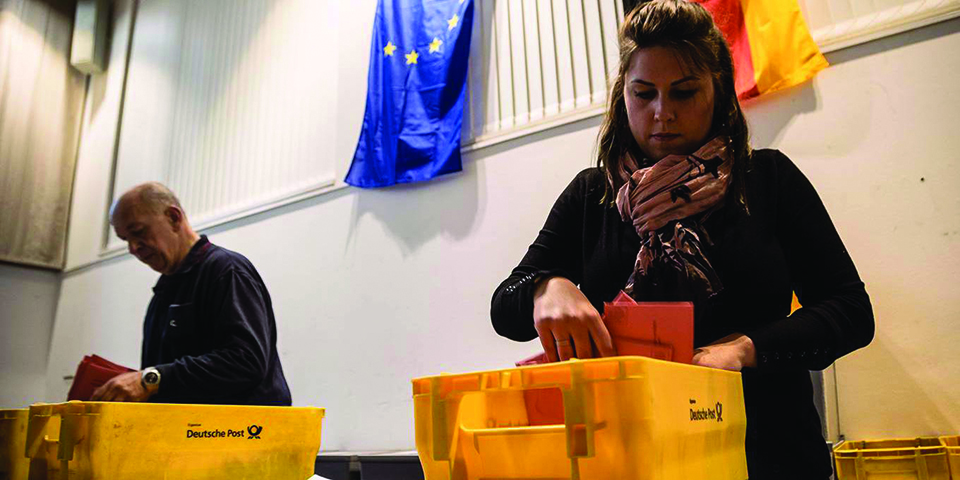 Come May 23-26, whoever has the best tools for controlling turnout will control the European Parliament election’s outcome

STOCKHOLM – European voter turnout is in deep crisis. Since the early 2000s, the share of voters in national elections has fallen to 66 percent on average, which means that the birthplace of democracy now ranks below average globally. The situation is even worse in European Parliament elections: in 2014, turnout was 42.6 percent, almost 20 points below what it was in 1979. Only in countries with compulsory voting, such as Belgium and Luxembourg, has turnout remained high.

Despite all the attention paid to climate marches and other youth-led political movements, a new cohort of young voters is unlikely to change this trend. In the last European elections, 72 percent of voters below the age of 24 abstained. Among Finns, that rate was 90 percent; among Slovaks it was 94 percent. According to opinion polls, only 21 percent of youth declare they are very likely to vote in this week’s European Parliament election.

There was a time when European voter-turnout trends didn’t particularly matter. European politicians cared more about their own share of the electoral pie than its overall size. And because the mainstream parties were all close to the political center, voter abstention at the extremes affected them all about the same. But now that populist parties have made gains by offering disaffected voters a new home, the calculus has changed.

Current polling indicates that populist parties will capture around 23 percent of the total vote in the coming election, but some surveys point to more substantial gains. If a united bloc of populists were to win 33 percent of parliamentary seats, it could block sanctions against Poland or Hungary, paralyze EU budget negotiations, and scupper international trade deals.

The difference will hinge on voter turnout at the margins. Populist forces can reach the critical 33 percent threshold if they succeed in mobilizing their voters and turnout for mainstream parties is weak. Such an outcome cannot be ruled out. In the United Kingdom, a recent YouGov poll found that lower turnout at the center and high turnout at the extremes could put anti-Europe crusader Nigel Farage’s new Brexit Party in first place. And in Finland’s election last month, the anti-immigrant Finns Party finished second after several high-profile rape cases involving immigrants boosted turnout among disgruntled voters who usually stay home.

With the emergence of online filter bubbles, campaigning across political divides has become more difficult than ever. Rather than competing for a single pool of voters, political parties are now fishing in separate ponds. For mainstream parties, then, mobilizing the base is much more important than chipping away at the competition.

Yet, by the same token, populists have recognized that suppressing the vote would benefit them. Already, they have latched onto three powerful instruments of voter dissuasion. The first is digital microtargeting. By collecting or purchasing large voter data sets, campaigns can segment the electorate into strategic clusters using complex algorithms, and then deliver personalized online content to the most susceptible voters. Microtargeting has proved most effective not at winning over undecided voters, but at dissuading people from voting altogether. There is strong evidence to suggest that Donald Trump’s microtargeting operation in the 2016 US presidential election played a decisive role in the key states that he needed to win the Electoral College.

Second, with intra-EU migration having increased, there are now almost 15 million Europeans residing in EU countries other than their own. As populists well know, it is notoriously difficult to vote from abroad in EU elections, owing to difficulties registering in host countries, a paucity of polling stations, and overly complex absentee-voting procedures. In countries like Portugal and Romania, where 13-20 percent of the electorate lives in other EU countries, the space for boosting or suppressing turnout is significant. We can thus expect to see heated political battles over measures to restrict absentee voting or to bar parties from campaigning abroad.

The third and most powerful lever for undermining mainstream political participation is democratic disgruntlement. Anti-establishment protests like those led by the “yellow vests” (gilets jaunes) in France can have a deleterious impact on electoral turnout, by sowing cynicism and a sense that elections don’t matter. And, in addition to these domestic messages, European voters are being subjected to an onslaught of foreign propaganda—both from Russia and some groups in the United States.

All three suppression techniques have one goal: turning a contest of ideas into a behavioral-manipulation arms race. Come May 23-26, whoever has the best tools for controlling turnout will control the election’s outcome.

India's Gaikwad hits seven sixes in one over
32 minutes ago