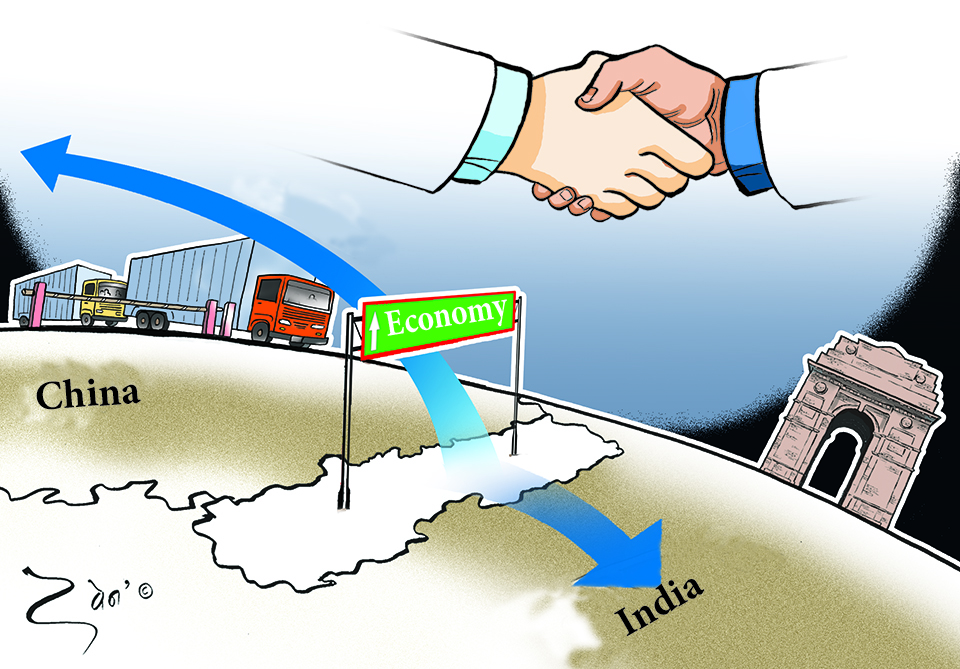 The ancient civilizations developed along the river basin of Huang-He (Yellow River) of China and Ganges of India shape the history of China and India.  China was ruled by emperors of various dynasties during the ancient and medieval periods until the country became a republic in 1912. Agricultural farming and trade flourished in northern and southern China since 4000 BC. Ancient China invented paper and system of writing. Chinese philosopher propounded the beliefs of heaven and the cosmos, as well as technological breakthroughs that allowed for political control and economic expansion. The Zhou Dynasty (770-221 BCE) is credited for opening hundred schools of philosophy, everything from the nature of man to notions of proper conduct of ideal rulers. The period is taken as the golden era in the Chinese history of civilization.

The history of Indian civilization started along the Indus river basin, dating back to 2800 BCE. Systematic development of settlements and urban areas, agriculture, trade, transportation and oriental art and cultures were the major contribution of this civilization. Those civilizations posited India and China as the leaders of all ancient civilizations including that of the Western world.

The invention of steam engines, electricity, use of transport equipment and newer technologies in the 17th and 18th centuries triggered industrialization in Western countries that helped to grow their economy and established them as the economic powerhouses of the world.

However, the axis of global growth is shifting toward east since the last decade of 20th with China and India taking the lead. Impressive economic growth has been recorded by these countries over the last three decades or so. China’s entry in World Trade Organization in 2001 provided further boost to its economy as global markets were opened for Chinese goods and services. Technological innovation brought along the flow of inward investment from developed countries tremendously added values to manufactured goods and services.

China’s influence in global financial system is increasing with its huge equity share in the New Development Bank and the Asian Infrastructure Investment Bank (AIIB) and growing clout in the functioning of the other multilateral and regional financial institutions like International Monetary Fund (IMF), the World Bank and Asian Development Bank. India on the other side is following the footsteps of China and emerging as an influential partner in the global financial landscape and is also aiming to become the permanent member of Security Council of the United Nations along with some other countries like Japan, Germany and Brazil.

Both China and India makes almost 20 percent of the global wealth in terms of the gross domestic product. The gap in total output of these countries in relation with the largest economy—the USA—is gradually narrowing down. China’s economy is growing at a faster pace than before. It is expected to surpass the US economy over the next two decades.

At the moment, the pace of globalization and economic integration is suffering a roadblock due to rise of nationalism, and mercantilism as experienced in the US under President Donald Trump, in the UK under BREXIT threat and cool response to liberalism by newly elected leaders in some of the Western countries including Brazil and Mexico. Protectionism is on the rise as some big players are hankering after the slogan of autarky—economic independence as a national policy—producing and consuming goods and services within their frontiers.

Nepal has a long history of economic, social and political relations with both China and India. Thus it should have been able to enhance economic engagement and benefit from spillovers of the impressive economic growth of its neighbors. However, current pace of economic engagement is not encouraging. Nepal incurs huge trade deficit with both neighbors and the level of investment and bilateral cooperation on development of infrastructures has been waning over the last couple of decades.

Despite tectonic shift on the mode of production, supply chain and means of doing business, Nepal has not been able to benefit from its engagement with immediate neighbors. The bilateral trade and transit treaty between Nepal and India is obsolete and needs rebooting in context of the declining share of Nepali export. Similarly, there are several pieces of agreement and treaties signed between Nepal and China but they merely look like show piece rather than implementable documents.

The last in the series is the transit and transport agreement signed with China in 2016 which seems to be nice only on paper without any demonstrable effect on the ground. Leveraging the centuries-old relations with China and India to lift the country’s economy remains a day-dream for Nepal.

Low level of economic integration combined with untenable trade deficit year after year is making Nepal vulnerable to external shocks. Thus it is imperative to redefine neighborly relations. The moot question is how the people across the border can move along the path of prosperity together.

Nepal, with almost 30 million people, is not a very small market for India and China. It is obvious that as consumer of goods produced in north and south, both neighboring countries should have interest in supporting raising income level of Nepali people, their potential customers. Increased income results in increasing consumption of the high quality goods produced in those neighboring countries.

Great power comes with greater responsibility, goes the popular saying. A conscientious effort for garnering the trust and confidence of Nepal could be immensely beneficial for Asian powers which are longing for a greater role in global politics and economy. Let us hope that leaders of our big neighbors pay heed to this fact and come up with brilliant ideas of being true development partners of Nepal.

The author is the Former Secretary of the Government of Nepal. Views are personal

We literally share our lives with plastic. Most of us still do not realize how bad and dangerous this could... Read More...

Lenin once exclaimed: There are decades when nothing happens and then there are weeks when decades happen. Such were... Read More...