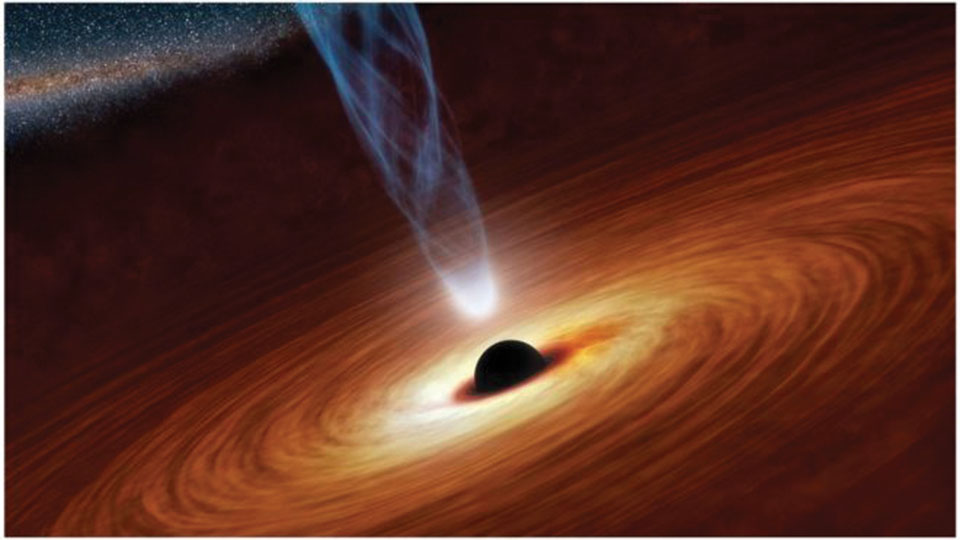 At the backdrop of the euphoria amongst scientific community about the recent first-ever photo of a black hole last month, one of my colleagues, who was not a science student in his high school, got intrigued by the concept of black hole and things thereof. He kind of posed a challenge to me to make him understand the concept. He felt more enlightened after I tried and simplified things for him. It was then I got an inspiration to write this article with somewhat layman approach to understanding black hole.

Indeed, even what Einstein said has been paraphrased famously as, “If you cannot explain it to a six year old, you don’t understand it yourself”. Science does not get satiated by the explanation offered on the basis of our ill-informed conjectures and dogmas. However, how far we can go when it comes to letting our imagination take wing can make a difference in the development of science.  For example, had Einstein not paused for a moment to take a deeper look into “time”, which until then everyone else had been taking it for granted, science would probably not have been where it is today. He rightly said “imagination is more important than knowledge”.

Black hole is a region in the known universe where gravitational pull is so strong that nothing, not even light, comes out of it once they ram into its event horizon (The boundary around the surface of the black hole). Einstein with his General Theory of Relativity reassured the notion of “black holes” in 1915 which had been first proposed by John Mitchell way back in 1783 as “dark stars”. The term “black hole” was coined by American physicist John Wheeler in 1967 and four years later first one (Cygnus X-1) was actually discovered, although not pictured until 10th April 2019.

Regarding the genesis of a black hole, when a massive star dies, it leaves behind a smaller remnant core. If the core’s mass is at least three times bigger than the mass of our sun, then gravity surpasses all other forces and the core behaves like a black hole.

Black holes are of three types on the basis of mass and size—primordial (as small as human ovum but hypothetical), stellar (medium-sized and mass equivalent up to 20 solar masses) and supermassive (largest and mass greater than one million suns). The single point inside a black hole where all its mass is concentrated is called singularity.

Mass tends to warp space-time (our three dimensional space along with “time” as its fourth dimension) which ipso facto causes force of gravity similar to the way a dense ball makes a depression on the surface of a stretched rubber sheet and everything in the proximity of the ball experiences a pull toward it. Higher the density of the ball, higher will be the depression and so will be the pull. The massively high dense core of a black hole accounts for its strong gravitational pull.

The recent revelation about the black hole has intrigued everybody especially cosmologists across the world. It was the first-ever picture of a black hole taken in coordination with eight Event Horizon Telescopes (EHT) , synchronized perfectly with atomic clocks,  at different locations on earth. In order to picture a black hole we need a telescope as big as the size of the earth. This otherwise insurmountable challenge has been overcome by those eight EHTs.

Katie Bouman, 29, a former PhD student at MIT devised an algorithm that weaved together the raw cosmic information from the EHTs to yield the photo of the black hole after working on it for two rigorous years. The project would not have its heyday like this without her contribution. This is the black hole at the heart of the Messier 87 Galaxy, 55 million light years away from the earth and 6.5 billion times as massive as our sun. Black holes are considered to be the ultimate hard drive for the mysteries of the universe. Understanding them could unlock the whole new understanding of our universe, potentially benefiting mankind in a lot of ways.

There is a widespread belief in Nepali society that we do not need to bother with scientific concept associated with a phenomenon (even if it is concerned with us) just because we are not the student of science in high school or college.

Understanding science and cosmos can help human beings relinquish superstitious beliefs, deeply entrenched dogmas and fanaticism. Desire to understand science helps us nurture love and compassion for all creatures and by the same token for our natural environment. It could be noticed that those who are truly appreciative of science have spiritual inclination which ultimately helps a person to turn to himself for lasting peace of his mind rather than undergoing the whirlwind of melodrama of having to correct others and hanker for material possessions.

It might take a command in scientific terminologies to have a deeper understanding of scientific phenomenon but to understand the core basis of them requires a willing heart like my aforementioned colleague because Einstein once said: “Most of the fundamental ideas of science are essentially simple, and may, as a rule, be expressed in a language comprehensible to everyone”.

WASHINGTON, April 10: An international scientific team on Wednesday announced a milestone in astrophysics - the first-ever photo of a... Read More...

Christie's auctioneers said on Thursday that the so-called God Letter, written by Einstein in 1954, would be placed on public... Read More...

Animals are killed brutally time and again, but perpetrators are hardly booked
21 hours ago

Health ministry projects Nepal’s COVID-19 cases to surpass 600,000 with daily cases of more than 11,000 by next three months
13 hours ago

Remittance inflows up 8.6 percent in first eight month of this fiscal year
19 hours ago

Animals are killed brutally time and again, but perpetrators are hardly booked
21 hours ago