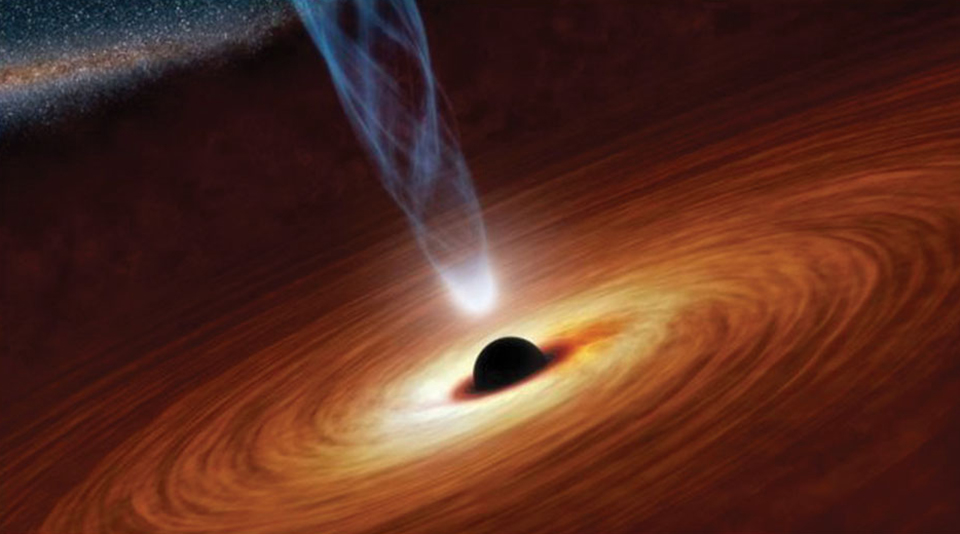 VIRGINIA, July 27: More than 100 years ago, Albert Einstein predicted that light is deflected by extremely massive objects, but there is no way to test such powerful effects on Earth. Instead, astronomers turn their attention to where the action happens, such as stars orbiting black holes.

The star S0-2 is a perfect test candidate, as it orbits the supermassive black hole at the heart of our Milky Way galaxy once every 16 years. After 24 years of observations that measured the star's precise positions and the wavelengths of its light, astronomers have shown Einstein's predictions, once again, hold up.

An international team of astronomers co-led by UCLA professor Andrea Ghez published the results of the study in Science.

"Einstein's right, at least for now," said Ghez. "Our observations are consistent with Einstein's theory of general relativity. However, his theory is definitely showing vulnerability. It cannot fully explain gravity inside a black hole, and at some point we will need to move beyond Einstein's theory to a more comprehensive theory of gravity that explains what a black hole is."

The researchers primarily used the W.M. Keck Observatory, as well as the Subaru Telescope and the NSF-supported Gemini Telescope to conduct the observations.

"Making a measurement of such fundamental importance has required years of patient observing, enabled by state-of-the-art technology," said Richard Green, director of NSF's Division of Astronomical Sciences, which funded the research. "Through their rigorous effort to define in detail the three-dimensional orbit of that star around the supermassive black hole at the center of our galaxy, Ghez and her collaborators have verified with a high level of confidence Einstein's idea about strong gravity."

For more than two decades, the division has supported Ghez's research, along with technical elements critical to the research.

Picture was clear, but black hole’s name a little fuzzy

WASHINGTON, April 13: The newly pictured supermassive black hole is a beast with no name, at least not an official... Read More...

Public perception of corruption rises further in Nepal; the country becomes fourth most corrupt country in South Asia
6 hours ago

Police arrest Rakesh Agrawal, owner of Annapurna Sugar Mill, for not paying to cane farmers
6 hours ago
Around 40 percent brick industries shut across the country
10 hours ago

Public perception of corruption rises further in Nepal; the country becomes fourth most corrupt country in South Asia
6 hours ago