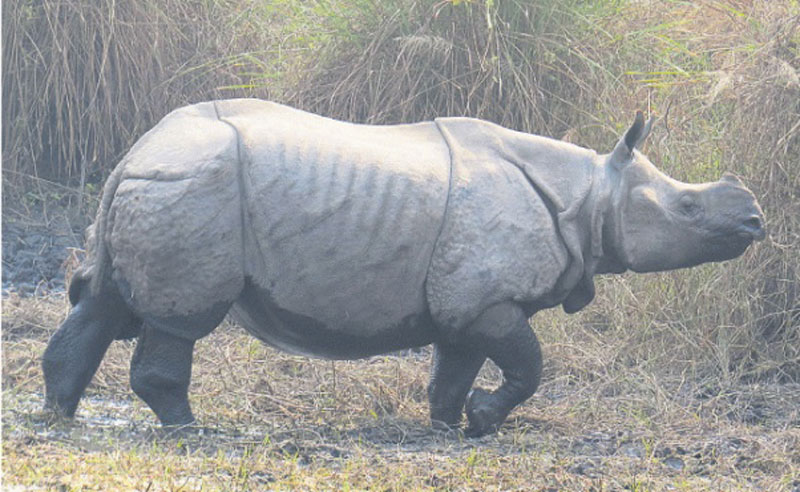 Ved Prasad Dhakal, the chief conservation officer at CNP, said six rhinos have been given to America, four to India and two each to Bangladesh, Pakistan, Thailand, Myanmar, Japan, Germany, Britain and Austria.
The CNP record shows that four rhinos were sent to Dudhuwa of India for the first time in 1985. Lately, a pair of rhinos was gifted to Austria in 2006.

Two pairs of the endangered wildlife are being gifted to China after 12 years. With this, the number of rhinos sent to various countries as present reaches 30.

According to him, Nepal has been gifting rhinos to various countries for establishing cordial relations with these nations. He believes this also helps in increasing the rhino population.
Similarly, the gharial and magar crocodiles have been gifted to various countries. Yadav said it would be a big achievement for Nepal if we could bring the giant panda from China in exchange of rhinos.

CHITWAN, April 25: Half of the rhinos deceased due to natural reason at Chitwan National Park (CNP) has been found... Read More...

CHITWAN, Jan 31: Although the country is celebrating no rhino poaching year for the past three consecutive years, 17 rhinos... Read More...