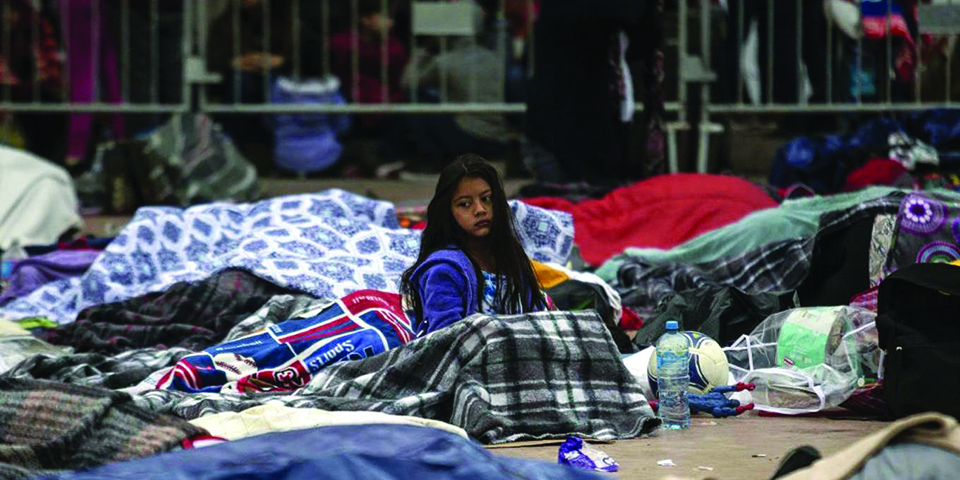 Statement by US President Donald Trump made in the context of immigration eligibility early this year created a furor among the world leaders and human rights advocates, all very critical of disparaging remarks he made on immigrants from poor countries that Trump labeled as “shithole countries”, meaning poor, dirty and unsanitary.

From one information source at the White House, the list of these so-called shithole countries includes 10 countries, of which Nepal is one, the sole Asian country. All of the other countries are from Africa, Central America and Caribbean and all of them desperately poor, which fall in the list of United Nation’s Least-Developed Countries Group.

Critics assailed Trump saying that people were leaving their homes and neighbourhoods to become refugees for fear of their lives and escape severe economic hardships. They are the innocent victims of an unravelling of social fabric and a breakdown of law and order. They need to be accepted as refugees and given help to settle and rebuild their lives in the US, they argued.

Trump argues that a rising number of refugees and immigrants entering the US have made this country “full” and it can’t take in anymore. The US’ case has been unique for the reason that a much larger number of refugees and immigrants are choosing the US as their first choice for residence and resettlement. The US has also maintained a much loser set of rules for admission of refugees and immigrants that has been close to an “open border policy.” The open border situation has become more apparent over the past one year with the mass exodus of people from Central American countries who now travel in groups to reach the US southern border and present themselves as refugees who, under the US law, can’t be turned away.

The number of such arrivals has steadily grown over the past two years but seems to have escalated in recent months, with over 100,000 arrivals a month in March and April this year. There is no sign that growth in numbers will decelerate anytime soon which means that total for 2019 may exceed one million and this level or higher arrivals may persist over the next many years. Many in the US including President Trump have framed such huge inflows of asylum seekers much like an “invasion” which the US border control officials have found difficult to handle.

In addition to one million or more refugees and illegal immigrants crossing into the United States annually, another one million are entering the US legally that makes the total new arrivals upward of two million each year, on the top of an estimated 120 million citizens and non-citizens of color already residing in the country, making the US population one of the most diverse in the world, creating a situation of minority-majority shift, meaning that people of color will soon become a majority group in America and, further, with about double the fertility rate among immigrants than for natives, whites’ share of population will shrink rapidly toward one third by 2060.

Such a shift in population composition has consequences, some good but mostly bad as perceived by native whites and many nonwhites as well. President Trump’s characterization of people coming to the US from shithole countries in overwhelming numbers is based less on race and ethnicity and more on the quality of Third Country immigrants, their ethnic traits; religious practices; and economic poverty they faced before entering the US.

America’s distinctiveness, its looser set of immigration policies, and opportunities it provides to newcomers for achieving economic success have worked as a powerful draw for outsiders to enter the US, legally or illegally, to work and be part of the American dream.

A majority of the newcomers assimilate with established social norms and seeks to assume new identity but many do not change their traits they acquired in their native countries, which they seem proud to maintain and cherish. In most cases, immigrants’ adherence to a separate identity and living style doesn’t clash with the established American norms while for some others their native country’s practices and value system remains supreme and their attachment to America appears shallow and often hostile. America then faces a different set of dilemma: Which of these new arrivals can be trusted that they will become good citizens and will give their allegiance to America with full trust and faith.

From whatever we know of Trump’s preferences, he would have been much happier if the earlier practices of race-and region-based regulations for admitting immigrants to the United States had continued to apply to this day. The immigration regulations that were crafted under the Immigration Act of 1924 barred immigrants from much of the world, limiting it to mostly Western Europe and Nordic countries where people had “sameness” with American natives, both of ethnicity and of living practices that narrowed down to a white Christian race. Given such largely race-based immigration, America would have functioned as a frictionless country, showing unity and homogeneity, a very different outcome than getting in people from what Trump refers as the “shithole” countries.

It is difficult to belittle Trump’s sentiments about people and race that he apparently believes come with region’s geography and way of living style that had been built-up over hundreds and thousands of years. America has been perhaps the first country to promote the theme of “one-world” country with passage of 1965 Immigration and Naturalization Act that opened the path to nondiscriminatory immigration, making people from all countries equally eligible to apply and qualify for immigration. Residents from all countries were allowed to compete for US immigration on equal terms, become citizens, and sponsor close relatives to migrate to the US as legal immigrants.

Tightening of US visa regulations as envisioned by Trump will adversely affect the world’s poor and isolated countries who risk getting sidelined by tougher US visa regulations like the merit-based visa scheme and elimination of sponsorship by close relatives. Such regulations will exclude a majority of visa seekers from poor countries and even among them those who happen to come from disadvantaged communities.

One group of US visa seekers that Trump’s measures would like to do away with is the visa lottery system, also known as Diversity Visa. Citizens from only a few selected countries are eligible to apply for this kind of visa which is distributed on a lottery basis with a total of 50,000 awarded each year from worldwide lottery with no prior conditions. Nepal has been one of the top recipients of visa lottery, with 3,210 awarded to Nepali citizens in 2016, largest for any single country. Over the five years from 2013 to 2018, a total of 16,755 Nepalis were awarded the lottery visa, again the largest number from any one country.

Lottery visa system has drawn the ire of President Trump who has assailed the program, saying that the “worst of the worst” are selected for this type of visa program.

Another group of would-be immigrants who will face a tougher barrier crossing into the US are illegal immigrants. An estimated 11 million persons in the US are currently counted as staying in the country illegally who crossed into US “without valid papers” or have overstayed their visas. Citizens of countries from South and Southwest of US borders do so just by sneaking into US at remote and open border crossing points and many of them are smuggled into US by human traffickers. For Nepalis to join the ranks of illegal border crossers, this is more dangerous and expensive than those who live close to US borders. For getting the help of human traffickers, Nepalis have to fork out hefty sums of money (up to US$ 50,000 per person). Still, unofficial report says that dozens of Nepalis per day cross into US illegally via Mexico that, if true, would make illegal immigration from Nepal the largest single category of persons entering the US. However, most of the illegal immigration loopholes will likely be closed if Trump’s border wall gets built and border control tightened.

All these new restrictions on issuing of US immigrant visas are expected to result in reduction of the number of immigrants from all countries but the impact on Nepal will be more severe which now receives the largest portion of remittance money from US-based immigrants, second only to Middle Eastern countries.