Time to think out of the box 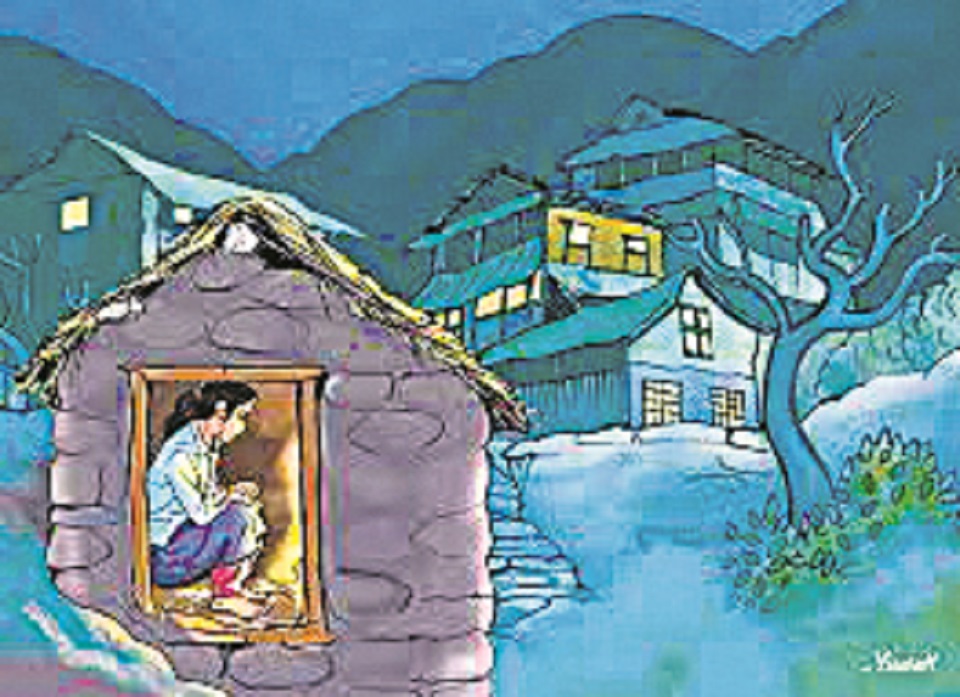 If we had tackled this problem from women’s health perspectives rather than cultural taboos, perhaps the woman who died in Chhaupadi shed would be among us today

In the first time in history of Nepal, police arrested a suspected relative of a deceased woman who succumbed to Chhaupadi—a deeply rooted traditional practice in the western part of Nepal when girls and women are in monthly exile for the duration of menstruation in the ill-ventilated makeshift huts away from home.

It’s tragic yet shameful news for the country. Ironically, her death came after the recent completion of sixteen-days activism against gender violence campaigns throughout the world, including Nepal. Including this case, now the total number of deaths of women due to Chhhaupadi has reached fourteen in the last decade in Achham, a district of the far western region of Nepal. Several attempts have been made to eliminate Chhaupadi but due to their piecemeal approach, no impactful results have been observed. It is laudable that administration initiated a first-ever legal action against this practice which might create a sense of fear among people. However, it is not sufficient to eliminate this deeply rooted age-old practice. We need to think of this issue from the perspective of promoting the health and security of women rather than violating social values and norms.

A quantitative survey in Achham district showed 72 percent of adolescents practiced Chhaupadi during their periods. A national inquiry report by Nepal’s National Human Rights Commission in 2018 showed the deaths of thirteen innocent girls were due to snake bites, animal bites and respiratory failures caused by smoke inhalation while making ill-ventilated hut warm through woodfire. Due to fatality, these cases are exposed to greater audiences. But, what about the reproductive health problems these women are facing? The mental health impacts caused by isolation and stigma are not considered yet. As a district public health officer working in Achham for three years, I have seen a high prevalence of reproductive health issues in women of the district. The magnitude of impacts and possible preventive measures have rarely been studied in a scientific manner.

To eliminate Chhaupadi, various civil societies and governmental and non-governmental organizations launched campaigns to declare villages Chaupadi-free. But these declarations have been only perfunctory. In the name of Chhaupadi, a number of organizations and external agencies have invested millions of dollars. Further, when a woman dies while practicing Chhaupadi, it becomes a debatable issue in the parliament and a hot topic for national and international dailies but it slowly fades away as the time passes.

Addressing this intricate social issue in piecemeal approach will not bring a permanent solution. Chhaupadi has always been denounced as a negative practice everywhere which might be the cause of its stagnant prevalence.Similar to the harm reduction approach used to reduce blood-borne infections in case of opioid drug users in developed countries like Canada, where drug users are provided with safe injections, we may have to encourage women to practice Chhaupadi in an advanced and hygienic manner, instead of blaming this age-old culture. This is ironic and even illegal but why not try this method to see if it helps in reducing Chhaupadi deaths?

It takes generations of society to eliminate social problems deeply rooted for centuries. So, we need tailored approaches to tackle severity at present. The major problems the women practicing Chhaupadi face are fatal outcomes, reproductive health problems, and mental health problems. Can we think of building well-ventilated low-cost safe houses in the community as a temporary solution to tackle adverse physical conditions? Can we encourage menstruating women to produce low-cost sanitary pads that can be used during periods? Can we design group Chhaupadi practice in those safe houses where the peer can share and care about their health problems with each other? Can we conduct health education programs including health checkups at safe houses in collaboration with the local health system? These tailored approaches, I believe, if implemented effectively, would reduce fatality and the burden of health problems.

In most of the interventions so far, the health of girls and women has not been taken as a serious agenda. Health in all policies as recommended by the World Health Organization was not realized to complement the legal approach for the elimination of Chhaupadi. Therefore, recognizing the social determinants of health, the interventions compatible with social values should be redesigned.

Legal action should not be taken as a sole approach to curb Chhaupadi practice. The agenda should be promoting the health and well-being of women which can also lead to women empowerment.

If we had tackled this problem from women’s health perspectives rather than cultural taboos, perhaps the woman who died in Chhaupadi shed would be among us today.

It’s urgent to think and act in a totally different way to save the lives of innocent girls and women and promote their health.

Otherwise, we may have to hear about another tragic death of a woman from Nepal’s western hills.

Public Health Officer in Ministry of Health and Population