TIA may ground Himalaya Airlines over non-payment of dues 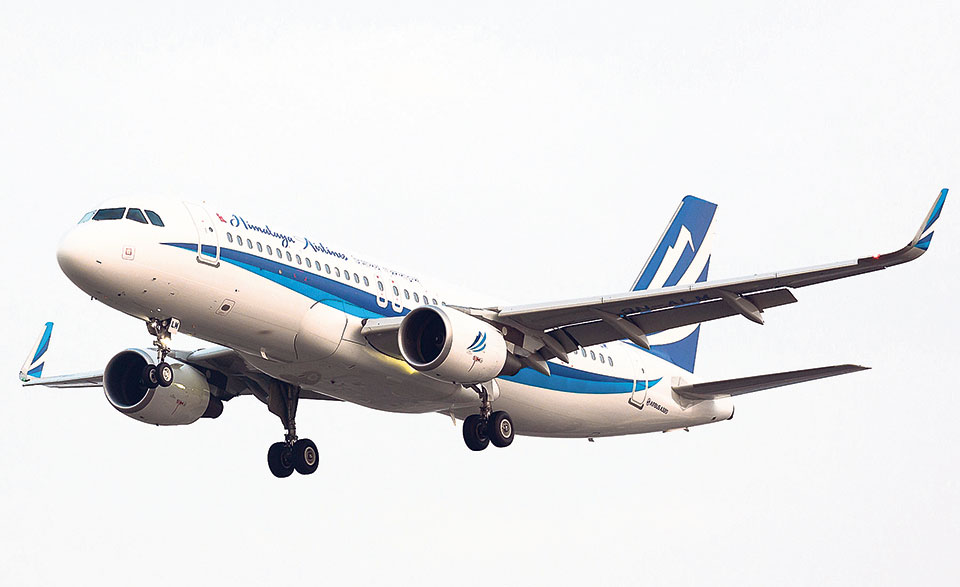 KATHMANDU, Feb 18: Tribhuvan International Airport Civil Aviation Office (TIA CAO) has asked Himalaya Airlines to clear all pending dues, stating that failure to do so would lead to grounding of all its aircraft.

Himalaya Airlines – a Nepal-China joint venture airline – owes service charges and penalty worth around Rs 200 million to the TIA CAO.

Earlier, the TIA CAO had given Himalaya Airlines an ultimatum of one month to clear all pending dues. Following this, the privately-owned carrier had paid Rs 5 million. After the timeframe given to the airline ended on Friday, the TIA CAO wrote yet another letter, reminding it to pay pending dues immediately or face consequences.

Raj Kumar Chhetri, general manager of TIA CAO, told Republica that Himalaya Airlines has not paid service charges and other fees for the past eight months. “One month ago, we had asked the airline in written to clear all the dues. On January 12, it paid Rs 5 million, asking for some more time to clear all dues,” Chhetri said.

The TIA CAO wrote yet another letter to the airline on Friday asking it to clear all dues. “However, no time limitation has been given to the airline.”

Chhetri added that TIA CAO had told the airline that it would ground all aircraft like Saurya Airlines if all pending dues are not cleared soon.

“We will leave no stone unturned to recover our dues. TIA CAO won’t make any compromise on this,” he added.

Established in August 2014, Himalaya Airlines has been operating flights to Dammam, Doha, Dubai and Kuala Lumpur from Kathmandu with three Airbus A320 aircraft.

Rule 29 of Airport Service Charge Regulation 2010 states: “It is the responsibility of the chief of the concerned airport to levy or caused to be levied charges imposed by the Authority pursuant to this regulation and s/he shall submit report of such to the head office every month.”

Similarly, Sur-Rule 2 of Rule 30 reads: “The chief of the airport shall restrict the operation of business in the airport to any person or agency not paying the charge related to the airport within sixty days of issuance of the bill and immediately restrict the flight in case of the airlines.”

Few days ago, TIA CAO had grounded all flights of Saurya Airlines after the domestic carrier defaulted on payment of service charges.

Meanwhile, Malaysian carrier Air Asia is preparing to request the Government of Nepal for some waiver, expressing commitment to pay remaining dues on installment basis.

KATHMANDU, Sept 7: Arrivals and departures at Tribhuvan International Airport on Friday were delayed for an hour because of the... Read More...

This one is more on arrival experience with passing reference to runway refurbishment works that have just begun. As is... Read More...

Relief for passengers as competition brings airfare down
10 hours ago

New virus has infected over 80,000 people globally
8 hours ago