Think of their mental health 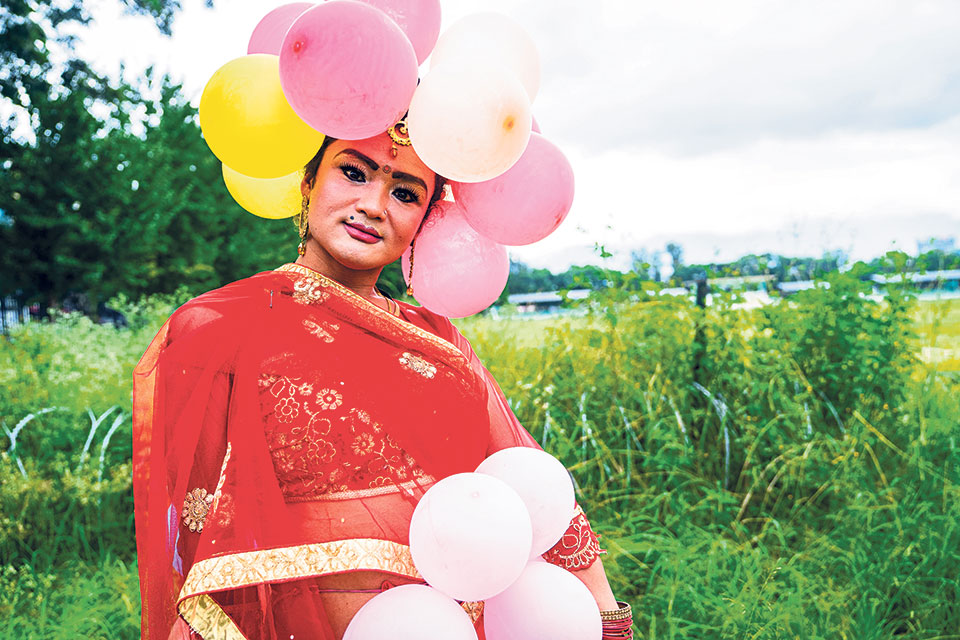 Evidence shows that even within the LGBTI community, Lesbian, Bisexual Women, and Trans-men (LBT) suffer profound adversities which have triggered alarming increase in mental health issue

Binod BK, 30, explains that being a transman in Nepal is challenging. Hailing from Syangja, one of the rural districts of Nepal, Binod’s childhood was smeared in stigma and discrimination from his family, friends, and society. “I knew from the very beginning that even though I was born as a girl, I felt like a man.” In school, Binod was mercilessly bullied because of his choice. He shares, “Girls were required to wear skirts, and tie a ponytail, but I opted to wear pants. It was my way of telling the world that I felt like a boy. But, my classmates didn’t get me.”

Unable to cope with the pressure from home and the society, Binod opted to escape the gendered expectation of the society. “I ran away from my house and started working in a mechanic shop in the nearby city. I told them that I was a boy, and given that I had not grown up physically, no one suspected my lie.” But his lie was exposed. “My room partner found out that I was not a man, but a woman. He exposed me, I was manhandled, and was fired from the job. They couldn’t accept the fact that I wanted to live like a man, be a man,” shares Binod. “I begged them to be accepting of me and my choice, but they threatened to call the police and have me arrested.” The horrid ordeal that he had to suffer led to depression and anxiety. “At that time, I didn’t have anyone to talk to.”

Plight of LGBTI
Binod’s story echoes the plight of thousands of LGBTI individuals who, despite the progressive steps undertaken by the government to ensure their rights, struggle to cope with the stigma and discrimination against them. There is evidence that proves that even within the LGBTI (lesbian, gay, bisexual, transgender and intersex) community, the Lesbian, Bisexual Women, and Trans-men (LBT) suffer profound adversities, which has triggered an alarming increase in mental health issue. “Our research shows that Lesbian, Bisexual women, and trans-men are subjected to increased violence, stigma and discrimination, and this has to do with the construct of the society. This leads to an increase in mental health problem,” exclaims Prakash Niraula, Program Director of Blue Diamond Society (BDS). Patriarchy, or, the patriarchal construct of the society, is also to be blamed for the staggering disparity within the LGBTI community. As pointed out by Sudeep Gautam, a trans advocate, “For men to transition into women, and for gay individuals to come out in the open is more accepted that women coming out as lesbians, trans-men, or bi-sexual women.”

Key Informant Interviews with bi-sexual women pedestals the fact that they undergo profound scrutiny and disapproval from friends and family when expressing their inclination toward both the sexes. Their inclination has often been categorized as a horrid influence of western society, unnatural and against the norms of the society. Married women who come out as bisexuals are often categorized as, “home wreckers” with little or no respect for cultural and family values. The fear of ostracization forces LBT individuals to hide their innate behavior leading to sexual frustration, depression, anxiety, and suicidal thoughts. “Patriarchy dictates our choices, and those who strongly oppose these patriarchal standards are called character-less, and for married women who want to embrace their bisexuality, they become home wreckers,” expressed one of the key informant interviewees who identified herself as a bi-sexual woman.

There are also reports of forced conversion, especially for lesbians. According to Blue Diamond Society (BDS), people who identify themselves as lesbians are often forced to get married, and there are incidents of marital rape and abuse which have an adverse effect in an individual’s mental health. Cases of suicide, depression, and drug abuse have been reported due to such forced corrective measures prevalent in the society. Evidence suggests that restriction to people’s right to their sexuality and forced assimilation to embrace certain accepted societal standards further disrupts an individual’s mental well-being and health. According to Dr Pashupati Mahat, a senior clinical psychologist at the Center for Mental Health and Counseling, “a focused mental health plan for the LBT community should be the government’s priority.”

Double whammy
As mental health itself is a subject of taboo, and not many openly discuss the importance of this subject, LBT individuals have to undergo double stigma while accessing mental health treatment. First, mental health is considered a taboo, and secondly, individuals’ sexuality further restricts health-seeking behavior. “We need to focus on mental health awareness, and orient health practitioners to be respectful toward people belonging to LBT community, and orient them on their different needs,” explains Dr Mahat.  There’s a need for confidential and unbiased mental health services, which can be achieved through digitization of mental health services and introduction of toll-free phone services targeting the LBT population.  “The transition phase for transman is different from a trans woman. It is a prolonged process, which is financially deafening, which triggers depression,” shares one of the key informant interviewees. “To add to that, we are also subjected to stigma and discrimination from health practitioners. For example, I was ridiculed during my regular health check-up when the health practitioner joked about men having menstruation. He had no idea about the issue of transgender men.” Insensitivity displayed by health practitioners is one of the reasons why LBT individuals do not disclose the severity of mental health issues, as health practitioners are not LBT friendly.

There is also one school of thought that believes that the increased visibility of gay and trans-women population in development discourses, media, and advocacy is one of the reasons why critical mental health challenges of the lesbian, bisexual women and trans-men population has been overshadowed. As research demonstrates a staggering increase in mental health issue in the LBT population, it is important to build awareness, design targeted interventions, and normalize mental health and help-seeking behavior by providing orientation to health practitioners.

According to a survey conducted during this period of lockdown, suicide cases in Nepal have gone up by 20 percent.... Read More...

Vaccine procurement scandal is not just a case of corruption but a ‘crime’: MP Thapa
22 hours ago

Some pictures from Teku Hospital: Patients are treated at corridors as hospital runs short of beds
14 hours ago

Govt says ICU beds are available, but hospitals have a different story to tell
18 hours ago

As private hospitals turn away COVID patients, government hospitals treat them in chairs and corridors
23 hours ago

Some pictures from Teku Hospital: Patients are treated at corridors as hospital runs short of beds
14 hours ago

Govt says ICU beds are available, but hospitals have a different story to tell
18 hours ago

E-commerce companies’ survival at stake, urge govt to allow their operation
23 hours ago

As private hospitals turn away COVID patients, government hospitals treat them in chairs and corridors
23 hours ago

Myagdi district is self-sufficient in oxygen
23 hours ago