Even with all the advancements in healthcare, those with mental health conditions remain undiagnosed and untreated for a long time. Many people still hesitate to open up about their struggles with depression and anxiety, two of the most common mental health issues and, as a result, continue to suffer in silence. With alarming suicide rates world over, health experts agree that the need to recognize and prioritize mental health has never been more urgent.

There’s a suicide prevention helpline in Nepal that’s a direct line to the psychiatry ward in Teaching Hospital in Maharajgunj, Kathmandu. On-duty psychiatrists at the ward attend to this helpline and each week at least a couple of calls come in. Some weeks, the phone rings everyday.

Dr Roshni Khatri has taken one too many calls over the years and recalls the numerous frantic callers she has spoken to. “Often the callers have struggles with their mental health and are overcome with extreme emotions. It really helps to talk to someone when you’re so overwhelmed.

And with our callers we can see that. They’re trying to express and gain some perspective as to why they feel the way they do,” she says.

The helpline essentially connects the caller to an on-duty psychiatrist in the ward who attempts to get a conversation going. They suggest that the caller come to the hospital for consultation and in extreme cases send ambulances to bring them over. Struggle with mental health, suicidal thoughts, and feelings of deep insecurities are often the reasons behind the calls. 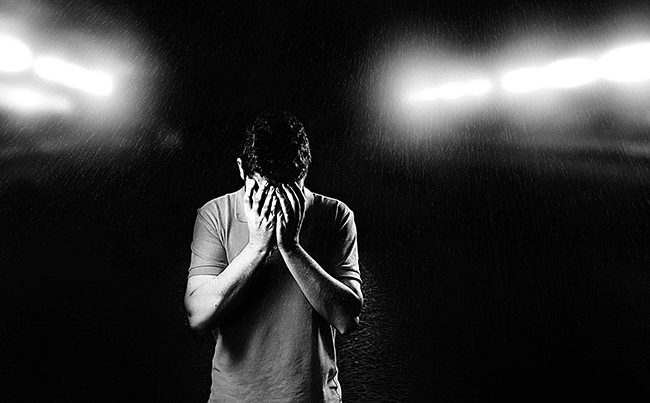 The helpline has been in operations for over six years now and since then over a thousand people have called in. “The calls aren’t as infrequent as most people would assume. People from all age classes and professions reach out,” says Dr Khatri. However, she notes that a larger number of callers are women and either fall in the age bracket of 16 to 25 or are over 45. Depression and anxiety, she says, are common among the callers.

Dr Khatri (like any other on-duty psychiatrist) begins the call by trying to calm down the caller. Often, she says, the callers cut off the line midway if they are too agitated. “That is especially worrisome because we don’t have information on where they are so dispatching a team to reach the caller wouldn’t work either. Calming down the callers therefore is key,’ she explains.

Then she asks them to share what they’re struggling with and identifies the heart of the caller’s issue. She reasons and talks to them. “We insist that they visit the hospital and they do. Some start on medications right away. There are too many unreported cases of mental health and some of our callers require medical attention as soon as possible,” she says.

According to Dr Kapil Dev Upadhyay, former chief consultant psychiatrist at Mental Hospital in Lagankhel and consultant psychiatrist at CMC Nepal (Centre for Mental Health and Counseling Nepal), attempted suicide is seven more times common than actual suicide. Ensuring that the attempt doesn’t turn into a successful one is what medical divisions, NGOs, and health professionals are attempting to do, says Dr Upadhyay.

Dr Upadhyay adds that undiagnosed and undocumented cases of mental health are alarmingly high in Nepal. CMC Nepal reports that around 20% to 25% of Nepal’s total population is suffering from some form of mental and psychosocial problem. And over 70% of these cases are either neglected or never receive any medical attention.

“The stigma against mental health in Nepal is still strong,” says Dr Upadhyay. He recounts a recent case when he speaks of the still-prevalent stigma. One of his acquaintances was diagnosed with clinical depression. Unable to come to terms with her condition, she took her life a few months back. The woman was a nurse, with a master’s degree, and was married to a physician. “Even among medical professionals, mental health still remains a taboo,” he says.

The World Health Organization (WHO) defines health as the, “state of complete physical, mental, and social well being, and not merely the absence of disease or infirmity.” And while the focus on physical wellbeing is always highlighted, people often tend to disregard the mental aspect. Mental health related illness are all grouped into and thought of as the “deformity of the mind”. Such is the lack of awareness.

Since 1984, CMC Nepal has worked to fight against these very pre-set notions on mental health. They actively organize communal self-help groups, reach out to schools to raise awareness about mental health and train health professionals under an approved curriculum on mental health. They also provide suicide prevention hotlines to various groups of people as with the one at Teaching Hospital. Although CMC started out as a division under the UMN (United Mission to Nepal), it independently took form later in 2003 to continue UNM’s pioneering attempts to promote mental health in Nepal.

Ram Lal Shrestha, executive director of CMC Nepal, shares that CMC has so far reached out to 20 districts and is responsible for running over 50 self-help groups. It is also actively involved in lobbying the Ministry of Health and Population to integrate mental health and psychosocial services into the health system of Nepal.

“We are in the committee that drafts legislation on mental health and reviews national mental health policies. Although we work closely with the government, we are still frustrated at the lack of interest by the authorities. Mental health must be a priority but unfortunately it isn’t,” says Shrestha adding that mental illnesses are a result of various environmental, social, behavioral factors and that it is never just confined to a person and their individual thought patterns.

To this Dr Upadhyay stresses the need to harmonize all related factors in treating mental health related illnesses. In his decades of experience, he has noticed that illnesses of the mind that are common all around the world are common here in Nepal too. After the Maoist insurgency a great number of people developed PTSD (Post-Traumatic Stress Disorder). Even today the struggles of foreign employment have led to a surge in the number of PTSD cases.

Depression is common among the elder populous and the women. Possible extra marital affairs, the worry of raising children, and managing finances alone are burdensome to most women. They develop anxiety and slip into depression eventually. For students, the pressures of scoring high grades and the insistence of their parents to rank high in all extracurricular activities get to them. At work place, the competition for promotions, to excel in tasks can also trigger anxiety.

CMC has a database of these causative agents and are experienced in helping people with their team of psychiatrists, psychologists, and counselors. Their aim is to integrate mental health patients into the society so that they may work as any other person. Currently, they are also trying to bring a shift in how people perceive mental health medication. “As it is with medication of any bodily disorders, for mental health too it varies. Some you take for a few days, some for months, and some for years. It is the same as other medicines,” explains Dr Upadhyay.

In the last few years, various municipalities have taken the initiative to separate budget for mental health and there is definitely attention directed at it. However, Shrestha, who echoes the sentiments of the mental health care community, says it’s high time that the authorities buckle up and prioritize this aspect of health in the legislation. “Where mental health is concerned, it’s unfortunate that we are just getting started. We need to pick up pace,” he concludes.

The illusive alternative education in pandemic

The world right now is facing a pandemic due to the novel coronavirus. It has become a threat to mankind.... Read More...

Virus "literally knocking at the door", WHO warns countries

GENEVA, Feb 25: The World Health Organization (WHO) called on countries on Tuesday to boost their readiness against coronavirus, saying... Read More...

Goods worth Rs 7.87 billion traded via online system in the first nine months of the current FY
23 hours ago