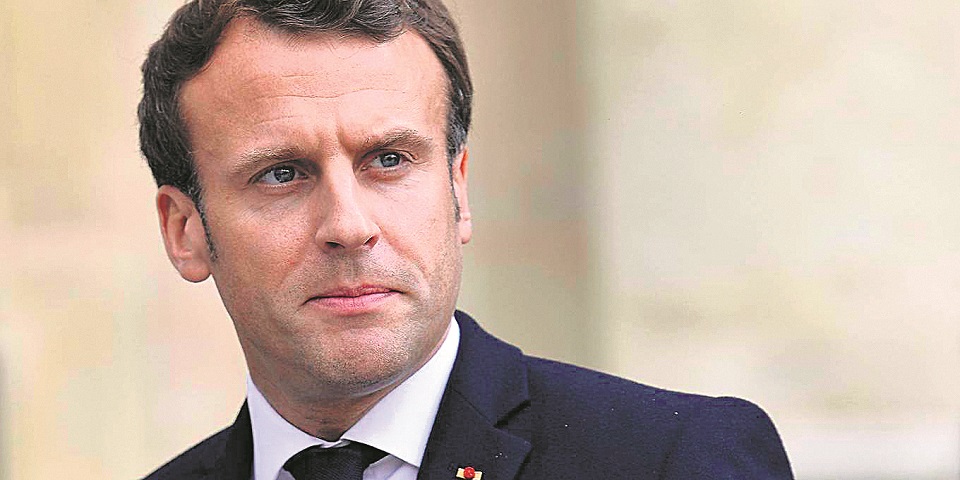 STANFORD – In French President Emmanuel Macron, the United States has the best ally it could hope for in the Élysée Palace. In fact, Macron may now be the only US allied leader with a genuine liberal-internationalist worldview to match that of US President Joe Biden.

Biden’s options for a truly reliable partner in Europe are, sadly, few nowadays. British Prime Minister Boris Johnson may fancy himself as the second coming of Winston Churchill, but as long as he is in power, his Trumpian-scale mendacity and madcap approach to policymaking will make it essentially impossible for the Biden administration to find much value in the old “special relationship.”

Germany, meanwhile, had over recent years increasingly come to look like America’s key ally in Europe, owing to its economic heft, and cool, deliberate leadership under Chancellor Angela Merkel. But Merkel’s 15-year chancellorship will end later this year, and that will undoubtedly change the strategic calculus.

Given this, Philip Stephens of the Financial Times is not wrong to suggest that, “if Biden wants a reliable European partner, he would do better to look to America’s oldest ally”: France. While Merkel “will admit no equal when it comes to bold declarations about upholding democracy, playing by the multilateral rules, and respecting human rights,” nor will she (or presumably her successor) allow these concerns “to threaten Germany’s economic interests – not least its business dealings with China and Russia.”

With a commitment to France’s economic revival to match that of Merkel’s in Germany, Macron also offers something that she does not: namely, a clear, realistic assessment of the world and of the challenges facing the West. Unlike any other Western leader today, Macron not only grasps the global power shifts underway, but has initiated a far-sighted military reform agenda to confront this new age of uncertainty. He understands that France needs not only greater military readiness but also an updated military doctrine, and has now put the country on track to meet its NATO pledge to spend 2% of GDP on defense.

But Macron, buffeted by the pandemic, faces a difficult presidential election next April. Although he retains a lead over his main rival, Marine Le Pen of the far-right National Rally, there is no denying that it could be a close race. For his part, Biden clearly understands that a Le Pen victory would be a disaster for the transatlantic alliance, the European Union, and ultimately the US. The West will have traded Donald Trump in Washington for his female doppelgänger in Paris. The big winner, once again, would be Russian President Vladimir Putin, because Le Pen – whose party previously relied on loans from Russian banks – would surely set about destroying both NATO and the EU.

For the US, then, it is time to act. The first and best thing the Biden administration could do to bolster Macron’s standing is to send more vaccines to France immediately. To be seen brokering a deal for a reliable supply of vaccines would be a giant feather in Macron’s cap. Indeed, the pandemic has created an opportunity for American ingenuity to serve both US domestic and security interests. Biden should seize it.

Moreover, Biden and Macron are closely aligned on a number of key economic issues. While Biden wants to claw back tax money from Big Tech firms, Macron has been demanding the same within the OECD, and his finance minister, Bruno Le Maire, has been conducting talks with the US to that end for years.

With Trump in power, these French efforts mostly went nowhere. But now a new grand bargain has become a realistic prospect. Just this month, Le Maire expressed hope that “we can also move forward with [US Secretary of the Treasury] Janet Yellen on the taxation of digital services to reach a comprehensive agreement at the level of the OECD in the summer.” And his German counterpart, Olaf Scholz, added, “It is now realistic to expect that we will reach agreement this year on an international framework for a minimum tax rate for companies, alongside better taxation of the digital economy.”

Until now, the sticking point has been US opposition to letting other countries tax the sales revenues that Big Tech companies generate in their jurisdictions. But now that the Biden administration needs to clinch a global corporate tax deal, it may concede this point, offering a victory to the leader who has been championing a digital-services tax: Macron.

If the US and France can both agree to a global minimum corporate tax rate, the OECD will be likely to go along; and where the OECD goes, the world will follow. In this way, a global grand bargain could offer a big boost to US tax revenues at a critical moment, and a significant political victory for Macron, who is too often wrongly portrayed (by the far left and far right) as a tool of big business.

Melvyn B. Krauss is Professor Emeritus of Economics at New York University.