From the day she fully learned to grasp her pencil well, Aakriti Kharel started drawing. She started with circles and stick lines (her imitations of people as a child) and today she is painting large canvases with intricate details. From sticks and lines she has grown into an artist of her own and all on her own.

“I’ve liked doing a number of things over the years – basketball, music, dancing – but I dropped them eventually. Art has, however, remained a constant in my life,” says Aakriti. As a kid she was the art whizz in the family. At family gatherings, adults asked her to draw something for them and, eager to please, she would make an elephant in less than five minutes. When drawing she was sure what she wanted to do, other times not so much.

All throughout her childhood and adolescence, Aakriti has struggled with insecurities and anxiety. Even though she loved drawing she never could bring herself to raise her hand when asked to participate in a drawing competition or volunteer to make a chart at school. “I always thought I was not good enough. Everyone told me I was an average kid, an average student, and I believed them,” she shares. It was so that most people around her never really knew about her passion for the arts.

But she nevertheless kept at it even though she let go of the various opportunities to make art at school and everywhere else. At home too she was told no one ever made money doing art, being good in studies was the only important thing. She never took private lessons either. Drawing to her was capturing what she saw around her. “I’m a keen observer so I always take notice of the way light strikes on objects and the way the shadows appear when it does. I tried copying these things,” she says. So her growth in the arts was never organic either. By her own admission, her progress in her artworks was rather sporadic. “I learnt everything on my own, more so in the last year,” she says.

These days, she says, everyone she meets remarks on her progress. “You’ve come from elephants to this?” is something she often gets to hear. But it was a long and difficult process.

How she started
Aakriti was already good at drawing. A few cartoon characters, the occasional unicorn on a wall – her proportions were precise, subjects distinctly formed, and always in monotones. Then she decided that she’d like to sketch people as well. She asked for a few pictures from her friends and family and tried sketching them. Back then she tried to get the shapes correct and didn’t care much for the shading. Later on, when she noticed her sketches didn’t look like real people at all and that’s when the significance of shades and lighting hit her. And a little later she understood colors too.

“I went to Kalinchowk one day to see the sunrise. It was then I realized why people were so obsessed with sunrises and sunsets. It wasn’t all about the sun but the wave and layers of colors when it was rising and setting,” she elaborates. She fell in love with colors then and decided that she would put them in everything she drew. So she asked a relative who was an artist herself (Michelle Kharel) to help with the colors. With pencil colors, Michelle showed her wrist works when coloring, how going from lighter to darker shades adds another facet to the picture. “She helped me color one picture and I caught up with it fairly quick. Because I had spent a lot of time observing things around me, I knew what Michelle was getting at,” claims Aakriti.

How she did it

For mother’s day this year, Aakriti thought long and hard about what she could give her mother that could be meaningful. There was a blank A3 canvas at home and the idea of painting a mother-child image hit her. She had painted flowers once before for her sister’s school project and that was all the experience she had with painting. Aakriti decided to give it a try anyway. She sketched the picture and used watercolors. She sat painting for five hours straight. Although her first painting, she was surprised by the end results.
“Years of sketching and coloring turned out to be quite helpful with the color blending and composing,” she says. Since then she has made half a dozen paintings in larger canvases and more sophisticated designs. She paints everyday and late into the night, for four to six hours straight. “When I paint I don’t feel the need to snack or take a bathroom break. It’s just me and my work,” she says.

Anytime you feel like trying something different, something challenging, don’t ponder on it for more than a few minutes. Just get on with it, she says. “This particular bit has been the most helpful to me. Also because I had been drawing and sketching for years, I knew what art supplies I had to purchase to move on to painting. It’s only by doing that you realize what you need and where to improve. And observation is key,” she explains.

Initially, when Aakriti sketched, she claims to have been obsessed about getting the outlines and the shapes right. “Then I realized that for some crooks and angles, I needed to use a lighter shade of pencil or a thinner kind. It was then I understood that I needed to invest in a set of good sketching pencils,” she says adding that you will slowly figure out what positions, lighting, color types you are comfortable with as you progress.

According to Aakriti, there is no one rule fits all system when it comes to art. “Now that I’m painting canvases, the ideal way to paint one would be on an easel. But I cannot make myself paint sitting straight. I put down the canvas on the floor or on my lap and I paint bent over the canvas. I’m comfortable that way and feel much closer to my work,” she says adding that it’s about doing what works for you and learning along the way. 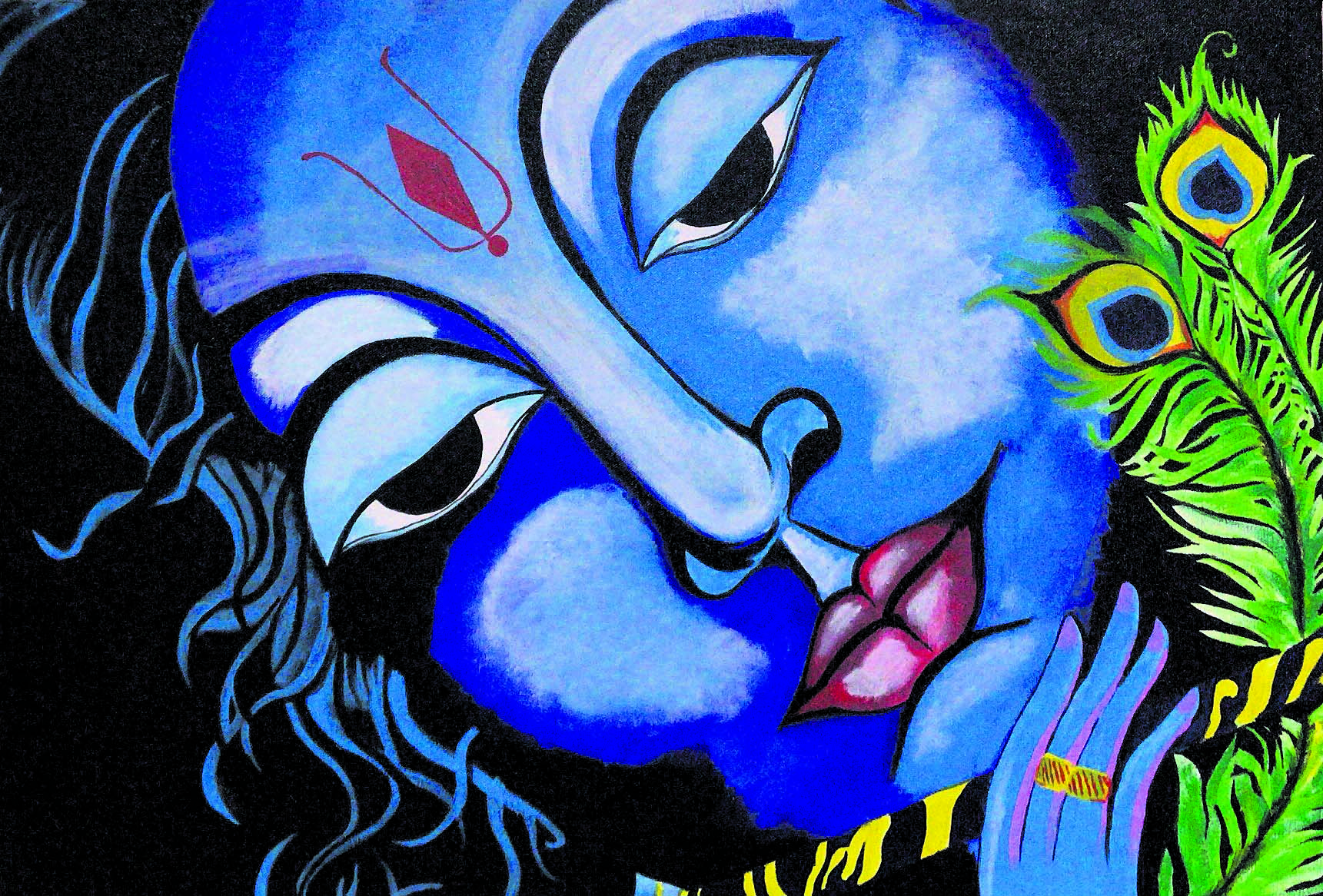 “Thang” meaning cotton and “ka” meaning images together make up the Tibetan word “thangka” which literally translates to images made... Read More...

Playing with patterns and colors

Samir Maharjan grew up with art and colors. Having lived the early years of his life in Patan, Lalitpur, he... Read More...

A very easy way of changing your space or some of your regularly used items such as helmets, toys, mugs,... Read More...