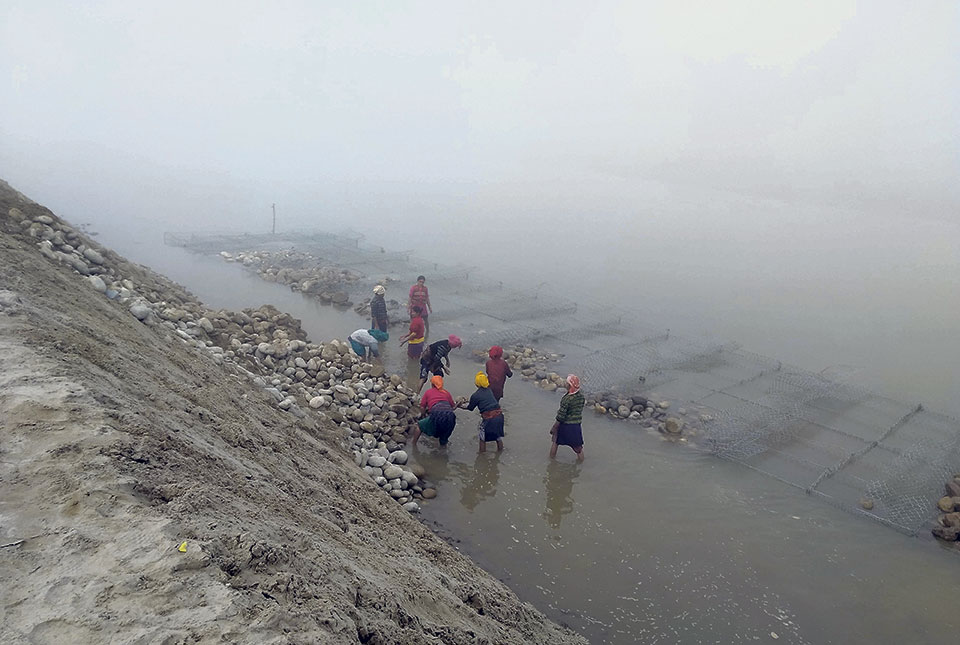 According to Inspector Raja Murad Ali, the local commander of SSB, the Indian security officials will not obstruct the construction of the embankment in the region in the coming days. Ali further added that the no man's land should not be encroached upon by any country while building any physical infrastructure along it.

Earlier, the SSB had obstructed the construction of the embankment on the Mohana River near Tikapur Municipality-7, claiming that the land lies on the Indian side.

The local representatives and Nepali and Indian security officials inspected the construction site on Sunday, urging to resolve the border dispute. They agreed not to obstruct the construction of physical infrastructure to be built along the river if such structure is built within the border of the two countries.

“Both the countries have agreed to take help of 'Google Map'. In the coming days, the high-level authorities will seek a long-term solution to the issue,” he said.

According to Ramlal Dagaura Tharu, chairman of Tikapur Municipality-7, pillar number 108 had been swept away by the river, and this had created a border dispute between the two sides. The Indian side had claimed the land between pillar numbers 107 and 109, refusing to accept pillar number 108 as a border point.

Tharu and Lautan Chaudhary, chairperson of ward 9, had urged the authorities to resolve the border dispute. They said that the Indian side will not obstruct the construction of the embankment in the coming days.

“The construction of embankment on the Mohana River will not be obstructed,” said Tharu, citing statements by the Indian security officials.

According to Dhirendra Shahi, representative of the company, the construction of the embankment has been resumed. “The embankment is being constructed in the flood-prone area,” he said.

Floods in the river have been sweeping away border pillars since long. That has also increased border disputes between the two countries.

KAPILBASTU, Aug 25: Five border pillars along the Nepal-India international border that were dislocated by floods on July 13 here... Read More...