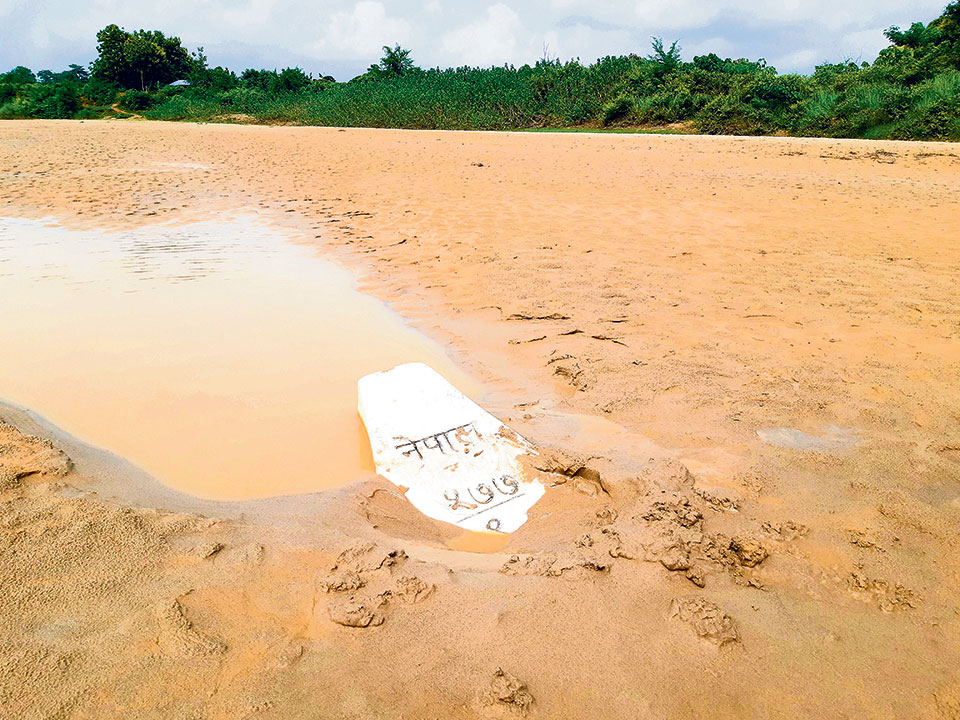 A border pillar displaced by floods in Kapilbastu. Photo: Republica

KAPILBASTU, Aug 25: Five border pillars along the Nepal-India international border that were dislocated by floods on July 13 here at Bijaynagar Rural Municipality of the district haven’t been protected even weeks after the incident.

The pillars were dislocated by floods in two rivers at ward number five and six of the rural municipality. The pillars have been pushed further away by the floods since then as they haven’t been repaired and reinstated in the original places.

Bhesh Bahadur Thapa of Bijaypur Rural Municipality-5 said that the pillars are in urgent need of protection. “Floods have been regularly pushing the pillars further away from their original position. If these pillars aren’t kept intact at their original locations, it may create dispute in the days to come,” he said.

According to policeman Parshuram Yadav of Thakurapur police post, pillar number 577/7 is fully submerged in water. “It can’t be seen in the surface,” he said.

Inspector Suman Nepal of Ganeshpur Area Police Office said they have already informed the District Police Office and Police Headquarters about the matter.

DSP Janak Puri of Armed Police Force, Kapilbastu said they have reported the case to the Police Headquarters and that they have kept the situation under their close watch.