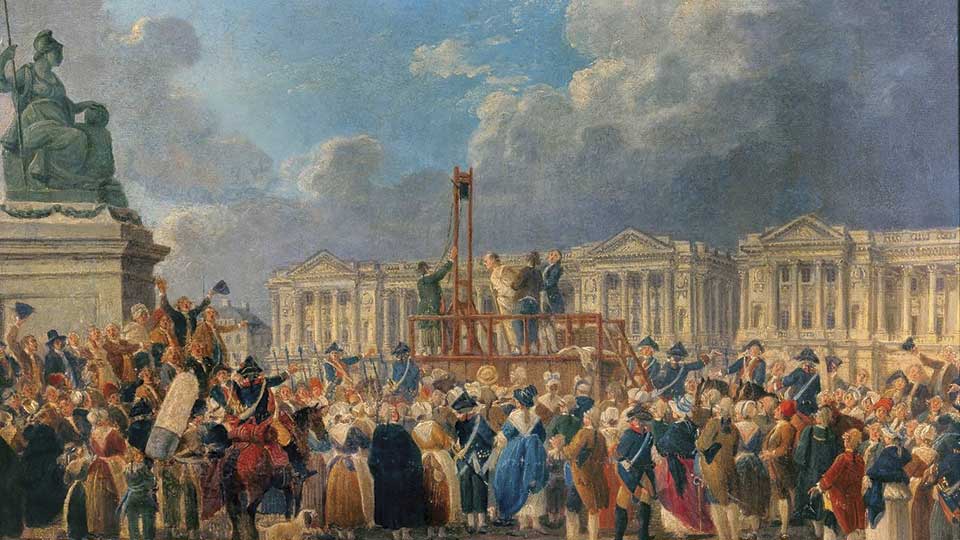 VIENNA – Humans are partial to bad news. Media outlets reflect and shape this preference, feeding us woe and panic. Long, slow, positive trends don’t make it to the front page or to water-cooler conversations. So we develop peculiar misperceptions, especially the idea that a preponderance of things are going wrong.

When I published The Skeptical Environmentalist in 2001, I pointed out that the world was getting better in many respects. Back then, this was viewed as heresy, as it punctured several common and cherished misperceptions, such as the idea that natural resources were running out, that an ever-growing population was leaving less to eat, and that air and water were becoming ever more polluted.

In each case, careful examination of the data established that the gloomy scenarios prevailing at the time were exaggerated. While fish stocks, for example, are depleted because of a lack of regulation, we can actually eat more fish than ever, thanks to the advent of aquaculture. Worries that we are losing forests overlook the reality that as countries become richer, they increase their forest cover.

Humanity’s success in reducing poverty is an extraordinary achievement, and one that we are far too reticent about acknowledging.

Since I wrote the book, the world has only become better, according to many important indicators. We have continued to see meaningful reductions in infant mortality and malnutrition, and there have been massive strides toward eradication of polio, measles, malaria, and illiteracy.

By focusing on the most lethal environmental problem—air pollution—we can see some of the reasons for improvement. As the world developed, deaths from air pollution have declined dramatically, and that trend is likely to continue. Looking at a polluted city in a country like China might suggest otherwise, but the air inside the homes of most poor people is about ten times more polluted than the worst outdoor air in Beijing. The most serious environmental problem for humans is indoor air pollution from cooking and heating with dirty fuels like wood and dung—which is the result of poverty.

Two hundred years ago, almost every person on the planet lived in poverty, and a tiny elite in luxury. Today just 9.1 percent of the population, or almost 700 million people, lives on less than $1.90 per day (or what used to be one dollar in 1985). And just in the last 20 years, the proportion of people living in extreme poverty has almost halved. Yet few of us know this. The Gapminder foundation surveyed the UK and found that just 10 percent of people believe poverty has decreased. In South Africa and in Sweden, more people believe extreme poverty has doubled than believe—correctly—that it has plummeted.
How do we continue our swift progress? There has been no shortage of well-intentioned policy interventions, so we have decades of data showing what works well and what doesn’t.

In the latter category, even well-considered ideas from the world’s most eminent thinkers can fall short. The ambitious Millennium Villages concept was supposed to create simultaneous progress on multiple fronts, producing “major results in three or fewer years,” according to founder Jeffrey D Sachs. But a study by the United Kingdom’s Department for International Development shows the villages had “moderately positive impacts,” and “little overall impact on poverty.”

It’s more constructive to focus on what works. Global analysis of development targets for Copenhagen Consensus by a panel of Nobel laureate economists showed where more money can achieve the most. They concluded that improved access to contraception and family-planning services would reduce maternal and child mortality, and also—through a demographic dividend—increase economic growth.

Likewise, research assessing the best development policies for Haiti found that focusing on improvements in nutrition through the use of fortified flour would transform the health of young children, creating lifelong benefits.

Other Copenhagen Consensus research suggests that scaling up government e-procurement platforms would be transformative. This may sound tangential to poverty reduction, but it’s not. On average, developing countries use half their budgets on procurement; enabling transparent competition could reduce losses caused by corruption.
This is not mere speculation.

A case study in Bangladesh, which spends more than $9 billion on public procurement annually, found that piloting e-procurement in just one government department lowered prices by 12 percent, leaving more resources for other important budget priorities. The research shows that expanding digital procurement government-wide would save $670 million annually—enough to increase annual public-health spending by about 50 percent. The Bangladeshi government is now fast-tracking this expansion.

And the most powerful weapon in the fight against poverty is the one that got us where we are today: broad-based economic growth. Over the past 30 years, China’s growth spurt alone lifted an unprecedented 680 million people above the poverty line.

A global trade agreement—such as a successful conclusion to the stalled Doha Round—would lift another 160 million people out of poverty. Skepticism toward free trade hurts the world’s poorest. While other US policies and tweets by President Donald Trump get far more coverage, the current administration’s rejection of free trade could be the biggest tragedy.

Humanity’s success in reducing poverty is an extraordinary achievement and one that we are far too reticent about acknowledging. We need to make sure that we don’t lose sight of what got us this far—and what justifies the hope of an even better future.

Bjørn Lomborg is Director of the  Copenhagen Consensus Center and a visiting professor at the Copenhagen Business School © 2018, Project Syndicate www.project-syndicate.org

ACPL is a lesson, not a lynchpin

Impeachment motion is not related with govt change: Gyawali