Say no to syndicate 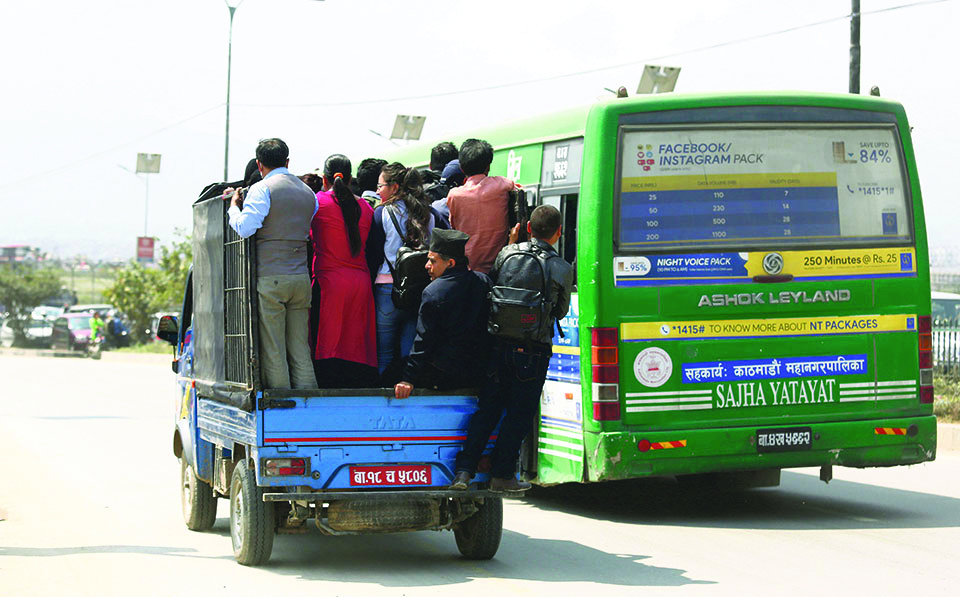 Various governments in the past attempted to break the syndicate. The move was backed by the Supreme Court’s decision in 2011 directing the government to put an end to the syndicate in transport sector. But the syndicate still thrived because National Transport Entrepreneurs Association (FNNTEA) turned out to be stronger than the government.

It seems the government will have to wait for some more time before the syndicate officially comes to an end, public transport operators register themselves as companies and start paying taxes and the people get the benefit.

The government decision to end the syndicate was right and just but it did not have a concrete plan to implement the decision. The only evident plan was to bring the existing transport committees under the company model and make them pay taxes to the government. Clearly, this is not enough. People have not felt positive change in the public transport sector. The government’s sole focus on raising taxes has dampened hopes of commuters.

Transport operators are unwilling to adopt company model because they will have to, in addition to paying taxes, provide additional facilities to their employees as required under company regulations. They have paid no attention to the fair share of gains the company model brings to them. They are entitled to own properties like any ordinary company, effectively protecting their investment.

This is the right moment for the two-thirds majority government to improve the transportation system. But it needs to work with credible plans. The government needs to plan well on issues such as route permits, capacity of vehicles, departure timing, ticket pricing, integration of time table and ticketing system, to name a few.

In Germany, Munich Transport Authority has been established through shareholding from state government, Munich City, eight administrative districts and 40 public transport companies. All the public transportation (metro rail, bus, tram) are operated through a coordinated system through the authority. In Berlin, Berlin Transport Company was established in 1992 by the municipality integrating public and private transport operators.

The government needs to expedite the process of registration of current transport committees as companies and at the same time work towards setting up a transport authority and bring all the operators under this authority. This authority must be granted the sole responsibility to plan and operate the public transportation.

Any investment in the public transport sector can be routed through this authority. This model should be replicated in all major cities of the country. To make this authority sustainable or even profitable, if required, government should be ready to subsidize the expenses of the authority as other countries have done. In Germany, Italy, the Netherlands and Belgium governments give subsidy up to 40, 60, 60 and 67 percent respectively. The focus and aim of the government should be on improving the public transport sector, not just collecting tax revenues.

The author is a transportation and traffic engineer

Madhesh Pradesh: Cabinet expansion delayed amid differences among parties
22 minutes ago
Bill on money laundering to be amended through fast track process
52 minutes ago