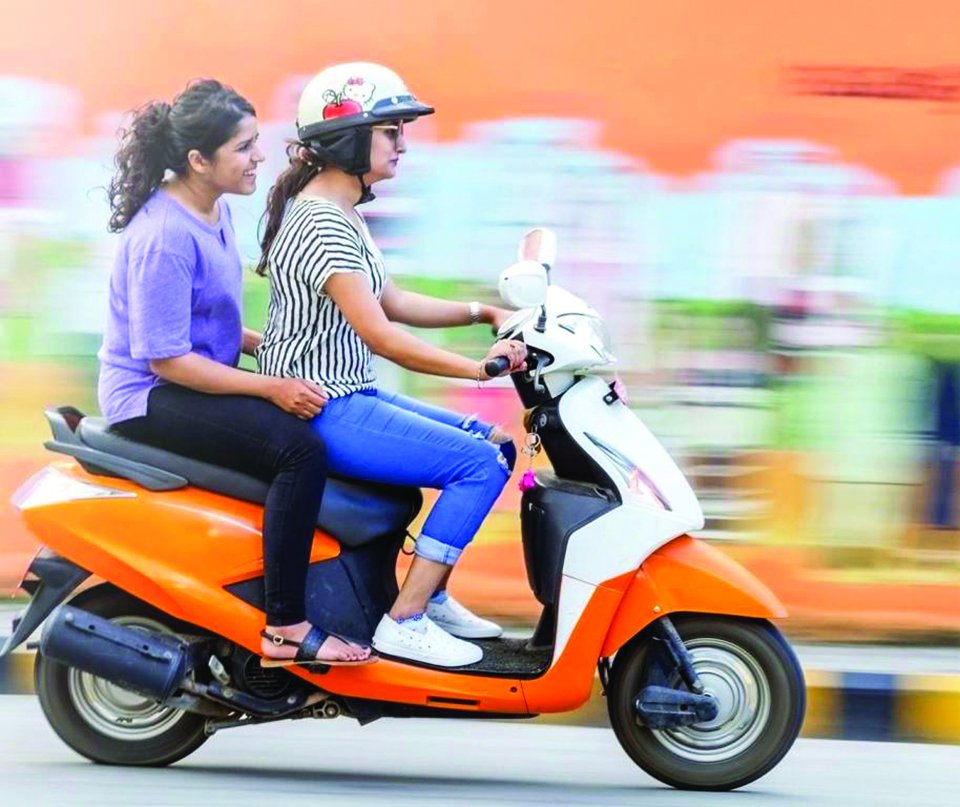 Pokharel is an educationist and author of several children’s books. Budhathoki is a law graduate
news@myrepublica.com

Few days back, police arrested Tootle and Pathao riders and claimed that these ride-sharing services were not legally registered. Then a few days later this newspaper reported that Tootle was evading VAT for 19 months. We were puzzled as to why the operators were arrested.

After some research we found that Tootle is a brand of Hyperloop Nepal Pvt Ltd, which is a company incorporated under the laws of Nepal. Tootle as such is a software application that serves as a means to find motorcycle/or any other vehicle-based services provided by third parties (Tootle drivers). It has created an online platform where after installing the app in the phone, people who own motorbikes can register as Tootle partners.  Those seeking a ride are registered as clients.  The only condition required is to be online, connected to the internet for both parties to be involved in sharing economy platform.

The history of Tootle is not long in Nepal. This concept started in the background of 2015 blockade. Due to the shortage of petrol and diesel during blockade, hitchhiking emerged as a new trend among Nepali people. At the time the government also encouraged this practice. Later, this trend took the form of business and Tootle came as a sharing economy platform. It has already been two years since this platform has started its service and is growing day by day.  What went wrong?

The recent action against Tootle partners has created a controversy. As a result people have started debating its legality.  After seeing pouring comments on both for and against the traffic action against Tootle bikers, we also did some research on the legality of Tootle. We found that traffic action against Tootle was taken as per Section 8 (2) of the Motor Vehicles and Transport Management Act (1993), which clearly states that, “No private motor vehicle shall be used for transport service.” According to Section 2 (g), “transport service’ means the transportation by a public motor vehicle of passengers or goods from one place to another in consideration of fares.”

Now the problem was that Tootle motorbikes were operated as a means of public transportation for business purpose by collecting a fare. Under such conditions traffic action against Tootle partners seems legally valid. But why were Tootle partners arrested and fined but not the company under which Tootle partners operate?

Traffic police punishing only the Tootle partners and making them pay a fine up to Rs 1000 is in fact controversial. These bikers use Tootle app in order to be eligible service provider. To qualify they have to submit documents such as driving license to Tootle and they are being monitored and tracked by Tootle during their service period. They are also paying commission to Tootle and tax to the government. So, who is operating business against the law, Tootle or bikers affiliated with it? It is pretty clear that Tootle is responsible and that they are the ones operating business against law because they ignored Motor Vehicles and Transport Management Act (1993) and provided platform to the individual bikers without which this ride sharing business can’t be operated.  Now this gives rise to another question.

Are bikers agents of Tootle or are they acting autonomously? Well it seems that the bikers have their autonomy up to whether they want to be a Tootle partner or not but once they are registered as Tootle partners they are bound by the terms and conditions fixed by Tootle. This means the Tootle partners and the company, which is operating Tootle business, should be equally responsible for operating business against the law. But is Tootle operating illegal?

If you go strictly by Motor Vehicles and Transport Management Act Tootle operation is against the law. But let us not forget that this law was framed more than 25 years ago. Traffic police seem to have made literal interpretation of law, which is not always right especially when modern technology challenges obsolete law. Such an action irritates the public and hence the public outrage. The whole issue became so controversial that Prime Minister K P Oli had to issue a statement, directing traffic not to take action against Tootle. Parliamentarians opined that rather than taking action it’s time to make laws to regulate this innovative business.

Government and the parliamentarians are showing a soft corner to Tootle because they understand that it has become a victim of obsolete law.  They understand that there has been a lapse in updating the law of the country. One of the major functions of government and parliament is to update the laws of the nation as per the need of the time. In Tootle case, society moved way forward whereas the law remained as static.

Finally, to get out of this embarrassing situation, the government needs to either enact a new legislation or amend the existing legislation to allow new innovations and practices permitted in other developed and developing countries around the world.

Of course proper management and monitoring should not be overlooked.  Passenger safety should also be a top priority. Though Tootle claims it is the safest way of travel its website clearly states that it doesn’t guarantee 100 percent security of their customers. Also in the name of promoting new technology, the government should not undermine breach of law when it comes to tax evasion. Ignorance of law should by no means be excusable.

The company that operated the whole Tootle business should be held responsible and the government should take measures to bring the parent company to abide by the law. At the same time, employment for youths, easy and accessible movement for people in crowded Kathmandu city at a cheaper fair compared to taxi—the services Tootle has provided—should not be undermined.

Tootle is a good option of public transportation if the government makes it easier to operate by redefining and updating the law and making the operating companies abide by updated law.

Pokharel is an educationist and author of several children’s books. Budhathoki is a law graduate

KATHMANDU, July 3: Making public the full text of a judgment, the Supreme Court on Tuesday directed the government to enact... Read More...